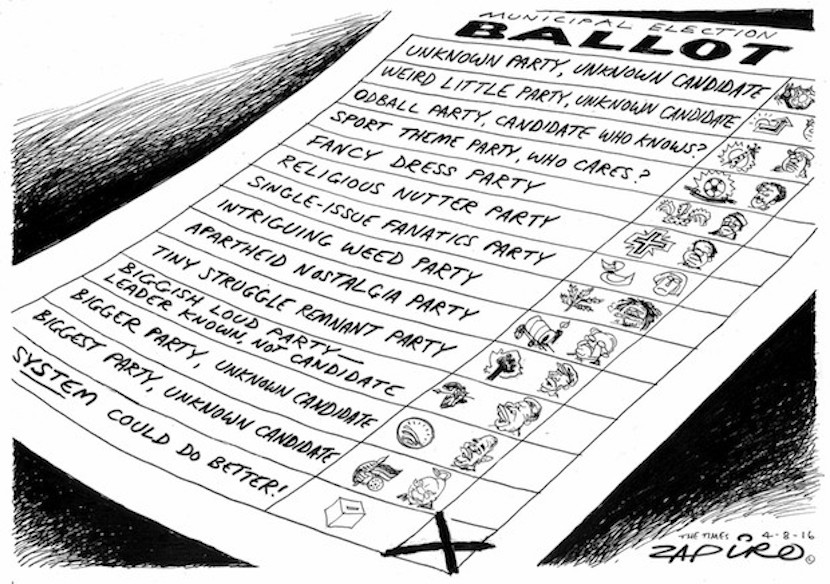 The most populace municipality in South Africa is still to deliver a final result in the election, but with only a few polling stations still to report, Johannesburg could be joining 26 other municipalities where no single party achieved an outright majority. The battle in Johannesburg is down to the wire with the ANC having won 66 and the DA 49 of the 130 wards that have been finalised. With the ANC at 44% of the proportional representation vote, as things stand it is still a few seats short of retaining the metro. There are some interesting names among the other “hung” municipalities. Three of the ANC’s supposedly safe metros in Gauteng -Tshwane, Ekurhuleni and Mogale City – top the list alongside Nelson Mandela Bay in the Eastern Cape. But there are a number of other interesting names on the list, many of them previous ANC strongholds like Rustenburg and Sasolburg. Here’s the full list of cities and towns where post-election horse trading will hit fever pitch in the next two weeks. – Alec Hogg