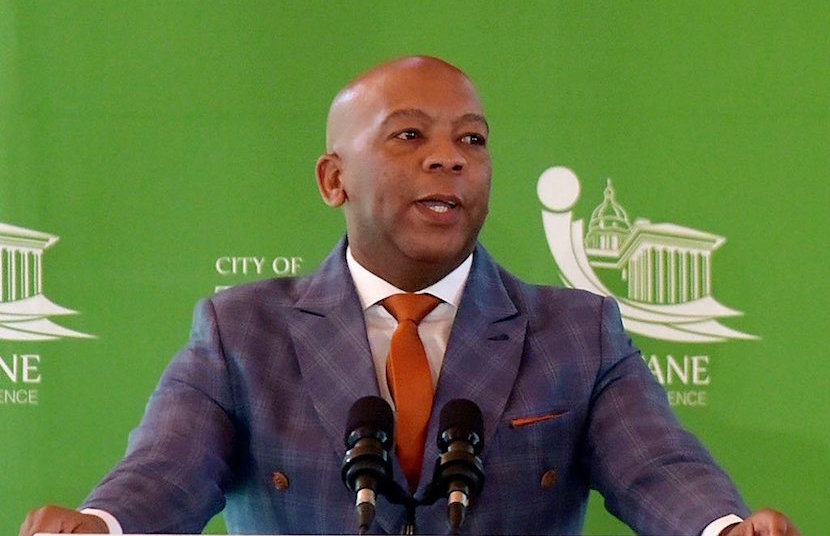 The fun has begun even before Tshwane’s mayoral chain is hung around a new neck. The ANC is talking tough, promising to make life difficult for its incoming opponents. Provided they fight fair and legal, that is as it should be. Democracy works best when in-built checks and balances are actually used. For more than 20 years that has not been the case in South Africa’s capital city. On the plus side, therefore, the ANC will apply its considerable heft to keep the former opposition honest. But a far bigger challenge for the party will be dealing with the emergence of abuses that, when you’re in power, are easily hidden. After 20 years and with seemingly little likelihood of ejection, even those political appointees who started diligently became lax, or worse. Competitive politics removes that drain on the system. After this historic election, Tshwane ratepayers will be hoping for the best of all words – a new broom sweeping away inefficiencies and the parasites of past patronage; and a strong opposition determined to hold the new leaders to account. That’s how democracy was always supposed to work. Welcome to the real new South Africa. – Alec Hogg

Pretoria – The ANC’s Tshwane chairperson, Kgosientso Ramokgopa, says running a Tshwane where the ANC has control of the majority of wards, will be a challenge for the alliance of political parties voting with the DA.

Ramokgopa’s statements come as the party prepares itself to be the official opposition in the municipality.

He pointed out that despite the ANC not being in control in the council, they had control of the majority of the wards in the region.

He said the mayor and the rest of the team that will be appointed, will have to deal with going to address communities that are ANC strongholds.

Apart from having to deal with crowds in ANC strongholds, the mayor would have to endure working with ANC councillors in those areas and have them introducing him to the crowd, he added.

“When the mayor is there, the ward councillor will do the welcome and 68 of these wards are under ANC control. The welcome includes many other things. He will say ‘here is the mayor he is here to see us. We said we want houses but we are still waiting’. It’s more complicated than you think it’s the case,” said Ramokgopa.

He said another test for the alliance of political parties in the council will come when they have to vote on matters that pertain to the advancement of agendas to improve the lives of the poor.

So new Mayor of Tshwane won't be wearing the Mayoral chain- it's been stolen.

“I don’t know if those who will be voting with the DA to have a mayor will be opposed to us relocating the informal settlements of Mamelodi into the affluent areas so that we build them better houses,” Ramokgopa told reporters on Tuesday.

“When we put this agenda, we will see the true colours of this alliance.” – News24

90% of budget must go to the poor – ANC Tshwane

Pretoria – As the ANC in Tshwane prepares for life in the opposition benches, the regional leadership says it will demand that 90% of the budget be dedicated to improving the lives of the poor.

“We want to restore the dignity of our people by ensuring that qualitative services get to be extended to our people, in particular, those who are located in the townships,” chairperson Kgosientso Ramokgopa told reporters.

The briefing comes a day before a new mayor is elected with no single party managing to obtain a 50% majority. The opposition parties have agreed in principle to work together and form a coalition government which would see the DA leading the municipality.

Ramokgopa indicated that despite them not being in charge, they would continue to fight to improve the lives of the poor from the opposition benches. He said the party had a minimum demand programme which it would be working with.

“We want to say to those who have voted for us and those who chose not to go and vote for one reason or the other that are supporters of the ANC, that the programme will constitute what we call a minimum demand for our people. The demand to create quality decent jobs for our people continues unabated,” said Ramokgopa.

He added that they had initiated projects such as Tshepo 10 000 which they would ensure continued.

“We will from the ranks of the opposition ensure that we vigorously pursue that agenda and that will constitute our minimum programme. It is something that we will pursue in an unflinching manner.

“The provision of decent housing, working together with the provincial government, the innovations that we have introduced with regards to a lighthouse which is a new innovation with qualities that are far more advanced than building traditional low-cost housing that this gets to be rolled out. We did the first phase in Nelmapius, we insist that as part of our minimum programme that it gets to be extended to all parts of the city, especially to the poorer areas,” he said.

Ramokgopa said another aspect of their programme would be to ensure the formalisation of informal settlements by insisting on the provisions of basic services such as waterborne sanitation, electricity and surfacing of roads.

“We had started already formalising 70 of these informal settlements and this must be accelerated going forward to improve the quality of lives of our people. As we occupy the opposition benches, we will insist on nothing less than this programme. We need to ensure a peaceful coexistence of the rich and the poor.

“We had already started our programme of relocating the informal settlement of Atteridgeville to Far West, relocating the people of Phomolong closer to Nelmapius and other areas of the traditional east. That must continue. The rich and the poor must continue to coexist to ensure we are able to deliver decent services,” said Ramokgopa.

He added that they would also not compromise when it comes to ensuring that the bus rapid transport system, A Re Yeng, reaches all areas of the city. He said despite the challenges they faced from the opposition when they were in government they would continue pushing to achieve that goal.

“One of the major objections we had was the opposition in the form of the DA refusing that certain routes should be used. Our view is that we design public spaces not for private car use but for public transport.

“The model of A Re Yeng which is different is that ownership must reside with the taxi industry, so that constitutes another aspect of our minimum demand. We will insist that the taxi industry continues to be front and centre of the A Re Yeng initiative because it’s meant to empower them,” Ramokgopa said. – News24