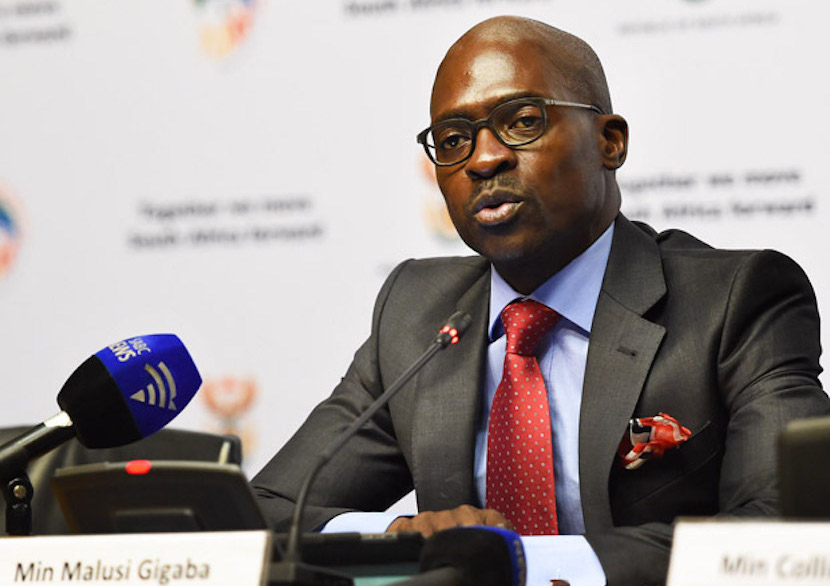 Over many years I’ve noticed that merely getting out of the country has a liberating effect on South African politicians. It is almost as though they only feel free to express their true thoughts when away from the ever present glare of local media. We’ve seen it again here with Home Affairs Minister Malusi Gigaba in an interview with Bloomberg in New York. Before blundering by imposing ill-conceived Visa regulations, Gigaba was whispered as a potential Presidential successor. Maybe he wants that back. He’ll surely get more attention after publicly expressing a reality everyone knows, but ANC insiders are desperately trying to downplay. Many believe the party of Mandela started unravelling when it turned from high ideal of nation building and seeking a bright inclusive future, into a backward-looking, revenge seeking cesspit of patronage, cadre deployment and crony capitalist plundering. Gigaba is the first high ranking member of the Zuma Administration to admit the shock delivered in the Municipal elections is but a taste of what awaits the ANC during the National Election in 2019. Competitive politics has many benefits. Unleashing the truth the most powerful of them all. – Alec Hogg

(Bloomberg) – Splits within South Africa’s ruling African National Congress may cause it to lose power at the next national elections in 2019, according to a senior cabinet member.

“If the situation stays as it is, the risk of losing power is there,” Malusi Gigaba, the home affairs minister, said in an interview in New York on Monday. “The ANC is divided. The center doesn’t seem to be holding. We need address that.”

While the ANC has dominated South African politics since the end of apartheid in 1994, it’s facing rising discontent as the economy barely grows and unemployment stands at 27 percent, among the highest levels globally. The party suffered its worst electoral result to date in municipal voting on Aug. 3, when it lost control of the cities of Johannesburg, the main economic hub, Pretoria, the capital, and Port Elizabeth.

“The elections drove a cold and brutal message that we can never take the support of the people for granted,” Gigaba, 45, said. “You have an unprecedented level of people who are feeling pessimistic, who feel the country is not going in the right direction. They say there are no jobs, there are high levels of corruption, crime is high.”

The party’s divisions have been worsened, according to Gigaba, by a police investigation into Finance Minister Pravin Gordhan, which may lead to his arrest. President Jacob Zuma has dismissed Gordhan’s request to fire the nation’s tax chief for insubordination and delayed his attempts to install a new board at the loss-making state airline. Opposition politicians have accused the head of state of using the probe to install a more pliant Treasury chief.

The prospect of Gordhan being fired sparked a sell-off in the rand and raised speculation that the nation’s credit rating may be cut to junk by the end of the year.

The investigation of Gordhan centers on allegations that he oversaw the establishment of an illicit investigative unit when he headed the national tax agency. While the probe must be allowed to continue and follow due process, it needs to be done quickly, Gigaba said.

“It adds to the poisonous environment,” he said. “It needs to be dealt with. Let those who are investigating speed up their investigations so that the matter is closed. It must not hurt the economy.”

Gigaba dismissed a call last month by the ANC Youth League, which he formerly headed, for the party’s next major policy conference to be brought forward from late 2017, when it will vote to give Zuma another term or elect a new party leader.

An ill-prepared conference “would replace one problem with a new one,” he said. “The worst thing the ANC can do is rush into an elective conference without a proper analysis of the challenges it’s facing, occasioned by the recent elections. We shouldn’t jump the gun. We’d be making a terrible mistake.