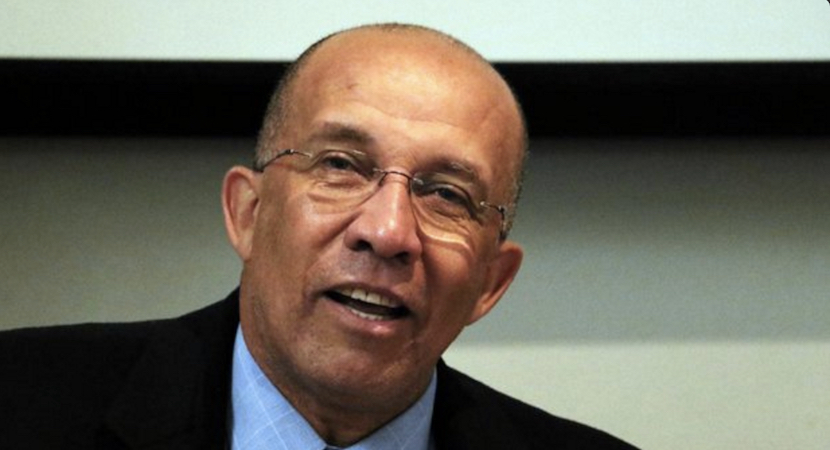 Kenneth Brown has found himself at the sharp end of Zupta acolyte Jimmy Manyi, but in so doing finds himself in good company (Finmins Trevor Manuel, Nhlanhla Nene, Pravin Gordhan and former Public Protector Thuli Madonsela were also targeted). And since becoming the Chief Procurement Officer at National Treasury these attacks have intensified, as Brown’s main responsibility was cost-cutting (in other words closing the door on ‘inflated tenders’). He was also one of the top four officials at National Treasury earmarked for “redeployment” by the proposed Van Rooyen-led Gupta takeover which sparked Nenegate. His most recent activity included blocking a Prisons Department contract worth R50m awarded for over seven times that much. He also secured a deal on fixed line telecom services, which will take “hundreds of millions of rand” off the State’s R2.2bn a year bill. The writing was on the wall as in April this year, Treasury dismissed reports that Brown was leaving in June for the private sector, but it seems the can was merely kicked down the road. And while the extra six months brought some much needed stability, the crows are circling and the country really does need its strongest individuals in critical government positions. But Brown isn’t the first, and he won’t be the last to make the switch, but we must commend him for the work he has done. All eyes will be on his replacement. – Stuart Lowman

Johannesburg – Kenneth Brown is to vacate his post as National Treasury’s chief procurement officer by the end of December 2016.

This is according to a statement from National Treasury bidding farewell to Brown, who is set to end his 19 year tenure at the government department.

Brown’s imminent departure comes after he expressed intentions in June this year to leave National Treasury for a career in the private sector.

Treasury, in a statement on Tuesday, said that it persuaded him to stay on to “solidify the processes and initiatives he led to establish the Office of the Chief Procurement Officer (OCPO) following his appointment by Minister Pravin Gordhan in 2013”.

“National Treasury bids farewell to Mr Kenneth Brown as he vacates his position as the first Chief Procurement Officer (CPO) of the South African Government,” said Treasury in its statement.

“Mr Brown joined the Department on 1 January 1998 as a Deputy Director and quickly rose through the ranks to become the Head of Intergovernmental Relations Division until his appointment as the CPO.

“In just three years, Mr Brown created and strengthened the OCPO, and led a series of key reforms aimed at elevating supply chain management in the public sector to its rightful strategic place.

Treasury said that Brown helped ensure “that government continues to get value for money through increased efficiency and reduction in wastage and corruption”.

Meanwhile, the OCPO is also now fully established with various capabilities such as  with policy and legislative formulation as well as governance monitoring and compliance.

“During his tenure at National Treasury, Mr Brown has served the public service with distinction and commitment,” said Gordhan in a statement.

Kenneth Brown leaves treasury under a cloud, with the Hawks still investigating payments made to him. https://t.co/kjzJFSwgqT

“Like a model civil servant who is not motivated by pay alone, in spite of lucrative offers from the private sector he agreed to delay his departure until some of the reforms he had started had reached a certain level of maturity,” said Gordhan.

Gordhan also said that Brown’s “dedication and commitment” was unwavering even in light of allegations by Mzwanele Manyi, which to date have not been substantiated.

Earlier this year, Manyi – who heads up the Decolonisation Foundation – said during an SABC interview that his foundation had received a dossier which shows large sums of money had been deposited into the bank account of Brown.

Manyi said he forwarded the dossier to the Hawks for investigation. – News24