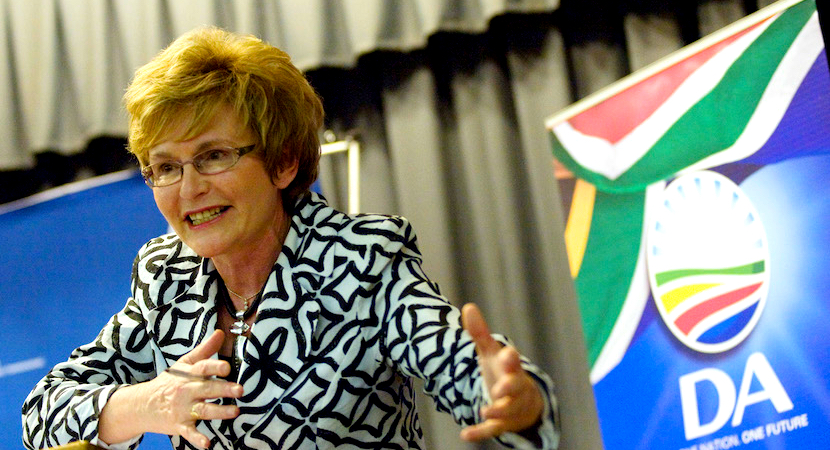 JOHANNESBURG — Sparked by a controversial colonialism tweet, it seems the Democratic Alliance and Western Cape Premier Helen Zille have reached a compromise. There were calls for her head from certain factions, including Economic Freedom Fighters’ leader Julius Malema, who threatened to disband the coalition if nothing was done. The announcement saw Zille retain her post as Western Cape Premier but she’ll be excluded from all DA structures, and has lost control of the medium that caused the fury. The party will control all her social media channels. Many will hope the party can now continue tackling levels of corruption and mismanagement in the African National Congress. – Stuart Lowman

Cape Town – The Democratic Alliance (DA) and Western Cape Premier Helen Zille have reached a settlement over her controversial remarks about colonialism.

Zille is expected to apologise unreservedly to the nation at a media conference in Johannesburg at 10:30 on Tuesday.

She will remain as premier of the Western Cape, but will no longer participate in any DA activity.

Zille will address the nation with DA leader Mmusi Maimane by her side.

Helen Zille, the former leader of South Africa’s main opposition Democratic Alliance, will remain as premier of the Western Cape province after publicly apologizing for tweets that appeared to defend colonialism.

Zille’s comments about the allegedly positive aspects of colonialism were criticized as offensive to black people and by the ruling African National Congress and some members of her own party, and threatened to undermine the DA’s campaign to shift away from being viewed as a mostly-white opposition group.

While the decision to keep Zille as premier may help to maintain support from white and mixed-race voters in the Western Cape province where she is seen as central to the party’s success, it could alienate black supporters in the rest of the country. Removing her from the post would have led to “a protracted legal battle” and that may have hurt the party in the run up to elections in 2019, according to DA leader Mmusi Maimane.

Zille will be excluded from all party structures and the DA will control her communication on politics, including on social media, Maimane told reporters in Johannesburg on Tuesday. Zille has 1.14 million twitter followers, more than three times the number the party’s official Twitter account has.

The DA is the country’s biggest opposition party and its seeking to capture more supporters from the black majority to broaden its appeal. It’s in power in the Western Cape, which includes Cape Town and is the only province not controlled by the ANC. Gains in council elections in August saw it take over several cities including the capital, Pretoria, and economic hub, Johannesburg.

Maimane says political leaders (including EFF) have said a lot of things about #Zille but he won't interfere in how they run their parties.

“After a period of debate and reflection, I recognize the offense caused by my tweets,” Zille said on Tuesday. “I therefore apologize unreservedly to the South African public who were offended by the tweets and my subsequent explanation of it.”

The tweets were also criticized by other opposition parties and Zille remaining in the top provincial post may put at risk the party’s agreement that helps it run some of the country’s biggest cities.

Julius Malema, the leader of the Economic Freedom Fighters, the second-largest opposition group, warned last week it will stop voting with the DA in city councils. That would leave the party without enough support to hold onto mayoral positions in Johannesburg and Pretoria. EFF spokespeople didn’t answer calls or respond to text messages seeking comment.