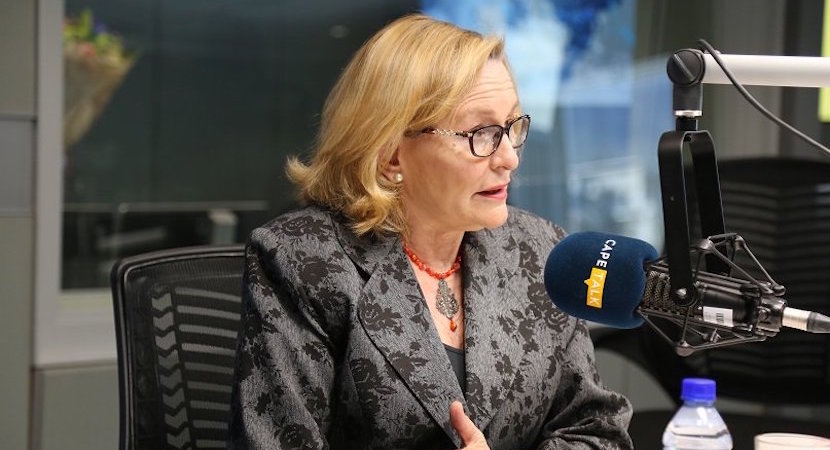 JOHANNESBURG — Public Protector Busisiwe Mkhwebane has once again shown that she’s clearly not fit for the job. In an utterly bizarre report and finding this week, she declared Western Cape Premier Helen Zille as having displayed a ‘conflict of interest’ when Zille facilitated the loaning of tablets for her son’s teaching of free extra maths for disadvantaged schools in that province. As Zille lucidly and cogently explains in this response posted below, the tablets were used for public good and were returned in good condition. In turn, they benefited learners in the province. As to how Mkhwebane could possibly come to such a finding is just beyond rational logic. And people within the ANC are even taking sides with Zille as Basic Education Minister Angie Motshekga has questioned Mkhwebane’s bizarre findings (click here to read more). – Gareth van Zyl

The Public Protector has once again, reflected her severely limited understanding of the constitution and the law, and I will, yet again, be taking her finding against me on review to the High Court.

I reject out of hand that:

1) There was any conflict of interest between my public role as Premier, and the fact that I supported my son, a mathematics teacher in Khayelitsha at the time, to borrow equipment of the Western Cape Education Department in order to run free matric preparation workshops in disadvantages schools and;

2) Insofar as there may have been a perception of a conflict of interest, I fulfilled the requirements of the law in mitigating it.

I wish to stress that if I faced the same situation today, as I did then, in 2014, I would do exactly the same because it was the right thing to do. The Director General of the Province, Advocate Brent Gerber, would also do the same thing again, because it was entirely lawful, constitutional, and appropriate in the circumstances.

The facts are these:

1) My son was a mathematics teacher in Khayelitsha.

2) He had prepared free matric revision programmes that he wanted to give, at no charge, during the October School holidays to disadvantaged learners.

3) He presented the revision workshop at the school where he taught and he offered the same revision courses to other schools. This offer was warmly accepted. However, at some of them, the digital platform was inadequate.

4) He mentioned this to me, and said he would probably have to cancel the workshops.

5) I thought it would be a pity if they did not go ahead, particularly for the learners. I mentioned this to the Director General of the Province at my normal weekly meeting where I raise a range of public queries I have received.

6) The DG reminded me that the Western Cape Education Department had acquired tablets precisely for this kind of usage, in a Cabinet mandated programme, and that they were due to be delivered at the beginning of the fourth term.

7) I asked whether they were potentially available for use during the holidays for the free matric mathematics revision, which would be in everyone’s interests, especially the learners.

8) On enquiring, the DG established that 150 had already arrived and would be available through the Western Cape Education Department.

9) My son then contacted the WCED and arranged to borrow the tablets for the free workshops, and returned them at the end of the holiday, as agreed, in mint condition.

10) Everyone benefited. There was no cost involved, no conflict of interest involved, and the feedback was very good.

11) The law and the Public Service Commission distinguishes between a Conflict of Interest (where a public interest contradicts a private interest), and a Congruence of interest, where there is no conflict involved. The latters was the case in this situation.

12) On the question of the risk of PERCEPTION of conflict I took care to prevent this, by writing a letter to the Director General, which I copied to other officials, saying that the tablets had to be made available to anyone else wanting to use them for the same purposes. In this way I ensured that my son would not receive special treatment. I wrote: “I just want to make it clear, as discussed with Minister Schafer, that these tablets should be available for use by ALL service providers who provide FREE services to students in the run-up to the examinations till the end of the year (not necessarily only matrics).”

13) Apart from the legal errors in the report, part of the remedial action proposed is also unlawful. This is another reason why I will take the report on a full review.