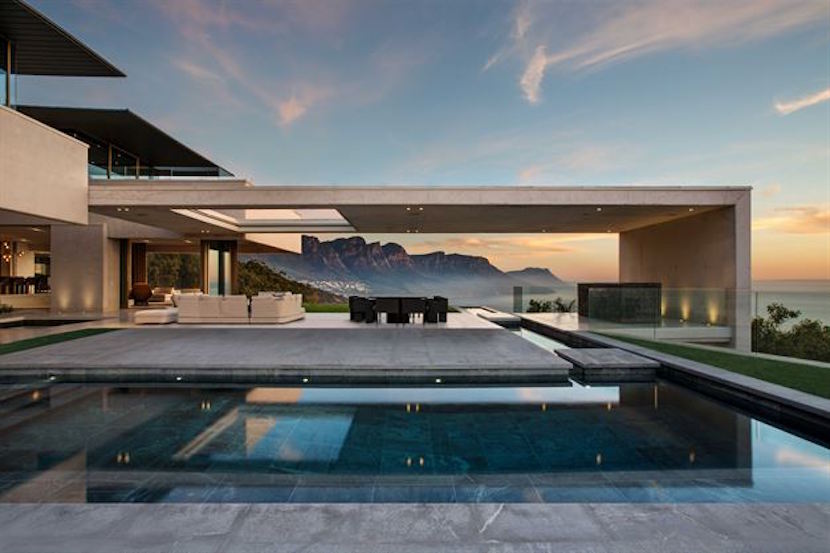 Upgrading Nkandla, or getting your hands on this beauty in Cape Town for a few extra million. I’m not sure the maths adds up. The home in Bantry Bay on the Atlantic seaboard was bought by a German family for R290 million. It’s the highest ever price paid for a home not only in South Africa, but all of Africa. The pictures speak for themselves. – Stuart Lowman

Cape Town – They had their eyes set on the sought-after seaside lifestyle in Ibiza or Saint-Tropez, but their hearts went with Cape Town instead.

This is how it all started for the young German couple who forked out R290m, the highest price ever for a house in South Africa and Africa.

“They buy beautiful homes around the world and it is the first time they bought a house in South Africa,” estate agent Adrien Epstein, who sold the property, told Fin24.

The couple were looking to buy a holiday home in Ibiza, an island in the Mediterranean Sea in Spain, or Saint-Tropez, a coastal town on the French Riviera.

However, it was an award-winning house nestled in Bantry Bay along Cape Town’s swanky Atlantic Seaboard that they fell in love with.

“There were six luxury cars in the garage,” said Epstein from Dogon Group Properties, specialists in luxury real estates along the Atlantic Seaboard.

He recalled how late one evening, while negotiating the deal on the telephone, the sellers from New York jokingly threw into the deal a Porsche Cayenne and an Aston Martin DB9. 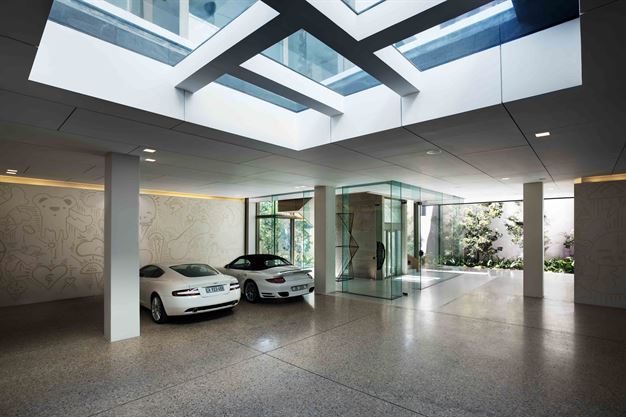 “It was all done in jest and the buyers had a good laugh and accepted it.”

Epstein had mixed feelings about being part of the record transaction.

“It felt similar to any other transaction. I never focus on the numbers.” However, he also added: “It was very exhilarating. The buyers were lovely, fun and a young family.”

He said a combination of factors such as size, location, natural beauty and extraordinary views makes the Bantry Bay family home so unique.

The home, roughly laid out in the shape of a horseshoe, boasts 360 degree views of Lion’s Head, Table Mountain, the Twelve Apostles, Clifton, the Atlantic Ocean, Bantry Bay, Robben Island as well as the lights of Fresnaye and Sea Point all the way to Mouille Point and beyond.

It has a level garden and terrace with wraparound swimming pool and VIP security. The 2 800m2home is also flanked by 5 200m2 of vacant land on either side. 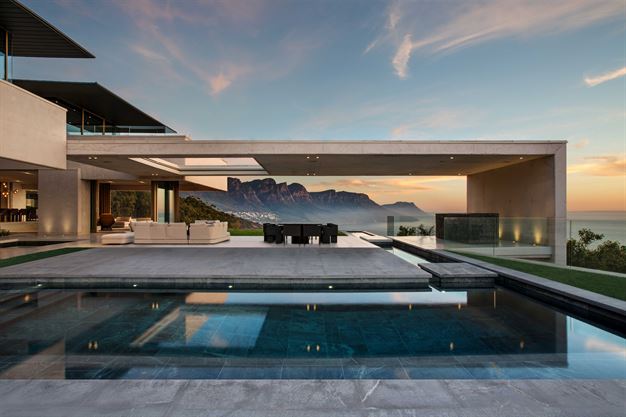 The house, known as OVD 919, has won numerous local and international awards, including most recently the popular vote category in the international 2016 Architizer A+Award for private houses over 500m2, as well as the 2016 Lafarge Artevia Decorative Concrete Awards in the category: House with a view.

It was built two years ago and designed by architects SAOTA.

“The design was driven by the need for a contemporary, sculptural, open plan home that would respond to its dramatic setting on a ridge above Cape Town’s Atlantic Seaboard,” Tamaryn Fourie, senior associate at SAOTA, told Fin24.

She said as a key objective to all the group’s designs, the connection between indoor and outdoor spaces was prioritised.

“By creating courtyards and inset spaces, the design is rich and porous. The large gallery type spaces are inspired by the magnetism of the site and its ever-present backdrop of the mountains and the sea.”

Fourie pointed out the home features one of the largest domestic landscaped walls in South Africa, and has a skylight over the garage which is a water feature. 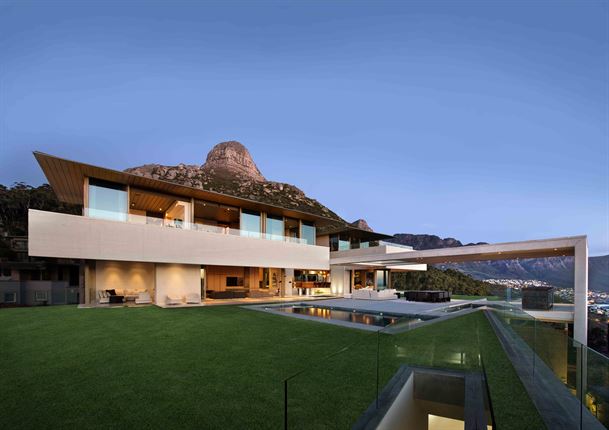 “Unusually, the most dominant finish in the house is off-shutter ‘white’ concrete which was custom designed.”
She noted that a distinct feature – which is highly visible from the Clifton beaches – is the 20m long unsupported concrete slab which was constructed using an innovative engineering solution.

Stefan Antoni, director of SAOTA’s award-winning architecture practice, said the price tag of the home is an accolade to the team of architects and builders who realised this unique design.

“This record fetching price gives recognition to the value of architecture that is powerful in form, refined in detailing and yet sensitive to Cape Town’s natural beauty,” she added.

What does this sale mean to Cape Town’s property sector?

Dogon said the demand for and amount of interest in the Atlantic Seaboard is impressive. 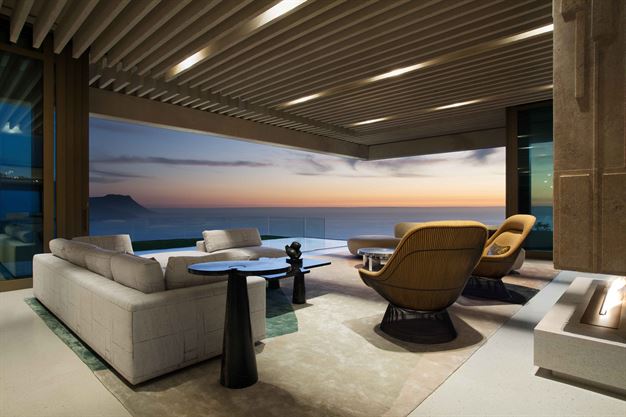 “This ranges from investor interest in a R2m studio apartment across the whole spectrum of property, including apartments and houses that have huge asking prices. All property on the Atlantic Seaboard is in demand.”

In May Dogon registered over R600m in property sales – with R550m on the Atlantic Seaboard alone – bringing total sales to over R1bn for the first half of 2016.

Dogon Group Properties opened their first office on the Atlantic Seaboard in 2002 and recently launched a southern suburbs office, which has already achieved the highest priced sale for a residential estate in Constantia.

Their expansion plans include opening a branch in Sandton later this year.

Based on data from Lightstone, Cape Town tops the list of South Africa’s top ten suburbs with seven of these suburbs, including the top Atlantic Seaboard suburbs of Clifton, Bantry Bay, Camps Bay, Fresnaye and Llandudno along with Bishopscourt and Constantia in the southern suburbs.

Only three Johannesburg suburbs are in the top ten list namely Sandhurst in Sandton, Westcliff and Dunkeld. – Fin24