Here’s a classic mail sent to us by retired entrepreneur, political candidate and racehorse trainer Ian Jayes. Confirming that nobody believes “wrinklies” anymore (anti-Brexit commentators included). Something which can be used to advantage.

No one believes seniors anymore

No one believes seniors…everyone thinks they are senile.

An elderly couple was celebrating their sixtieth anniversary. The couple had married as childhood sweethearts and had moved back to their old neighbourhood after they retired. Holding hands, they walked back to their old school. It was not locked, so they entered, and found the old desk they’d shared, where Jerry had carved I love you, Sally.

On their way back home, a bag of money fell out of an armoured car, practically landing at their feet. Sally quickly picked it up and, not sure what to do with it, they took it home. There, she counted the money – fifty thousand dollars!

Jerry said, we’ve got to give it back.

Sally said, finders keepers. She put the money back in the bag and hid it in their attic.

The next day, two police officers were canvassing the neighbourhood looking for the money, and knocked on their door. Pardon me, did either of you find a bag that fell out of an armoured car yesterday?

Jerry said, she’s lying. She hid it up in the attic.

The agents turned to Jerry and began to question him.

One said: Tell us the story from the beginning.

Jerry said, well, when Sally and I were walking home from school yesterday…

The first police officer turned to his partner and said, we’re outta here. 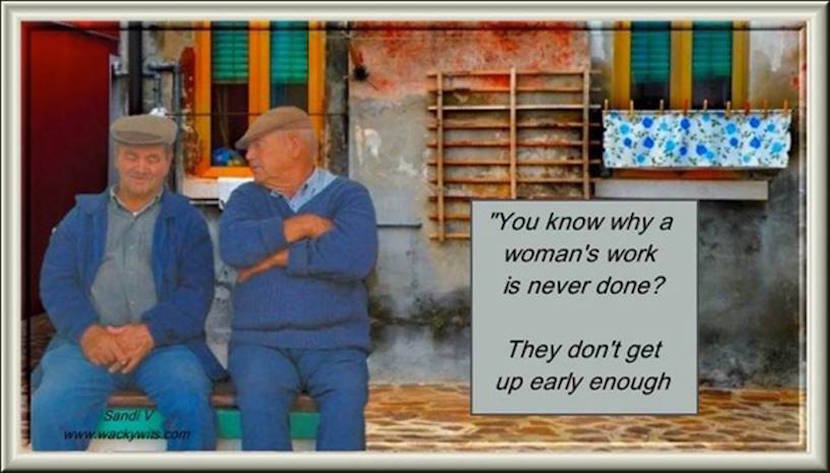 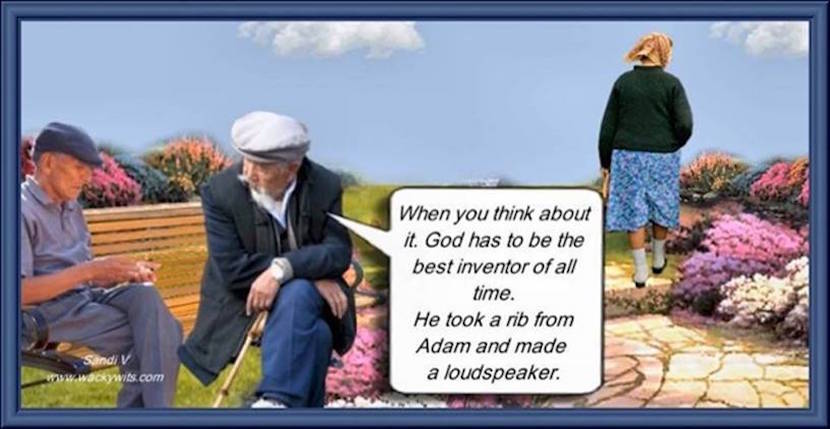 Earl and Bubba are quietly sitting in a boat fishing, chewing tobacco and drinking beer when suddenly Bubba says, “think I’m gonna divorce the wife – she ain’t spoke to me in over 2 months.”

Earl spits overboard, takes a long, slow sip of beer and says, “Better think it over…women like that are hard to find.”