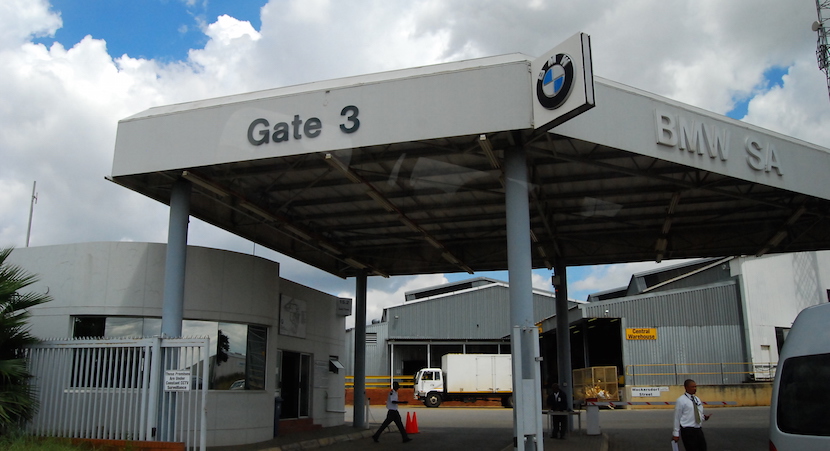 There’s more good news coming from local vehicle manufacturer’s than just about any other sector of the economy at the moment. On the back of an announcement from Nissan that the Japanese company will be doubling it’s local production volume from 2018 onward, BMW has revealed its plans for South Africa. Namely to invest R6bn in overhauling its Rosslyn plant.

The German automaker sees ‘substantial’ growth in African markets, especially for vehicles like the X3, prompting the decision to end production of the 3 series in Pretoria at the end of this model’s lifecycle.Thereafter the plant will become only the 2nd plant worldwide to roll X3’s off it’s production line, ready to ship them up through the continent and beyond. – Miles Downard

(Bloomberg) — BMW AG will invest more than 6 billion rand ($417 million) in the carmaker’s South African operations to start production of the newest model of its X3 sport-utility vehicle.

The X3 will replace the assembly of the German company’s 3- Series sedan at the Rosslyn plant north of Pretoria, the automaker said in a statement on Monday. It will be the first time the SUV has been produced outside the U.S., and the model will be sold locally and exported, including to other African countries, according to BMW South Africa Managing Director Tim Abbott.

BMW’s South Carolina plant, which produces all X models, will be at full capacity in 2016, Abbott said. The company wants to make sure production meets demand, which it expects to grow to be “substantial” in Africa, he said. Carmakers are expanding in South Africa even as economic growth slows and after strikes forced production halts in the last two years.

“28 percent of all the cars we sell around the world are X models, virtually one in three,” Abbott said in a phone interview on Monday. “We see the X3 as being, long-term, a high- demand vehicle in countries like Nigeria or Kenya or Tanzania.”

South Africa’s automotive-incentive program has attracted companies such as BMW, Ford Motor Co. and Volkswagen AG to set up and invest in factories in the country. The government’s statement this month that the system will be extended beyond 2020 “was very important to us,” Abbott said.

The number of vehicles produced in Africa’s most industrialized economy is projected to rise to 622,000 this year, according to the National Association of Automobile Manufacturers of South Africa.

BMW will spend more than 3 billion rand on the Rosslyn factory, plus an additional 3 billion rand on suppliers, startup costs and training. Production of the 3-Series will continue at Rosslyn until the end of the current model’s lifecycle, after which the switch will be made to building the X3, Abbott said, without providing a timeline.

The automaker will continue to produce X3s at its South Carolina plant, which is also earmarked to build the planned X7 model. While the company hasn’t announced projected production volumes for the X3 from Rosslyn, the additional potential markets in Africa will help prospects, Abbott said.

“A lot depends really on the success of X3 worldwide,” Abbott said. “Obviously it’s not our intention to go backward here, we want to be a more successful plant in terms of volume.”

BMW’s Rosslyn facility was the company’s first foreign plant when it was established in 1973. The factory is expected to produce about 70,000 3-Series vehicles this year and produced its one-millionth vehicle in February.