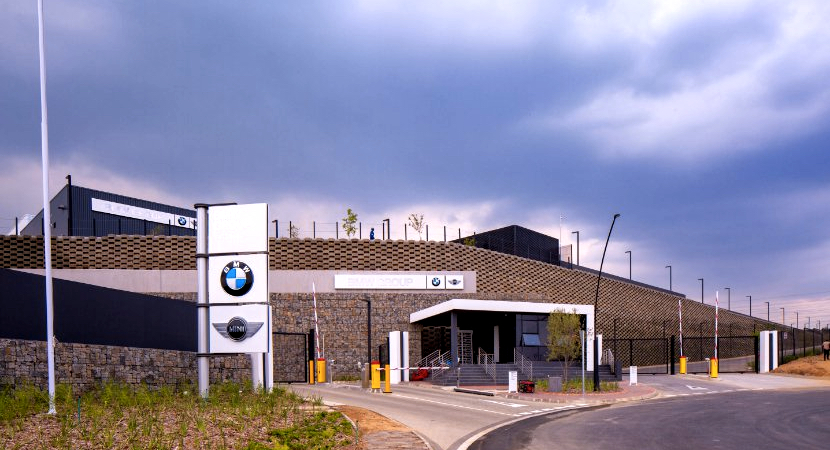 A year ago, almost to the day, BMW broke ground on its regional distribution centre located at Waterfall in Midrand. Last week the 32,000 square metre facility, costing R260m in a joint effort with Attacq, was officially opened for business highlighting the company’s commitment to operations in South Africa.

It’s been a big few years of investment for BMW Group South Africa. The company has over the last few years been upgrading its production facility in Roslyn to switch production from 3 Series models to X3 SUVs in higher volumes. That change came at a cost of R6.1bn. The plant is currently ramping up production, and the first customer vehicles are rolling off the line, marking a new chapter in the story of the plant in Rosslyn and the people who work there.

The new centre has capacity for some 600,000 different kinds of parts to be stored and sends deliveries out three times each day, either to local dealers or metro distribution centres located in Durban and Cape Town. There’s room for further expansion too, in the region of an additional 7,000 square metres in the medium term.

“The new Regional Distribution Centre will allow us to react timeously and seamlessly to changing customer needs because it is a state-of-the-art, highly technical facility.” said BMW SA CEO Tim Abbott.

“Taking care of our customers is a vital part of our business. This RDC will guarantee that we’re there for our customers when they need us most and that faster than ever, we can get them back to where they want to be – at the wheel of their BMW or MINI,” Abbott concluded.

Further investment is scheduled surrounding the old parts warehouse at BMW’s Midrand head office. A further R260m will be used for the upgrade of those facilities, including the development of the Midrand Campus for expansion of the company’s IT expertise.

The company executives in attendance at the opening, which included Wolfgang Baumann, Vice President Parts Logistics Management at BMW AG were ecstatic with the local partnerships and level of delivery achieved on the project which was not without its challenges. They too were excited about BMW Group South Africa’s ever increasing presence on a global scale.

The impact locally is equally exciting. In a time when automakers are pulling out of the country, others are identifying an opportunity to expand and in doing so invest in the local communities in which they operate. Nissan is another example of a local manufacturer which has plans to expand its local production capability, while last we checked with Ford it was expanding to the tune of R2.5bn for production of Everest models in Rosslyn.

Once again this demonstrates that South Africa’s private sector is open for business, with some forging ahead while others need the country to get its ducks in a row before head office will lash the cash. Cyril certainly has a lot on his plate, but the auto sector is a big one for South Africa and one that perhaps needs a political Midas touch to nudge those still on the fence.

(Bloomberg) – BMW AG sees this month’s start of production of the X3 sports-utility vehicle in South Africa boosting the car maker’s output in the country to its highest-ever volumes as capacity increases.

The German company is among several international automakers including Toyota Motor Corp., Volkswagen AG and Ford Motor Co. to be investing in South African production to take advantage of government incentives. BMW is producing the X3 at its Rosslyn plant north of Pretoria, the first time the SUV has been built outside the U.S.

The factory’s potential annual output will rise to 76,000 vehicles after an investment of 160 million rand ($13 million) announced in February. That level may be reached at some point over the next two years, according to BMW South Africa Chief Executive Officer Tim Abbott. He sees sales outpacing the market average in the country, though the majority of the vehicles are built for export.

“The maximum is 76,000, and at the moment that’s the plan in terms of the investment that we’ve done so far,” he said. “But like all things, we’ll be reviewing our volumes.”

BMW has invested more than 6 billion rand in the Rosslyn plant to date, and this week officially opened a 260 million-rand distribution center in Midrand, between Johannesburg and Pretoria. It plans to add a 270 million-rand office complex in the same area next year.

“We’ve had three or four years where the car market has declined in South Africa on the back of economic conditions,” Abbott said. “This year, if you look at what the economists are saying, they see a growth of about 3 percent across the whole car industry.”