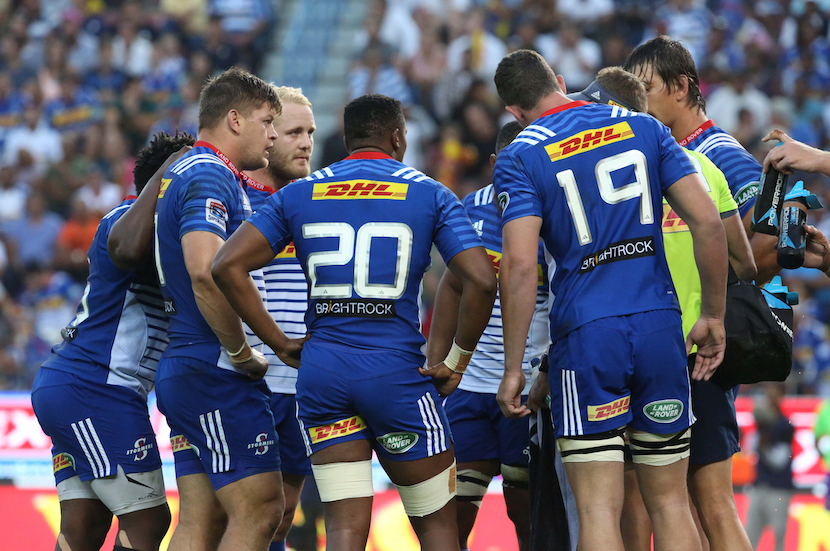 If ever the Stormers had a chance to hold on to the top spot in the South African group of Super Rugby, it was against the below-par Sunwolves. But on Saturday, the Stormers had to come back from a 14-point deficit to snatch a draw in the final seconds of the match in Singapore. The Cape Town team looked decidedly mediocre and coach Robbie Fleck is being pretty honest about why things went badly awry for his team. What’s clear from his post-match remarks is that the South Africans made the mistake of playing to the Sunwolves’ strengths, and only when they adopted their familiar game plan were they able to rescue the game. This result and the Lions’ resurgence against the Blues in the pouring rain at Ellis Park means the Stormers are now one point adrift of the Lions on the South African log, though in the complex world of Super Rugby they are still on top of African Conference 1 by three points over the Bulls. – David O’Sullivan

Cape Town – Stormers coach Robbie Fleck acknowledged after the game that the list of things that went wrong in his side’s 17-17 draw with the Sunwolves on Saturday was “long”.

It was comfortably the Stormers’ worst Super Rugby performance of 2016.

They looked flat, gave away too many penalties, made too many errors and due to a lack of cohesion seldom looked the attacking threat they were in their 46-19 win in the reverse fixture at Newlands last month.

A last-minute try from Vincent Koch spared the SA conference champions a few blushes, but it was nowhere near enough to take the attention off a display that has raised serious doubts over the Stormers’ chances of being a real threat in this competition.

17-3 down in the second half, the Stormers can at least take comfort in their fightback, but while Fleck praised the character he did not think his side deserved the draw.

“Obviously we’re very disappointed in our performance. It wasn’t what we are about. We did well to get the two points at the end but we didn’t deserve it so we’re not happy,” Fleck said on Sunday morning.

“We just want to put that game to bed and move on.”

It was difficult, Fleck said, to put his finger on exactly what went wrong.

“I don’t want to look too deep into it but we were flat and just too many errors,” he said.

“Tactically we got it wrong in the first half; the guys played too much rugby. We were too loose and lost all sort of form and structure … we should have played more of a territory battle.

“We had a dominant set piece but couldn’t utilise that to full effect.

“The list (of things that went wrong) is pretty long and it’s a tough game to review but certainly what we did in the second half was a little bit better, but still too many errors which sort of all forms of continuity.”

17-17, Stormers held by the Sunwolves. Really not entirely sure what to make of that. #SuperRugby #SUNvSTO

Fleck stood firm against suggestions that the Stormers had gone into the match over-confident.

“The week was really good so I don’t think there was much complacency. We trained really well on Monday and Tuesday before we left,” he said.

“Unfortunately we didn’t train when we were here, but we still had a good captain’s meeting and we went through a couple of plays.

“We felt that the prep was good but on the day it wasn’t … we weren’t good. We’re not an arrogant team and not complacent in any way … we’re a humble side.

“These things happen in rugby. You’re not always going to get it right.”

The Stormers, who have now surrendered to spot in the South African group to the Lions, now travel to Pretoria for a date against the Bulls on Saturday. – Sport24