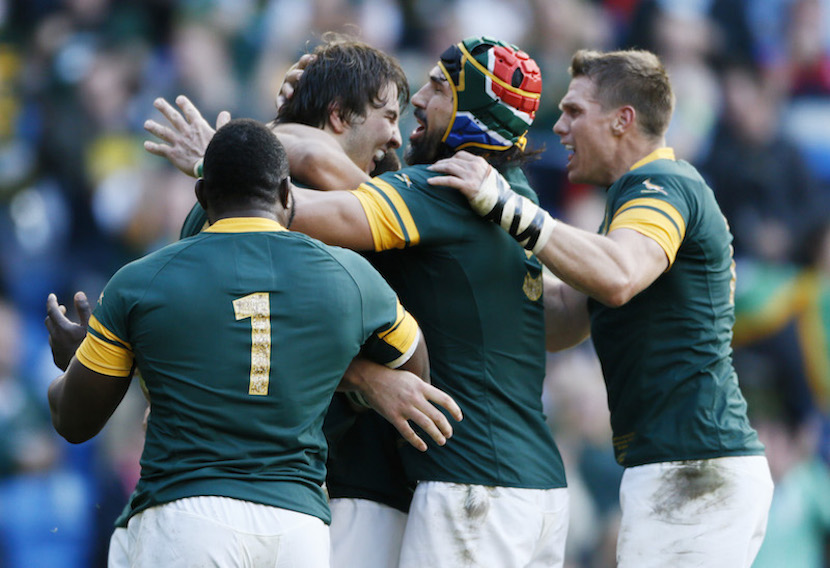 Springbok coach Allister Coetzee names his first Test team on Thursday. With rugby fans and critics surely deep in argument about who’ll be in the match-day 23 to face Ireland at Newlands on Saturday, we’ve received a few clues about the final lineup. SARU has announced four players have been released to the SA ‘A’ team. So you can exclude Scarra Ntubeni, Sikhumbuzo Notshe, Nic Groom and Garth April from your deliberations. April is the third-choice flyhalf, so his release to the ‘A’ team is no surprise after the news that Elton Jantjies can play with a specially moulded plastic finger cast. You can include in your deliberations all the overseas-based players Duane Vermeulen, Francois Louw, Steven Kitshoff who have now joined the squad. Jan Serfontein is out for four months, but Pieter-Steph du Toit has made a speedy recovery from his hamstring injury and rejoined the squad yesterday. This means 26 players are fighting for 23 places. Let the speculation begin. – David O’Sullivan

Cape Town – The Springboks have released four squad members to the SA ‘A’ side for the first of their two matches match against the England Saxons in Bloemfontein on Friday evening.

Hooker Scarra Ntubeni, flank Sikhumbuzo Notshe, scrumhalf Nic Groom and flyhalf Garth April are all members of the 31-man Bok training squad that first got together last week in Stellenbosch. They will join coach Johan Ackermann and his SA ‘A’ side on Tuesday evening in Bloemfontein and will be in action on Friday.

The four players will rejoin the Springbok squad on Saturday in Cape Town, where the Boks are facing Ireland in the opening Test of a three-Test series. The two remaining encounters between the two sides will be played on consecutive weekends in Johannesburg (June 18) and Port Elizabeth (June 25).

Meanwhile, the Springboks continued with their final preparations for the weekend’s big clash with a split session between backs and forwards in Cape Town earlier on Tuesday morning.

The backline players were put through their paces at the Cape Town Stadium, while the forwards performed their drills at the Green Point Track next door.

Experienced Springbok No 8 Duane Vermeulen said afterwards it was great to be back in South Africa. He plays his club rugby in France and is one of only three overseas-based players in the Bok squad.

A new dawn begins for the @Springboks when they take on Ireland this weekend. Will they start it with a victory? https://t.co/bZRXd2sidb

“It is very nice to be back amongst team-mates, those I know and also to meet the new faces,” said Vermeulen.

“There is a great spirit in the camp and we all looking forward to the first Test on Saturday. The Irish will come with a huge onslaught and our job this week is to make sure we prepare ourselves thoroughly so we are able to meet that challenge.”

Springbok coach Allister Coetzee will name his match-day 23 on Thursday afternoon at a media conference in Cape Town. The last time the Springboks and Ireland met in a Test on South African soil was 12 years ago, when Coetzee was one of the assistant coaches. – Sport24