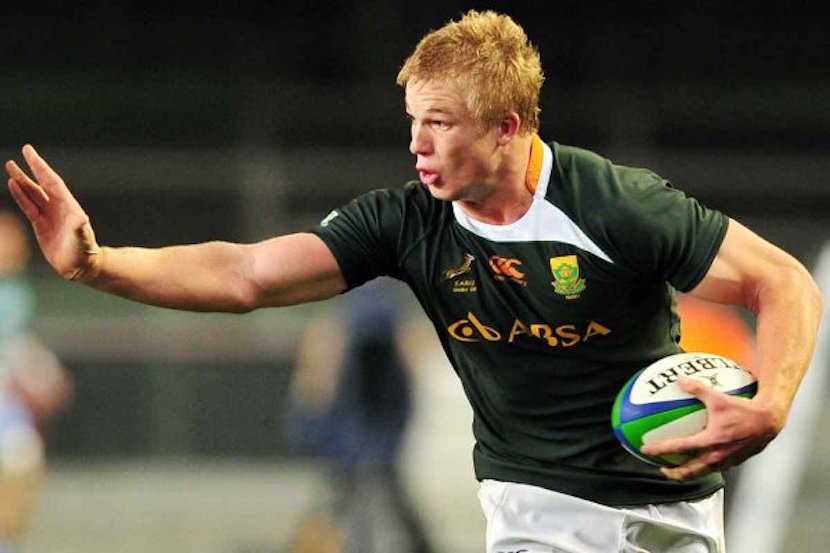 A Bok coach Allister Coetzee announces his match-day squad for the second Test against Ireland on Thursday. Apart from the enforced change of bringing Elton Jantjies into the starting XV and Morne Steyn to the bench, he might be looking at other options. Sport24’s Rob Houwing reckons Pieter-Steph du Toit deserves a start. The big Stormers lock has only once been in the starting line-up in the nine Tests he’s played – at flank in the infamous loss against Japan in Brighton. Du Toit has played in two other Springbok low points – the debut wins by Argentina and Ireland on South African soil. He’s never actually started a Test at lock, and has only played a total of 179 minutes of rugby in 9 Tests – the equivalent of just over two Tests. Will Coetzee give him a start ahead of Lood de Jager? – David O’Sullivan

Cape Town – A slight tweak versus a reprieve en masse … that is probably the tormenting debate in Springbok coach Allister Coetzee’s mind a day before he names his team for the critical second Test against Ireland at Emirates Airline Park on Saturday.

He has done more than just hint in the lead-up – he’s been much more clear-cut than that in media soundbites — that wholesale changes would amount to a panic signal, and that’s probably the least desirable characteristic a new mentor wishes to display at this point of his tenure.

There will, of course, be one enforced change as ruled-out Pat Lambie makes way for the expected presence of Elton Jantjies in the No 10 shirt.

But otherwise the match-day 23 he had named for the fateful Newlands clash earned widespread public and pundit support; seeking an urgent, angry response from virtually all of those troops to events in the first encounter, when they both outwitted and outmuscled, hardly seems a stupid idea … am I the only one expecting a particularly concerted backlash?

Read also: Allister Coetzee’s era off to a miserable start

That said, minor ways to spice up the mix for the Highveld clash will have gripped Coetzee’s attention at least to a degree.

A call-up for Johannesburg home-town hero Ruan Combrinck at right wing? Julian Redelinghuys, another Lions flag-bearer, for the penalty-leaking Frans Malherbe at tighthead?

I’d say those are possible more than they are probable.

But given the particularly neck-and-neck duel at No 5 between incumbent Lood de Jager and hungry reserve Pieter-Steph du Toit for the role of Eben Etzebeth’s lock partner, this may be the lone area where Coetzee makes a change by choice rather than necessity.

After all, some critical mutterings have surrounded the issue of reputation against Super Rugby 2016 form … and the latter is undoubtedly something that firmly favours Du Toit.

De Jager candidly admitted himself ahead of the Irish series that he hadn’t been producing his best rugby in a Cheetahs jersey, whereas Du Toit has consistently been one of the main pack dynamos in his maiden campaign for the moderate but still title-aspirant Stormers.

Coetzee: “There is no reason to panic. The only panic we have is to get it right next week & the players understand that.” #SSRugby

He must be simply itching for a first start in his favoured second row for the Boks; the blond bomber has nine caps but with a lone start slightly out of position at blindside flank in perhaps the worst possible fixture from a memory point of view – that loss to minnows Japan at RWC 2015 in Brighton.

Du Toit made the most of his 24 minutes off the “splinters” at Newlands, adding some much-needed intensity to a surprisingly lethargic Bok eight, and that’s even though you could argue he got lucky in some respects with his intercept try in the 69th minute which gave the favourites’ cause a fresh glimmer of light for a while.

But if the counter-argument is that you make your own luck, Du Toit was very comfortably on hand to grasp the opportunistic moment and streak over at the posts; he has an under-rated turn of pace to go with his many other attributes.

De Jager, it has to be said, had quite possibly his least impactful game for South Africa since he properly burst onto the scene with his maiden start (albeit third cap) against Scotland in Port Elizabeth in 2014, when he scored two tries – one a majestic gallop from almost 40m out – en route to a fine 55-6 victory.

Subsequently, he has quite commonly been either the top man or at least very close to that mantle in Sport24’s traditional player ratings out of 10 after Bok Test matches.

He was also immense — let’s not lose sight of that — for much of RWC 2015, where some neutral scribes had him in or only just outside their suggested World XVs after the tournament.

A lingering personal memory of De Jager in England was of him near-constantly making key midfield yardage with determined drives for the Springboks, which made it all the more surprising that he spilled at least two balls in contact against Ireland last Saturday.

Generally, however, he was no worse than the vast majority of Boks on a true video-nasty day for them all round, and if he has recovered in time for selection availability after reportedly missing some training early this week with a calf niggle, it would not be too much of a surprise if De Jager survives a “cull”.

But Du Toit is bubbling under almost irresistibly, and won’t De Jager know it!

What you may well see in the Big Smoke is less patience from the coach if certain players are under-performing once more, and thus the prospect of earlier instructions than in Cape Town for bench-men to ditch their tracksuits and prepare themselves for action … – Sport24