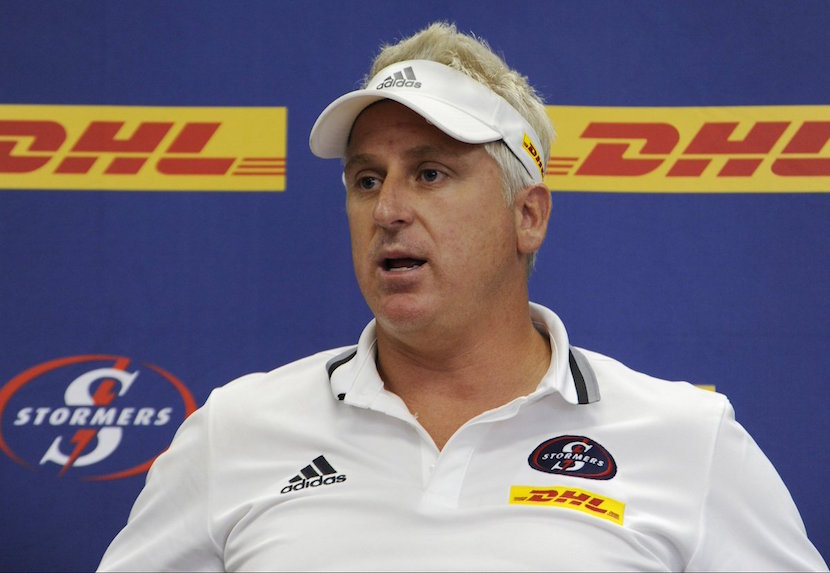 At the risk of sounding like a stuck record, here’s another view on why the imbalanced Super Rugby format is ridiculous – and it comes from Stormers coach Robbie Fleck. His side got through the competition up until the playoffs without once playing a New Zealand side. Given that the Kiwi franchises are the dominant teams in the competition, Stormers fans might have been relieved their side avoided tricky games en route to the playoffs. But to claim you’re a force to be reckoned with in Super Rugby you have to play against the best, and that’s why Fleck feels his side could have done with the tougher NZ opposition. – David O’Sullivan

The Stormers have been seeded third for the quarterfinals having won the Africa 1 Conference with 51 points and will host two-time champions, the Chiefs, in Cape Town on Saturday.

The match at Newlands, however, will be the first the Stormers have played this season against any of the five New Zealand teams, who have dominated the Australasian group and taken four of the five qualifying spots available.

Fleck said he would have preferred to have played New Zealand teams throughout the regular season, given how well their rivals were playing.

“It is a little bit frustrating because we have a young group of players and we are going through changes in terms of the way we want to play and want to grow as quick as possible,” he told Radio Sport on Wednesday.

“Certainly the Kiwi sides have shown they’re the best in the competition, they are changing the way the game is played and their skill level is of the highest quality. You want to match yourself against the best throughout the year.”

Read also: Is home ground an advantage for the Lions and Stormers?

Super Rugby’s conference system has been criticised in New Zealand for rewarding the Brumbies and Stormers with home quarter-finals at the expense of the Highlanders, Chiefs and Crusaders, who all have superior winning records.

Despite the dissatisfaction with the structure, Fleck said it was too early to change it for next season though there may be an opportunity to revisit it for 2018.

“It’s got to run its course obviously and next year we will play the Kiwi sides in the same format,” he said.

lol the Stormers are likely to make the Super Rugby finals without playing a single NZ team, what a joke of a comp

“Certainly the ground feeling is there will be changes come 2018 … but we need to see how it goes next year when we do play the Kiwi sides.”

The Stormers have entered the playoffs with four successive wins but they have been against the Cheetahs, Melbourne Rebels, Force and Kings, teams in the lower half of the table.

The Chiefs, in contrast, have played the Crusaders and Highlanders in two of their three games since Super Rugby resumed following the international break and are well primed to step up the intensity against the South Africans.

“We haven’t met that intensity yet,’ Fleck said.

“It’s pretty evident the intensity that the Kiwi sides are playing at, and we will only really know post game whether we can match the intensity, if not better it.

“We feel if we can get there physically, we can put the Chiefs under some intense pressure.” – Sport24