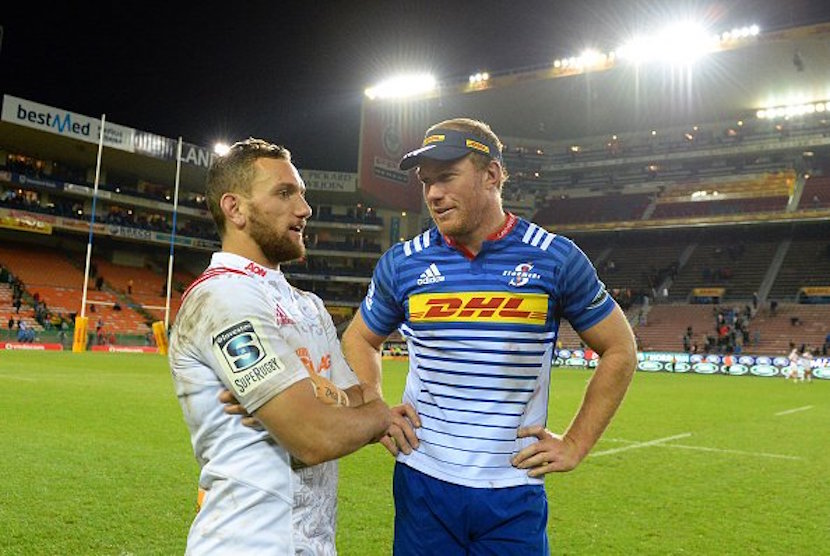 Is it premature to write off Schalk Burger’s international career? Schalk has said no to the Boks for the upcoming Rugby Championship. Of course, he’s not closing the door on future selection, but it’s clear Springbok aspirations aren’t high on his agenda. With so many talented, younger loose forwards battling to catch Allister Coetzee’s eye, Burger at the age of 33 might be counting time on his Springbok career. It’s been an almighty 86 Test career, thrust into Kamp Staaldraad at the age of 20 and the demoralising 2003 Rugby World Cup, the Rugby World Cup victory in 2007, the many injuries and the life-threatening illness that kept him out of international rugby for 2012 and 2013, the comeback that won him a Laureus World Sports Award. It would be a pity if one of the hardest men to wear a Bok jersey bows out of international rugby without a fanfare. – David O’Sullivan

CAPE TOWN, July 24 (Reuters) – South Africa flanker Schalk Burger is making himself unavailable for the national team for this year’s Rugby Championship to concentrate on playing for English club Saracens.

The 33-year-old, voted world player of the year in 2004, is joining the Premiership side after his Stormers career ended in a disappointing thrashing by the Chiefs in the Super Rugby quarter-finals on Saturday.

“My commitment for the moment is to Saracens, so I’ll be saying no to the Boks,” Burger told reporters.

After missing the June test series against Ireland because of injury Burger will not be available for this year’s Rugby Championship against Argentina, Australia and New Zealand.

“It’s a new chapter in my life and I’m looking forward to it. Saracens have a great family culture and great results, so I’m keen to go over and learn and come back a better person,” he told Reuters.

Burger has a two-year deal with Saracens and has not set his sights any further.

“I know (former Springbok team mate) Victor (Matfield) made it to 38 but I’m not sure I’ve got that longevity left in me.”

Saturday’s 60-21 home defeat for the Stormers by the Chiefs was not the farewell Burger had been looking for.

Read also: The incomparable Schalk Burger reflects on ‘a rugby life’ at Newlands

“We got blown out of the water after 20 minutes. It was a horror movie for us, the harder we tried the worse things got,” he said.

“So my last game at Newlands was not memorable but it’s been a good innings.”

The fiery blond-haired flanker has bounced back from a myriad of injuries and a near-death experience some three years ago when he sustained bacterial meningitis after having a cyst removed.

Burger won the comeback of the year prize at the 2015 Laureus World Sports Awards and went on to play in his fourth Rugby World Cup, where he extended his number of international caps to 86.