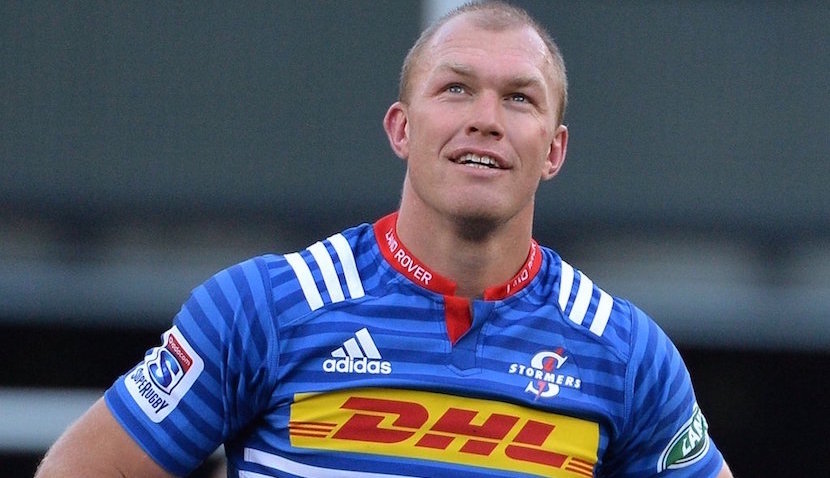 It seems strange to think that Schalk Burger probably won’t play for the Stormers again. The Western Cape franchise is out of Super Rugby and Burger is off to Saracens for two years. He might be too old to take on the youngsters when he returns. His outspoken criticism of the Super Rugby format though is an indication that he’s not expecting to be back and doesn’t care who takes umbrage. He complained that the conference system is too complex and called for a return to the round-robin system. He says the players want the challenge of playing the Crusaders at 9pm in freezing weather in Christchurch. That’s a life experience, he says. – David O’Sullivan

Cape Town – And, just like that, Schalk Burger’s days at Newlands are over.

It was fitting that he captained the Stormers in what would be his final outing after a 14-year-career in the blue and white hoops, but Saturday’s 60-21 thrashing at the hands of the Chiefs was a cruel way for a legend of the union to say ‘goodbye’.

But rugby, and sport, cares not for sentiment and the Stormers were badly exposed as they were thumped out of the Super Rugby quarter-finals.

Burger crashed and bashed away through the 80 minutes in what has become familiar fashion, but the sides on the field looked like they were from different worlds.

The Stormers were beaten; the 2016 season over as their leader left the place he has called ‘home’ since 2002.

The 33-year-old is off to Saracens where he has signed for the next two years.

There are no concrete plans after that.

Read also: The incomparable Schalk Burger reflects on ‘a rugby life’ at Newlands

Burger has enjoyed success aplenty at the Stormers, but he leaves without having won a Super Rugby title as that honour continues to elude the franchise.

“Obviously I’ve got a lot of good memories at Newlands, and unfortunately tonight wasn’t one of them,” Burger said.

“Of course it hurts but you’ve got to have perspective. I think this year this team came a long way. We started off on a journey with a young side and I think we did remarkably well to get into a quarter-final.”

Burger gave the current Stormers management, including coach Robbie Fleck, his stamp of approval on departure.

“Unfortunately today it just didn’t work and I think the challenge for this group is to stay true to their culture,” Burger said.

An exceptional rugby player but the greatest attribute of Schalk Burger – just so humble and treated everyone the same – media and fans!

“This is a good experience for a lot of us and we’ve got to strive to become better and a better team. Yes, tonight is painful but I’ve really enjoyed my journey with the current crop of players.”

Burger pointed to the fact that the Stormers had not met any New Zealand sides in Super Rugby this season, saying that that had madeSaturday’s quarter-final all the more difficult.

“They’ve got a certain style at the moment, all the Kiwi sides, that’s quite difficult to counter but I think next year will be positive for us that we’re playing against them,” he said.

“Once you start experiencing the style and adapting to it you get used to it, and we can catch up.”

Of course, the Stormers will have to catch up without Burger.

He does not have his flight date yet, but he is set to leave for England within the next few weeks.

“Obviously I’m quite keen. I’ve spent a lot of time at Newlands and it’s been a phenomenal journey but it’s the next chapter in my life and I’m looking forward to it,” he said.

“There’s obviously a great family culture over there. They’ve had great results and I’m quite keen to go over there and learn.”

Burger has also declared himself currently unavailable for the Springboks. – Sport24