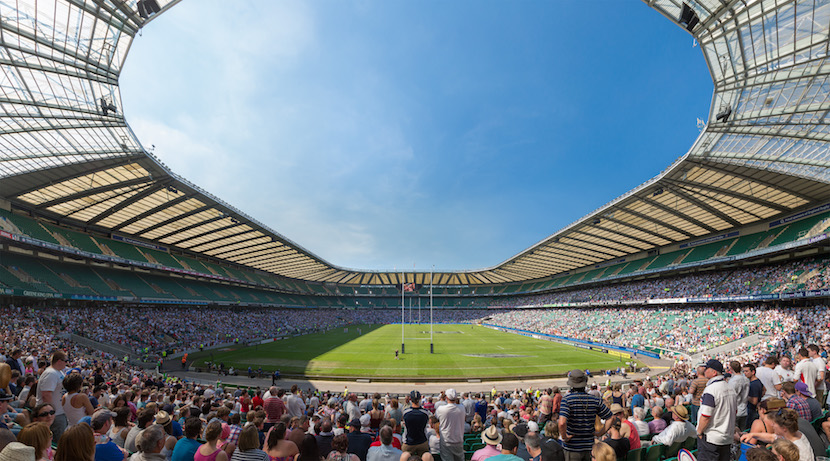 SANZAAR, the organisation that operates Super Rugby and the Rugby Championship, faces criticism over the enlarged Super Rugby format but insists the idea is to expose the game to bigger audiences. In keeping with the strategy of opening rugby to other markets, London is about to become a new venue for the Rugby Championship as Australia take on Argentina at Twickenham. It’s a venture that’s worked for other sports like American gridiron and basketball, so why not rugby? With the massive South African ex-pat community in London, Twickenham will be packed should the Boks play a Rugby Championship match at the home of rugby. – David O’Sullivan

The enthusiasm for big sporting events in the Northern Hemisphere means The Rugby Championship could become a regular visitor to Europe.

The SANZAAR tournament comes to London for the first time when champions Australia take on Argentina at Twickenham Stadium on October 8, the final game of the series that also includes New Zealand and South Africa.

London is seen as a key market for international sporting showpieces with regular season NFL and NBA games now staged in the UK capital.

And the success of the 2015 Rugby World Cup has underlined the potential for rugby’s growth according to SANZAAR Chief Executive Andy Marinos, who wants to “continue that approach”.

“We saw how positive the World Cup was in the UK and we feel our game is about taking it to as many supporters as possible,” said Marinos. “It’s a good opportunity for extra exposure and bringing a meaningful Rugby Championship game to London is something that will continue to promote rugby at a moment when its popularity is continuing to grow.

“The style of play in The Rugby Championship is a very exportable commodity to further increase the attractiveness of the sport. People want to see a free-flowing style and the game is moving in that direction.

“It’s also testament to what a big sporting arena London is. While the World Cup was on last year the NFL were kicking off a game [between Jacksonville and Buffalo] in semi-final week. London is the destination for big sporting events and it’s a unique opportunity to show what a lot of skill and talent there is in rugby.

“There are two very different approaches to the game and certainly that was clear at the World Cup, although this summer the Northern Hemisphere teams have really fronted up and you’ve seen England, Ireland and Wales adapting their game too.”

Partly ashamed, partly excited to say I've bought into the avaricious staging of Aus vs Arg's Rugby Championship game at Twickenham in Oct.

Argentina v Australia is a replay of last October’s World Cup semi-final, when Adam Ashley-Cooper’s hat-trick of tries sealed a 29-15 win that ended the Argentina’s run of four victories.

The Pumas joined The Rugby Championship in 2012 and have recorded wins over Australia (2014) and South Africa (2015) while the entry of the Jaguares team in Super Rugby this year has created more opportunities for Argentina to strengthen their player base.

They should be well supported in London with Argentinian ex-pats expected to travel from across Europe for the game.

“Argentina have been making one of the fastest rises in international rugby and with many of their players in Europe there’s always going to be a strong affiliation for them,” added Marinos.

“Australia, New Zealand, South Africa all have huge ex-pat communities in the UK so these games will be attractive to them.

“Australia and New Zealand have already taken international rugby abroad to the USA and to Hong Kong and people will continue to look at new markets but Europe and the UK has such a strong rugby heritage, and we at SANZAAR would like to continue that approach.” – Sport24