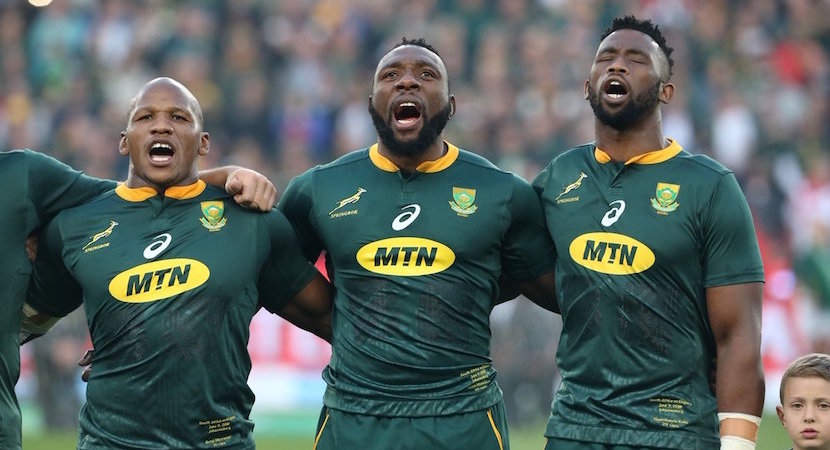 JOHANNESBURG — There was a time when Beast Mtawarira must have thought his Springbok career would be limited to 22 appearances. Up until then, he had been a central figure in Pieter de Villiers’s team which had won the 2009 series against the British and Irish Lions and had beaten the All Blacks in Hamilton. But as the team prepared to take on France in Toulouse during the end-of-year tour in November 2009, Beast found he was not wanted by the politicians. The Sports Ministry said that Beast was not a South African passport holder, could not be considered a South African citizen and therefore wasn’t eligible to play for the Boks. It was true – Beast was Zimbabwean, but SA Rugby argued that he complied with the International Rugby Board’s three-year residency rule and he played in the final three Tests of the year. But the political pressure was stepped up with the chairperson of Parliament’s portfolio committee on sport, Butana Komphela (whatever happened to him?) saying Beast should be deported to Zimbabwe. He missed the next 9 Test matches while the issue of citizenship was sorted out, he became a South African citizen and Beast resumed his international career. Had it not been for the politicians, Beast would have played his 100th game against Argentina in Port Elizabeth in August last year. But very little stops Beast Mtawarira, neither injury nor politicians. He has been a mainstay of the South African side since making his Springbok debut against Wales in Pretoria on 14 June 2008. Ten years later, almost to the day, he plays his 100th Test. Prepare for an emotional start to the second Test against England in Bloemfontein on Saturday. – David O’Sullivan

Tendai Mtawarira will make his 100th Test appearance for South Africa in Bloemfontein on Saturday in the second Test in the Castle Lager Incoming Series against England, becoming only the sixth Springbok to reach this special milestone. Kick-off at the Toyota Stadium is at 17h05.

The 32-year-old Mtawarira, better known as “Beast”, is the first Springbok prop to reach a century of Test caps and he joins an elite group of only seven props who have made 100 or more Test appearances.

Mtawarira will anchor the Springbok scrum in his milestone Test alongside hooker Bongi Mbonambi and Frans Malherbe, who makes a return to the front row after a lengthy absence due to injury.

Malherbe’s inclusion is one of only two changes in the starting team that beat England 42-39 last weekend in Johannesburg. He replaces his DHL Stormers team mate Wilco Louw. The other change sees Pieter-Steph du Toit returning to the starting fifteen in the No 7 jersey, with Jean-Luc du Preez moving to the bench.

Mtawarira made his Springbok debut exactly 10 years against Wales, on 14 June 2008 in Pretoria at the age of 22. The following year he was an instrumental figure in the Springbok tight five as he helped to steer the South Africans to a memorable 2-1 series win over the British & Irish Lions.

Since then, the soft-spoken front rower has established himself as a mainstay for the Cell C Sharks – he has 146 Vodacom Super Rugby caps to his name – and the Springboks. Apart from his 99 Tests, Mtawarira has also played in three tour matches for the Springboks to date, with two Test tries to his name.

Rassie Erasmus, the SA Rugby Director of Rugby, paid tribute to Mtawarira, whom he described as a great servant to Springbok rugby and a very good professional.

“Much like a typical front rower, ‘Beast’ is not someone who likes the spotlight,” said Erasmus.

“However, his contribution to Springbok rugby during the past decade has been enormous and I want to congratulate him on reaching 100 Test caps for South Africa.

“It is a special achievement and while he deserves the accolades, I know he will be totally focussed on the most important job, and that is to face an extremely determined England side on Saturday in Bloem.”

Erasmus added that an improved performance will be needed from the Springboks when the two sides meet again at the Toyota Stadium.

“England is a powerful side and I know Eddie Jones will have his team super prepared for Saturday,” said Erasmus.

“They will no doubt want to bounce back to level the series, so it’s going to be another huge Test of our resolve and character.”

The Springbok team to face England in Bloemfontein (in order of name and surname, franchise/club, caps and points):