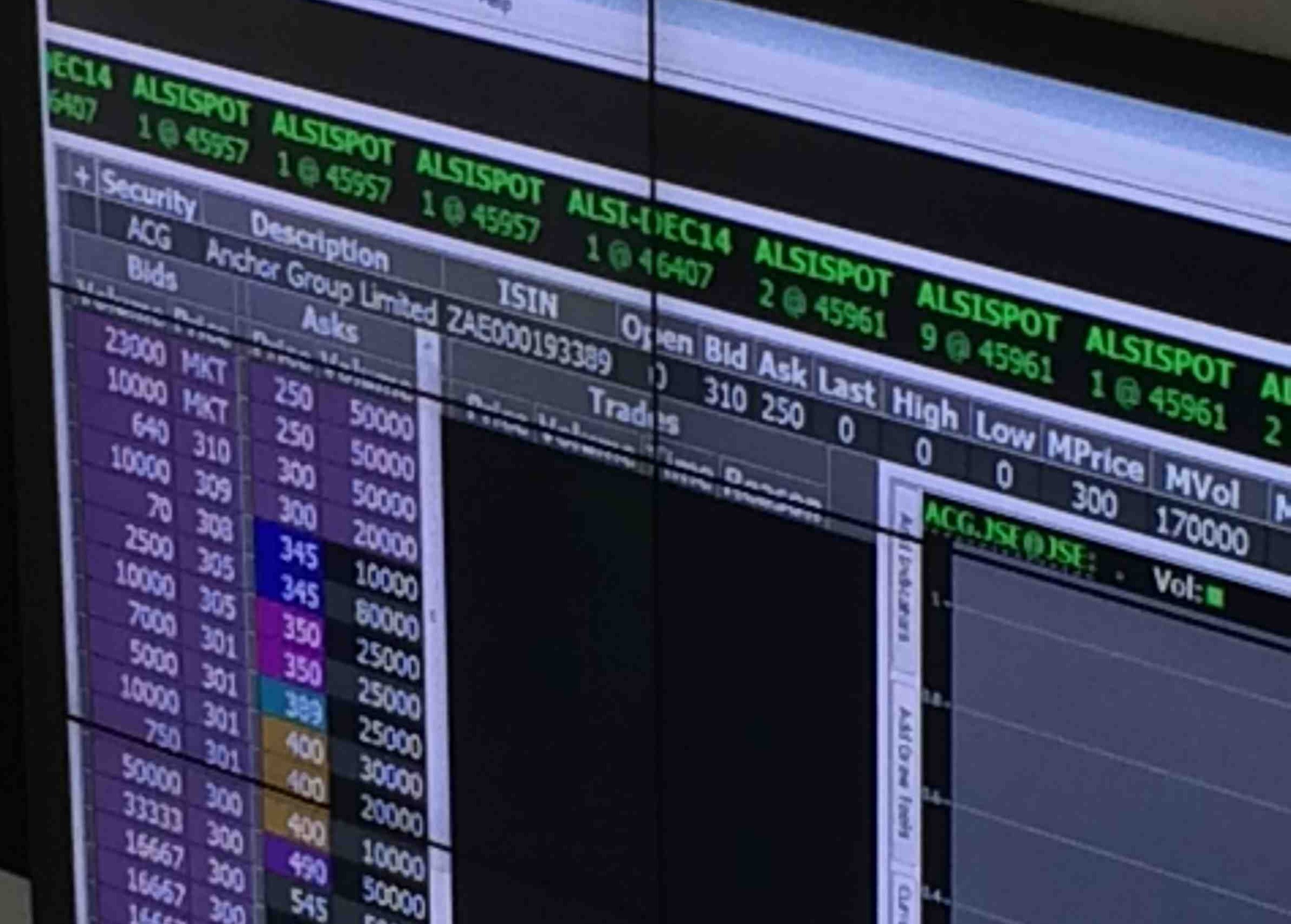 A dream that began three years ago for top rated investment analyst Peter Armitage became reality this morning when his Anchor Capital Group made its debut on the JSE’s AltX board. The shares started trading at 300c, a 50% premium to the price at which the stock was privately placed. By lunchtime they’re hit 390c, a virtual doubling the investment by stags. That capitalises the business at over R300m. Anchor is highly ambitious and intends using a big slice of the R60m raised ahead of listing to buy similar businesses – after acquiring its own building and repaying shareholder loans. During our interview on CNBC Africa, Armitage said he expects the be very busy in the weeks ahead.  That journey began really well this morning. – AH