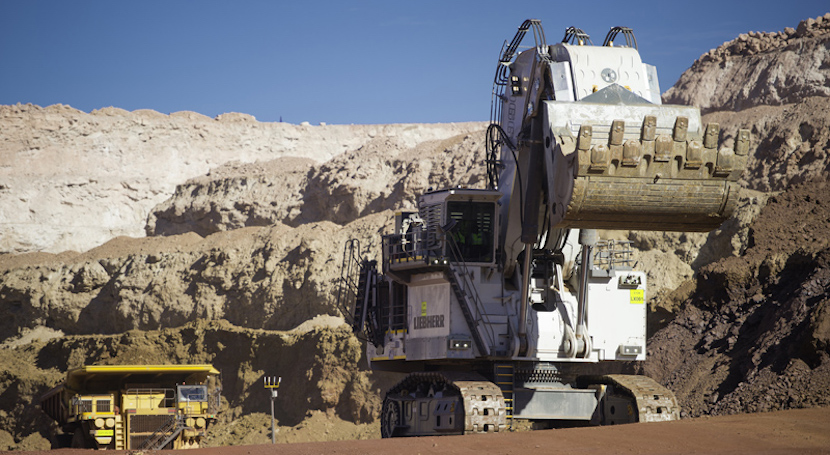 Just how badly Anglo American timed its global iron ore investments will be emphasised when its financial results are released on Tuesday. The group, for decades the most valuable company listed on the JSE but now down to 10th, is set to write another R40bn off the value of overvalued – around an eighth of its market capitalisation. Most of the write-off is on Anglo’s wholly-owned Minas-Rio iron ore mine in Brazil, an investment of R100bn that began in 2007 when the iron ore price was almost three times its current level. Anyone still wondering why former CEO Cynthia Carroll no longer occupies the Anglo executive suite? – Alec Hogg

(Bloomberg) – Anglo American Plc shareholders shrugged off a second writedown on iron-ore assets and an impairment on coal mines as investors adjust to a new reality of lower prices.

Anglo shares rose 1.8 percent in London after the company said it expects to record non-cash impairments of $3 billion to $4 billion on its Minas-Rio iron-ore operation in Brazil and some Australian coal assets.

The latest writedown in the value of the Brazilian asset, bought in 2008 for $5.1 billion, follows a $4 billion impairment in 2013. The project’s capital spending of $8.8 billion is more than three times the initial estimate, and Anglo is bringing it to full output as prices of the steelmaking ingredient fell 37 percent in the year ended June.

“The writedowns shouldn’t be a great surprise,” Stephen Meintjes, an analyst at Imara SP Reid in Johannesburg, said by phone. “The best you can do now is to get damn efficient. That includes trimming fat and headcount wherever you see it.”

“The first six months of 2015 have seen significant further weakness and ongoing volatility in the prices of the bulk commodities, particularly iron ore and metallurgical coal,” the company said in a statement Thursday. “Anglo American has therefore reviewed its near- and longer-term commodity-price assumptions at the mid-year.”

Output at Minas-Rio, which made its first shipment in 2014, was 1.8 million metric tons in the three months ended June 30 compared with 1.2 million tons a quarter earlier, it said. Volumes were “marginally behind plan” due to adjustments at a filtration plant and the company will provide an update on production forecasts next week, Anglo said.

The impairment of some Australian coal operations comes as contracts for the fuel loaded at the Newcastle Coal Terminal declined 16 percent in the year to June 30. Production of thermal coal for export from the nation climbed 38 percent to 1.3 million tons from a year earlier, Anglo said.

Iron-ore output from Anglo’s Kumba unit fell 9 percent to 10.4 million tons from a year before after a 14 percent drop in production at the Sishen mine in South Africa, Anglo said.

Output from its platinum unit, the world’s biggest producer of the metal, increased 60 percent to 572,000 equivalent ounces as some of its mines in South Africa recovered from a five-month strike that ended in June 2014.

Copper output fell 5 percent to 184,500 tons following a planned shutdown of processing plants at the Los Bronces mine in Chile due to water shortages, Anglo said.