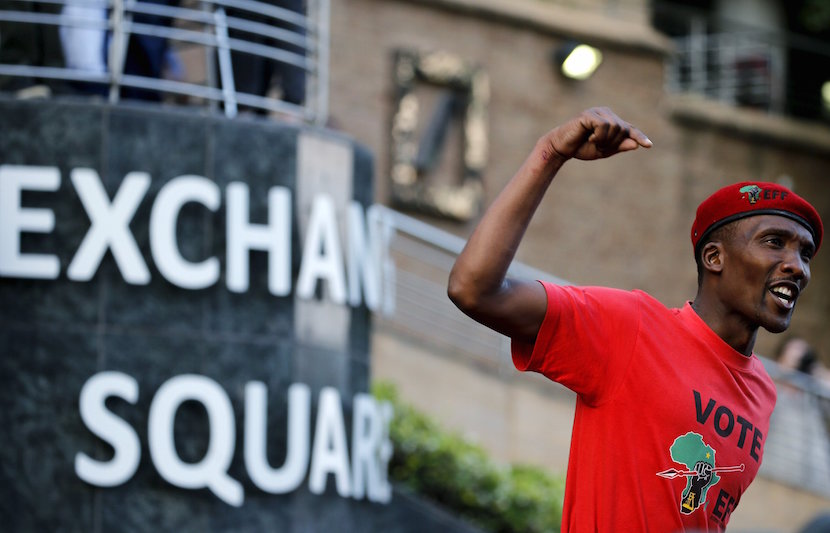 It was like a sea of red on the streets of Gauteng yesterday as around 40,000 Economic Freedom Fighters supporters protested. A leaf was taken out of the students book as despite the volume of people, it was an extremely peaceful gathering. The supporters made their way between ‘capitalist’ centres – Chamber of Mines, South African Reserve Bank and the Johannesburg Securities Exchange. The meeting with Nicky Newton-King, CEO of the JSE, is what has irked trade union Solidarity – Julius Malema accused the exchange of racism and white dominance. Below Solidarity looks to dispel this myth, and shows the transformation of ownership of JSE-listed companies. The concern is that Malema is using false facts, which may incite racial tensions and destroy any progress that’s been made. – Stuart Lowman

Trade union Solidarity today said that the statements made yesterday by Economic Freedom Fighters (EFF) and their leader Julius Malema are inciting racial tension unnecessarily and do not offer an accurate reflection of the reality.

This comes after the EFF, led by Malema, yesterday during the party’s marches to the respective head offices of the Johannesburg Stock Exchange (JSE), the South African Reserve Bank (SARB) and the Chamber of Mines, accused the Stock Exchange of racism and white dominance.

According to Solidarity Deputy General Secretary Johan Kruger, authoritative research undertaken by Alternative Prosperity indicates that, by the end of 2013, black South Africans already owned at least 23% of the shares on the JSE. Of this shareholding, 10% is directly owned by black investors, and 13% is owned indirectly by means of institutional investments such as pension funds.

“This doesn’t mean that the remaining 77% is only white owned. In 2013, foreigners have already owned 39% of the JSE and another 16% was South African owned, although Alternative Prosperity could not establish by which population group they were owned. The remaining 22% consists of white South Africans,” Kruger said.

“Malema’s distorted statements are totally unfounded and once again smacks of an attempt to drive his own race-driven agenda,” Kruger explained.

As far as the South African Reserve Bank is concerned, its 2014-’15 annual report shows that 50,9% of the SARB’s workforce is black compared with the 33,3% of white employees at this institution. 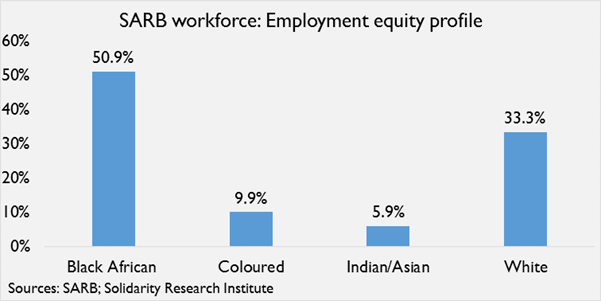 “These unfounded allegations made by Malema are indicative of the party’s attempt to incite racial tensions,” Kruger said.