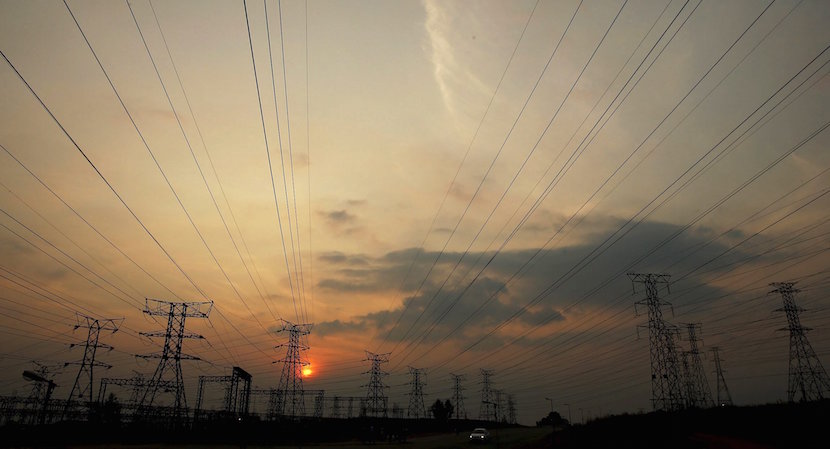 The reality of the situation for South Africans is that life has got a lot more expensive. Interest rates are on the up and inflation is set to breach the 6 percent target this year. And with Eskom asking the National Energy Regulator for yet another increase to cover a R22.8 billion shortfall, the noose could get even tighter. An unnamed source in the Bloomberg piece below says the Finance Minister Pravin Gordhan has thrown the idea of partial privatisation in the hat again. It’s not the first time this has been discussed as it was flirted with last year May as a means to secure funding and resolve the energy crisis. Gordhan wants to open up 49 percent of Eskom for private investment while current Eskom CEO Brian Molefe seems to agree with the concept but not the timing of it. Molefe doesn’t think it would be a good idea at this point in time as he doesn’t think they’d get a good price. But will things get better at the state power utility, without forcing the hand of Nersa? In Russia, President Vladimir Putin chased private investment for state-owned assets this week but the lack of response highlights a problem that’s gone too deep. Could the same happen to Eskom, and is now the ‘perfect timing’? Privatisation of state utilities has countless pros and cons depending on which side of the fence you sit. In this scenario – is the 49 percent holding the key to fixing Eskom? – Stuart Lowman

(Bloomberg) — South African Finance Minister Pravin Gordhan argued for the sale of a stake in the state power company at a meeting of senior ruling party leaders and government officials last week, putting him in conflict with the head of the utility, a person with knowledge of the discussion said.

Gordhan suggested private shareholders should be able to buy as much 49 percent of Eskom Holdings SOC Ltd., according to the person, who asked not to be identified as they aren’t authorized to speak to the media. Eskom Chief Executive Officer Brian Molefe disagreed with the minister at the meeting, the person said. “The only person who can comment on ANC matters is the secretary general,” Gordhan said Thursday in an e-mailed response to questions.

“There are people who felt to alleviate the financial pressures, a portion of Eskom needs to be sold to the private sector,” Molefe said in an interview in Johannesburg on Wednesday, declining to comment on what he or Gordhan had said at the meeting. “I don’t think it would be a good idea at this point in time. I don’t think we’d get a good price.”

Molefe, who has also run the state transportation company and fund manager that oversees the investment of government workers’ pension funds, was appointed to lead Eskom in April to stabilize the utility as power cuts due to inadequate generation capacity slowed economic growth. The company needs about 237 billion rand ($15 billion) over the next five years to fund building new plants and already has 322 billion rand in loans and bonds, according to data compiled by Bloomberg.

The company is building two coal-fired power plants and a hydropower complex as well as renewable energy plants.

How to fund Eskom was debated last week at a meeting of the ruling African National Congress’s top decision-makers, political allies, government officials and CEOs of state-owned companies, according to Enoch Godongwana, who chairs the ANC’s Economic Transformation Committee, and Molefe. Both participated in the discussion.

South Africa’s economy is struggling because of a commodity-price slump, slowing demand from China and the worst drought since records began in 1904. The World Bank this week said it’s “flirting” with recession and cut its economic growth outlook for the year to 0.8 percent from 1.4 percent. A lowering in the outlook of South Africa’s credit-rating, leaving it just within investment grade, and declining investor confidence following the surprise removal of Nhlanhla Nene as finance minister in December have contributed to a 12 percent decline in the rand against the dollar in the past three months.

Nene was replaced by a little-known lawmaker, David van Rooyen, who was in turn removed after four days and replaced by Gordhan, who had been in the portfolio from 2009 to 2014.

The people at the meeting didn’t agree on a course of action, Molefe and Godongwana said.

“There is a growing appreciation within the ANC that this issue must be tackled,” Godongwana said, declining to comment on the interaction between Molefe and Gordhan. Increased power prices and more debt are not ideal options, he said.

“There is a heightened level of interest and openness from the ANC and government to private sector involvement when it comes to supporting Eskom,” Rothschild Global Financial Advisory’s Chief Executive Officer in South Africa, Martin Kingston, said in a phone interview. “South Africa has no choice but to fundamentally address the issues around its state-owned enterprises and Eskom is by far the most critical of these.”

The timing of a partial sale would be poor because Eskom’s high debt levels and comparatively low electricity prices mean it wouldn’t raise a lot of money and the buyer would profit when cash flow improved, Molefe said.

“I would wait for our capital projects to finish, for better utility prices and I would sell then,” he said.