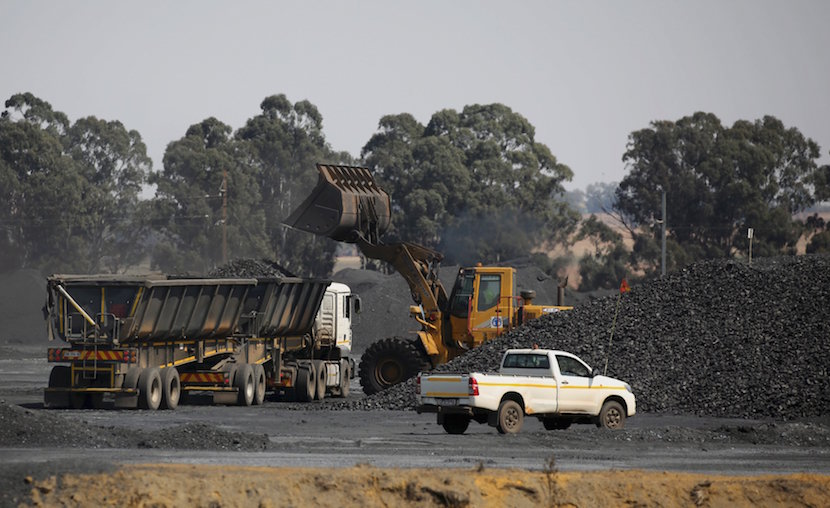 The best way to expose evil is by exposing it to light. The global media is doing a magnificent job of that right now by putting a spotlight onto the business dealings of the politically connected Gupta family. The Indian immigrants have turned the R1.2m they had when arriving in South Africa two decades ago into a fortune now worth tens of billions. But they may well have over-reached with the stinky deal to acquire the Optimum Coal mine, previously owned by multinational Glencore. The mine’s viability depends on its major client, State-owned electricity utility Eskom. Optimum was locked into a contract at supplying coal below cost. Here’s what we believe went down: The Gupta family, confident of being able to “negotiate” a profitable price from Eskom, made a number of offers to buy the mine. Glencore refused, preferring to out it into business rescue while engaging in lengthy negotiations with local Eskom management. Eventually they reached a price agreeable to both, which would enable the mine to continue operating. Just before that deal was signed, Eskom CEO Brian Molefe, a political appointment who had not been party to the discussions, entered them only to tear up the proposed contract. Next, the Gupta family made yet another bid, this time going to Switzerland in tow with one of their associates, SA’s recently appointed young Mining Minister. Now comes today’s dynamite disclosure after a share register search. Just three weeks before Glencore was strong-armed into selling, President Jacob Zuma’s son Duduzane was given his shares in the company that now owns Optimum. Former head of SA’s Competitions Tribunal David Lewis says “It looks terrible.” That’s an understatement. If SA’s politicians really want to know why foreign investors are on strike, they need only whiff the Optimum stench. – Alec Hogg

By Franz Wild and Paul Burkhardt

Tegeta Exploration & Resources Ltd., the company set up by the Guptas, agreed to pay 2.15 billion rand ($140 million) for the Optimum mine, which supplies the state power company and holds the right to almost a 10th of the export capacity of Africa’s biggest coal port, in a deal announced on Dec. 11. The purchase was announced three weeks after Duduzane Zuma took the stake in Tegeta.

The sequence of the transactions underscores complaints from President Zuma’s political opponents that he, his family and allies have benefited financially during his seven years as South Africa’s president. The controversy comes at a time when Zuma is already under attack for unexpectedly changing his finance minister and shepherding an economy that’s on the brink of having its sovereign credit rating being cut to junk status.

“It looks terrible,” David Lewis, the executive director of South African transparency group Corruption Watch, said of the timing of the transaction in a phone interview. “There’s no explanation for this sort of stuff that’s persuasive. It goes to the capture of the state by business figures in connection with the political elite, right up to the president.”

Calls to Duduzane Zuma’s office and mobile phone weren’t answered, while Glencore officials declined to comment. Representatives for the Guptas and the Department of Mineral Resources denied any impropriety. Bongani Majola, a spokesman for President Zuma, declined to comment. President Zuma said as recently as Jan. 10 that he is friends with the Guptas, who since arriving inSouth Africa in 1993 have built a business empire ranging from computers and media to uranium mining.

Mines Minister Mosebenzi Zwane said in a Feb. 8 interview that he helped complete the deal for the Optimum coal mine when he flew to Switzerland to meet Glencore Chief Executive Officer Ivan Glasenberg. Zwane said that while he wasn’t favoring Tegeta, he helped persuade Glencore to sell the operation, which was in bankruptcy protection, to try and save jobs.

On Nov. 20, about half of the shares in Tegeta Exploration, the coal company until then controlled by the Gupta family and their employees, were transferred to Mabengela Investments, a company part-owned by Zuma’s son, Duduzane, and a company known as Elgasolve.

“The ministry of mineral resources was in no way involved in the acquisition of Optimum and was not party to the negotiations, nor was any other government minister, department or employee,” Oakbay said in e-mailed responses to questions. “We are clear that our transaction was completed on an arms- length basis and governed by good corporate governance. The transaction was completed by a willing buyer and a willing seller following transparent negotiations between the parties over several months.”

Mabengela owns 28.5 percent of Tegeta, Elgasolve 21.5 percent and a Dubai-based company called Fidelity Enterprises Ltd. owns 15.5 percent, Oakbay said. It said it was not immediately able to confirm the date of the share transfers.