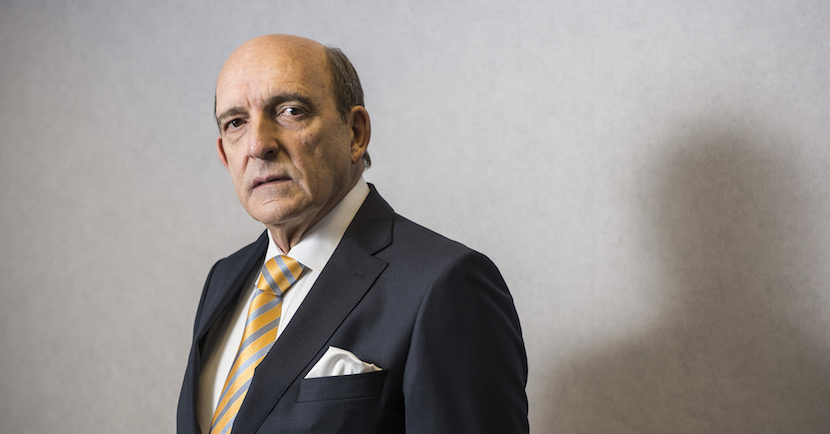 Reading Mark Lamberti’s powerful riposte to the ANC’s backing of President Jacob Zuma reminded me of a fascinating dinner exchange a few years back. As the host, I was seated next to guest speaker Gwede Mantashe and luck had it, to my right was Massmart founder and now Imperial CEO Mark Lamberti. It was the proverbial petrol and matches as Mantashe espoused socialist doctrine to an increasingly incredulous Lamberti. There was no chance of intervening in such choppy waters, so eventually it was best to sit back and enjoy the joust. Last night on Divan Botha’s excellent Kyknet show Winslyn, he asked why business leaders haven’t been more vocal during the current governance crisis. I suggested we could be witnessing a change after support shown to Pravin Gordhan on his recent roadshow, Trevor Manuel’s “Zuma must go” call yesterday and big business’s public distancing from the Guptas. The forthright opinion expressed by Lamberti expressed to Bloomberg re-inforces this view. While the ANC’s Top Six is battling to find their gonads, business leader Lamberti certainly doesn’t need to look for his pair. – Alec Hogg

(Bloomberg) — South Africa’s political leadership needs to be more accountable and inspire confidence among business leaders to boost investment and economic growth, according to the chief executive officer of Imperial Holdings Ltd., the country’s sixth-largest company by revenue. The ruling African National Congress’s response to a court judgment that President Jacob Zuma failed to uphold the constitution “showed us that we are living in an environment which has got no accountability or consequence,” Mark Lamberti said in an interview on Tuesday.

The ANC defended Zuma on Tuesday, defeating an opposition motion to impeach him after the country’s top court ruled that he failed to uphold and defend the constitution by not abiding by a graft ombudsman determination that he repay some of the taxpayers’ money spent on his rural home. Opposition parties accused the president of refusing to take responsibility for the breach.

“If you’ve got a country seeming to be run without accountability or consequence, it’s a problem,” Lamberti said. “If there was slightly more confidence that we’d be moving in the right direction, you’d get business prepared to take a slightly longer view on investment.”

South Africa is seeking to stave off a credit downgrade to junk with the economy expected to grow at the slowest pace since 2009 following the worst drought since at least 1904 and weak commodity prices.

“A lot of the problems are structural, but I think the quick fix, if you want to call it that, is that investment is preceded by confidence,” Lamberti, 65, said.

Imperial reported revenue of 110.5 billion rand ($7.3 billion) in the fiscal year ended June 30. Its two main business units are logistics, which ranges from distributing pharmaceuticals in Africa to inland shipping in Germany, and a vehicles division that includes importing, dealerships and rental operations in sub-Saharan Africa. Lamberti, who joined as CEO in 2014, is the founder of Massmart Holdings Ltd., the South African food and general-goods wholesaler now controlled by Wal-Mart Stores Inc. He’s also an executive committee member and director of Business Leadership South Africa.

Imperial shares declined 3.4 percent to 142.50 rand by the close in Johannesburg on Tuesday, paring a gain for the year to 19 percent. That compares with a 1 percent increase on the FTSE/JSE Africa All Share Index.

“There’s too many people who don’t know what they don’t know and too many incapable, incompetent people making decisions of national importance,” the CEO said at Imperial’s head office in Johannesburg.

In a televised address on April 1, Zuma said his failure to abide by Public Protector Thuli Madonsela’s directive to repay some of the 215.9 million rand spent on a swimming pool and animal enclosures was due to a different interpretation of her powers. While Zuma apologized for the frustration and confusion the scandal had caused, he said he acted in good faith and never intentionally did anything illegal.