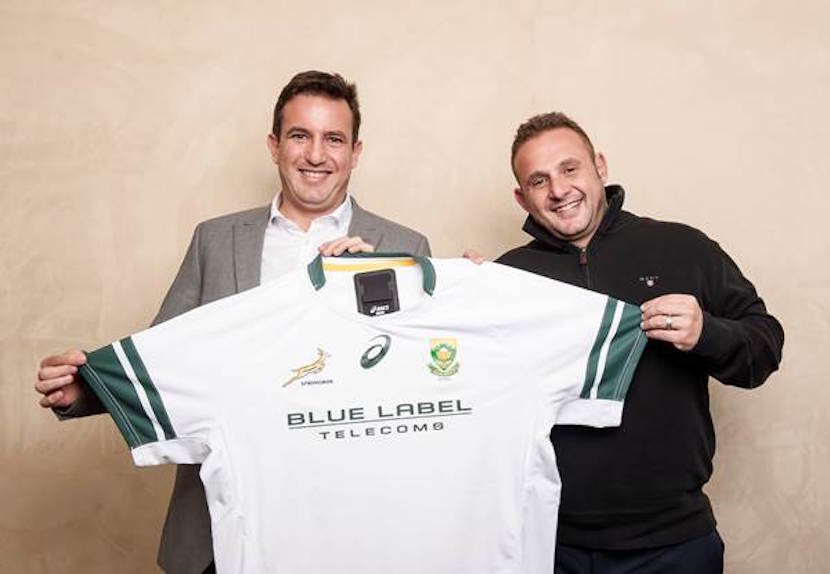 Cell C’s Saudi owners have pulled the plug on funding their cash-consuming South African nightmare. Since winning the country’s third mobile licence in 2001, the Arabs poured billions of dollars into a business which has always struggled to reach scale. Most recent investment was $600m injected just two years back to support the strategy of then CEO Allan Knott-Craig focusing its efforts on the bottom end of the market – “pay as you go” purchasers. In December, Cell C said it would sell 35% of the company’s equity to JSE-listed Blue Label Telecoms. This morning’s announcement states Blue Label has increased that to 45%, for which it will inject $400m (R5.5bn) to recapitalise the business. The deal drops the Saudi stake to just 30% and confirms the foreign investor is no longer prepared to throw good money after bad. But although they’re taking a massive hit, the Arabs may finally be hitting pay dirt. Concurrent with the deal is news that Net1 is to buy 15% of Blue Label for R2bn. That providing almost half the capital Blue Label needs to fulfil its Cell C commitment. The critical point, though, is the deal puts powerful new allies firmly into Cell C’s camp. Blue Label and Net1 dominate South African distribution of prepaid airtime – the sweet spot identified by their new partner. And Net1’s disruptive financial services offerings, which use mobile technology, can be plugged into a ready market of potential customers. One of the most appealing parts of this for Net1 is its services can now be deployed without incurring reputational damage. The bad publicity that emanated from winning and then fulfilling its State social grant contract hurt Net1 so much that the company refused to re-tender. This is a transformative deal for both Blue Label and Net1 and should delight shareholders. But it will also be deeply distressing to their larger, disruptable competitors in SA’s mobile and financial services sectors. – Alec Hogg

As part of the deal, electronic-payment provider Net 1 UEPS Technologies Inc. agreed to subscribe for 118 million Blue Label shares for 2 billion rand, giving the company a 15 percent stake in Blue Label, Net 1 said in a statement on Wednesday. The deal and recapitalization of Johannesburg-based Cell C will be done on Nov. 18, helping to reduce the company’s debt to 8 billion rand, it said.

“The recapitalization provides the company with a sustainable growth platform,” Cell C Chief Executive Officer Jose Dos Santos said in a separate statement. “This is a transformational transaction for Cell C.”

The deal will help support Cell C as the company tries to compete with competitors Vodacom Group Ltd. and MTN Group Ltd., which dominate the South African mobile-phone market. The terms are different from the one Blue Label agreed to in December, when the company said it would buy a 35 percent of Cell C.

Cell C management and staff will subscribe for 25 percent of the company and 3C Telecommunications, previously Cell C’s largest shareholder, will hold the remaining 30 percent of the total issued share capital. 3C is owned by Dubai-based Oger Telecom Ltd.

Cell C today announced that conditional agreements have been signed for the proposed recapitalisation of the company.

The proposed recapitalisation will reduce the net debt of the company to approximately R8 billion and enable the company to continue to deliver on its growth strategy in a sustainable manner.

Blue Label Telecoms will contribute R5.5 billion in a subscription for 45% of Cell C’s total issued share capital, which is an increase in their prospective holding from the 35% announced previously.

“We are delighted to announce this partnership with Blue Label Telecoms and Cell C management and staff. This transaction allows Oger Telecom and 3C to remain invested in Cell C and participate in the value creation arising from this enhanced strategic relationship. We look forward to seeing Cell C achieving new heights,” said Mr Mohammed Hariri, Chairman of Cell C and Oger Telecom.

“The recapitalisation provides a sustainable growth platform to build on our successes as we continue to drive customer value to realise our exciting growth potential.  This is a transformational transaction for Cell C and we are extremely excited about the strengthening of our relationship with Blue Label Telecoms,” said Jose Dos Santos, Cell C Chief Executive Officer.

The proposed recapitalisation is subject to funding of all parties and necessary regulatory approvals.

The recapitalisation is expected to be implemented by 18 November 2016.