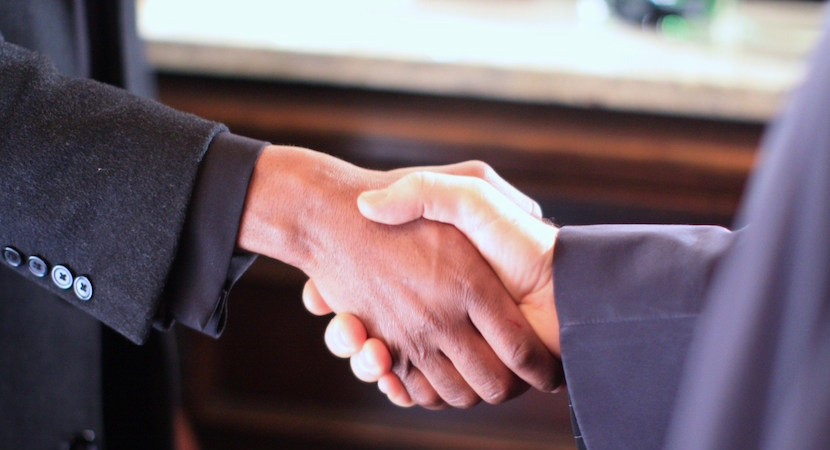 The strategy post Brian Joffe was always going to have investors on edge but it seems new Bidvest CEO Lindsay Ralphs has laid the cards on the table. In an interview with Bloomberg, Ralphs said following the food unit split into Bidcorp, Bidvest has more ammo available for acquisitions. But he sees this growth ex-South Africa, as Ralphs admitted to a limited scope on the local front. And it’s a strategy that’s being adopted by many South African companies, with The Foschini Group, Woolworths, Imperial and Brait SE, amongst others, all having placed acquisition bets offshore, with some paying off better than others. – Stuart Lowman

by Janice Kew and Liezel Hill

(Bloomberg) – Bidvest Group Ltd. is seeking deals outside its South African home market and could borrow as much as $1 billion for acquisitions after it spun off its food-services unit last year, its chief executive officer said.

Lindsay Ralphs, the CEO, is plotting Bidvest’s next phase of growth after the Johannesburg-based company spun off Bid Corp Ltd., which is about 40 percent larger by market capitalization at R80 billion ($6 billion). Now operating a mix of mostly South African businesses ranging from cleaning, security and freight-services to car rental and plumbing supplies, Bidvest sees its scope for local acquisitions as limited, the CEO said.

Bidvest have a winning strategy,,they have mastered this business of acquisitions..

There are a “couple of processes taking place” related to potential acquisitions, with expansion in the U.K. a possibility, Ralphs, 61, said in an interview at Bloomberg’s Johannesburg office on Tuesday. Any deal would be in an industry in which Bidvest already operates and the company would want to be a major competitor in any new market, he said.

“It probably reduces down to three, four or five significant industries that are simple and sometimes even below the radar,” said Ralphs. Money would be borrowed outside South Africa, with overseas purchases serving to hedge against volatility in the rand, he said. The currency lost 45 percent of its value against the dollar in the three years through 2015 before gaining 13 percent last year.

Other South African companies are expanding in international markets to counter an unpredictable local currency and 2016 economic growth that the central bank said was likely to have been the slowest in seven years. Clothing retailer The Foschini Group Ltd. and investment company Brait SE have bought firms in the U.K., while Bid Corp and auto-to-logistics firm Imperial Holdings Ltd. have substantial foreign operations.

The spin off has been a success for the new Bidvest, Ralphs said. Previously, cash generated by the company was largely put toward growing the food-services unit. The split frees up funds for growing the remaining businesses.

Ralphs replaced Brian Joffe, who founded the company in 1988 and retired as CEO when Bid Corp was separated in May. Joffe remains a non-executive director of Bidvest and is chairman of Bid Corp.

After adjusting historical pricing to reflect the spin off, Bidvest has gained 63 percent in the past 12 months, according to data compiled by Bloomberg, making it the third-best performer on the FTSE/JSE Top40 Index and the top non-mining stock. Without the historical adjustment, Bidvest has declined 49 percent.