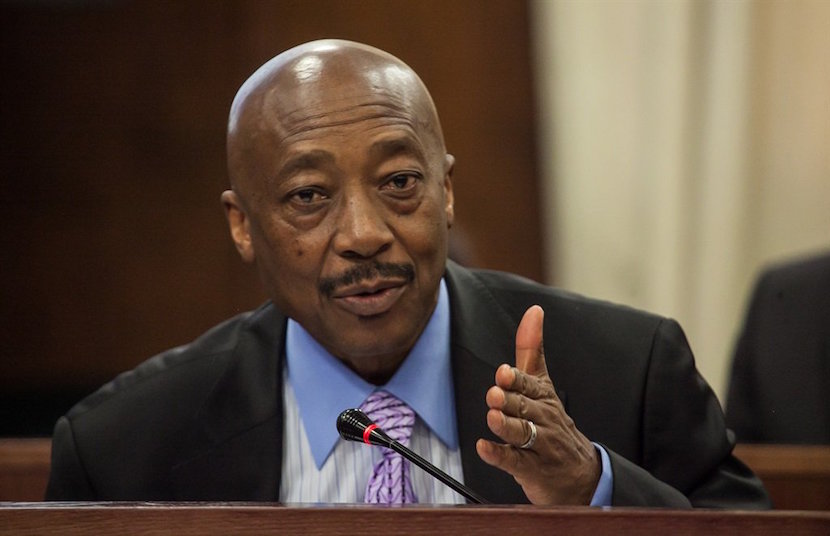 LONDON — The Gupta auditor KPMG is now getting it from both sides. After withdrawing and apologising for its R23m report on a SA Revenue Services “rogue” unit that never was, those hurt by the report say it was far too little and much too late. Now SARS itself is attacking the Gupta auditors, ranting that KPMG had no right to withdraw its report as it was no longer the audit firm’s property. As a result of this “abhorrent, unethical, and unprofessional conduct” SARS will be taking legal action, calling for an immediate boycott of KPMG’s services in the public sector, and demands KPMG’s licence to operate in South Africa be revoked. It is worth remembering the story started soon after the SARS investigations unit began digging into the illegal cigarette trade or more specifically, the Pietermaritzburg factory owned by Yusuf Kajee and Edward Zuma (yes, one of the president’s sons). That sparked the ejection of the SARS Commissioner and his replacement by a member of the extended Zuma family (Tom Moyane). Soon followed by allegations that SARS’s investigations unit had gone “rogue”, with fantastical stories including that it was running brothels and spying on politically connected people. Whatever the outcome of this particular battle, something is now pretty obvious. KPMG is in the crosshairs of both sides. It may as well take take down the branding and leave South Africa. Soon to be followed by McKinsey and SAP. – Alec Hogg

SARS notes the media statement which was issued by KPMG international on the 15 September 2017. The statement includes KPMG International’s action pertaining to among other things, the setting aside of the conclusions and recommendations of the ‘Allegations of Irregular and Misconduct’ report.

SARS received an email from Norton Rose Fulbright acting on behalf of KPMG International on the morning of the 15 September 2017, the content of which is attached to the media statement.

SARS has been completely taken aback by KPMG’s aberrant and unethical conduct. KPMG unilaterally announced the purported withdrawal of its report despite the existence of a service level agreement governing the relationship between the parties.

It is important to note the material terms of the SLA which provides that:

Accordingly, the above contractual obligations confirms that the report belongs to SARS as KPMG has surrendered all rights to SARS. It follows that the Report is an exclusive property of SARS as it constitutes SARS intellectual property.

SARS sees KPMG’s conduct as nothing else but a dismal attempt to portray SARS, its leadership, and in particular SARS Commissioner as incompetent, corrupt, inefficient and involved in a witch-hunt. This is the same narrative that has been perpetuated for years by some treacherous elements within society and the media.

Must read: Lessons from #KPMG: Today, tomorrow, next year – ‘truth will out’

This abhorrent, unethical, and unprofessional conduct by KPMG has left SARS with no option but to consider the following legal route:

SARS has observed with astonishment some former SARS employees and others who have been criss-crossing different media platforms while making unfounded and baseless conclusions as a result of KPMG’s media statement.

SARS wishes to categorically state that the allegations that KPMG report was used as the basis for disciplinary actions as well as the institution of a criminal offence are at best false and at worse deceitful, and aimed at misleading the people of SA.

The following facts and sequence of events attest to the above statement:

KPMG report was delivered to SARS late in 2015 and was only made FINAL on the 26 January 2016. It therefore follows that the disciplinary hearings against the above were not conducted as a result of the KPMG report but on the basis of the Sikhakhane report.

Legal action against #KPMG by #SARS is a good thing. This way a lot of new information will become public record.

Hence SARS’s assertion that those affected are mainly endeavouring to claim innocence or otherwise on the withdrawal of the KPMG report, with others claiming that their careers and careers of others were destroyed as a result of KPMG either grossly ignorant or outright mischievous and or a concerted but dismal attempt to mislead the South African public.

So SARS is calling on those who are unfairly and unjustly accusing SARS of improper conduct on the basis of the KPMG media statement to desist from such conduct.

Criminal Case on Rogue Unit and its Activities (Sunday Evening)

SARS has further observed another set of people who are trying hard to claim that the purported withdrawal of the Report by the KPMG automatically vindicates them from their responsibility to account to the alleged criminal acts. SARS places on record that such malicious and irresponsible claims are either some acts of gross ignorance but at worst, a dismissal attempt to circumvent the law and or to mislead the public.

The following sequence of events and activities will demonstrate the above assertion by SARS:

As the above demonstrate, KPMG report was handed over to SARS only in late 2015 and made final on 26 January 2016. As this simply demonstrates, this was long after the criminal case was opened and all the necessary evidence was provided to the Hawks and the SAPS.

Given the above facts, SARS is left with no option but to conclude that those who are claiming exoneration from possible and alleged criminal offences, who are expected to be aware of this public facts, can only be attempting to mislead South Africans which SARS finds quite unfortunate.

From the position of SARS, the criminal case whose details is outlined above is in progress and we hope for its speedy conclusion.

SARS wishes to assure all South Africans, in particular taxpayers and traders that 14000 men and women of SARS continues to work tirelessly and selflessly in ensuring that all revenue due to the state are collected both legally and efficiently whilst protecting our borders and facilitating trade as we take South Africa forward, together.