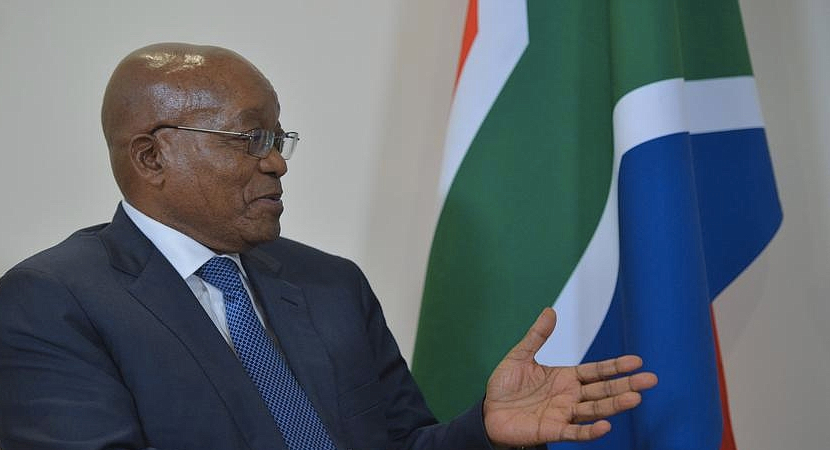 JOHANNESBURG — One of the clear deficiencies in the Jacob Zuma leadership guide was timekeeping. Journalists were repeatedly left wondering if events would actually take place, and in his final swansong he didn’t disappoint. Zuma arrived just over 30 minutes late. And while there are many areas of South African government that needs a makeover, this is one that Cyril Ramaphosa has already tweaked, with the few press briefings held since he took over as ANC president starting on time. Zuma’s resignation speech however was a classic seesaw event, very calculated from his end with no definitive ‘will he, won’t he’ resign until the end. He ironically threw the Constitution around as an attempt to discredit the current process, especially from someone who has repeatedly violated it, ‘unintentionally’ in his words. But in the end party favour won out, something Jacob Zuma has constantly reiterated in the past – ‘the ANC comes ahead of South Africa’. It’s been a tough 9 years for all South Africans outside the Zuptoid circle, but how quickly the tables can turn. The rebuilding process won’t be easy but there is a lot South Africans can work with, and with Cyril Ramaphosa in the driver’s seat, we have reason to be optimistic. – Stuart Lowman

Members of the Media, present here.

Fellow South Africans, I address you after weeks of speculation about my future as President of the Republic of South Africa.

In particular, I make reference to the much publicized and awaited decision of the African National Congress issued on 13 February 2018.

It is now public knowledge that the National Executive Committee of the ANC resolved to recall me as the President of the Republic.

I have also learned that, before I respond to the initial decision, a new decision has been made by the ANC, whose effect is that I have now been compelled to resign by way of a motion of no confidence, set down for tomorrow, 15 February 2018.

The ANC is indeed the party on whose nomination I became a candidate for the Presidency of the Republic of South Africa after its victory of the national elections of 2014.

It was on the ANC’s nomination that I was later elected by the majority in the National Assembly as the President of the Republic.

I am forever indebted to the ANC, the liberation movement I have served almost all my life.

I respect each member and leader of this glorious movement.

I respect its gallant fight against centuries of white minority brutality, whose relics remain today and continue to be entrenched in all manner of sophisticated ways, in order to ensure the continued survival of white privilege.

Now that Zuma is history, the Official Opposition will have to find a whole new script. It was an easy gig simply opposing him, now SA will see if they have any substance of their own. #zumaresigns #PresidentRamaphosa #DeLille #Zille #Maimane #ZumaExit

I do take seriously and am grateful to the ANC that, in the face of its revolutionary mission to ensure a better life for all and the creation of a non-racial, non-sexist and democratic South Africa, it deployed me at the pinnacle of its role in government.

It has indeed been a great learning experience, a mammoth task, the performance of which can never be done without difficulty and learning on the way.

None of us, no matter how perfect, can claim that the building of a new society and the marshalling of a former liberation movement into a modern political party all happen in a straight line. It has detours, human error and boulders strewn along the path.

Because the struggle and politics are human activities, their pursuit is not without the taints of human nature. All my life, I have served and will continue to serve the ANC in its pursuit of the objectives of the National Democratic Revolution.

I serve in my capacity as President of the Republic of South Africa within the prism of our much acclaimed Constitution, whose foundational values I fully subscribe to.

The new President of the country will be sworn in at 2pm today. This follows the resignation of former President Jacob Zuma on Wednesday night #Parliament #NewPresident #ZumaResigns

I understand fully that while I serve at the pleasure of my party, the ANC, the door through which I officially came to serve the people of South Africa is the National Assembly, without which no political party can impose its candidate on the electorate, no matter how popular.

This Constitutional line between Party and State is often forgotten in the usual business of party political contestations.

As we fight our own battles in the corridors of political power, and sometimes serving the very interests of the oppressors of yesteryear, who joyfully celebrate as we lynch one another, we often forget the citizens on whose behalf we create a better life.

We tend to place the political party above the supreme law of the country, which is the rule book for the country’s political engagement.

I do not make this reference because I am above reproach. Nor do I wish to proclaim that in undertaking my political responsibilities I have been the epitome of perfection. If truth be told, none of us are.

However, I respect the prescripts of the Constitution and its consequences on how we enter, stay in and exit political office and Government.

There has been much speculation about how the President of the Republic should exit his or her office.

In my case, some have even dared to suggest that one’s perks and post-service benefits should determine how one chooses to vacate public office.

Often these concerns about perks and benefits are raised by the very same people seeking to speak as paragons of virtue and all things constitutional.

Some even suggest that the relevant constitutional provisions, sections 89 and 102, in terms of which the President should be removed from office, would constitute an embarrassment or humiliation.

For that reason, various suggestions are made to help leaders avoid this constitutional route of vacating political office without perks.

If we avail ourselves to serve in terms of the Constitution, we should be prepared, if needs be, and if those we serve deem it appropriate, to suffer the hardship that comes with our constitutional obligations.

Whether we lose our post-political office benefits, should not determine how we act in the time of our departure.

Nor did I agree to serve because there are no better cadres in the ANC and the country. Most importantly, I did not agree to serve in order to exit with perks and benefits of the Office of the President.

Make no mistake, No leader should stay beyond the time determined by the people they serve. Most importantly, no leader should seek an easy way out simply because they could not face life at the end of their term without the perks that come with their political office.

I do not fear exiting political office. However, I have only asked my party to articulate my transgressions and the reason for its immediate instruction that I vacate office.

This was important in view of the discussions I held with the President and Secretary General of the Party that were aimed at uniting our organization, the ANC.

It is indeed true that there was an agreement, that even if the need arises that I should vacate the office before the end of term, there is a need to have a period of transition, during which I would delegate some of the functions to the Deputy President of the Republic.

Of course, I must accept that if my Party and my compatriots wish that I be removed from office, they must exercise that right and do so in the manner prescribed by the Constitution.

I fear no motion of no confidence or impeachment, for they are the lawful mechanisms for the people of this beautiful country to remove their President.

I have served the people of South Africa to the best of my abilities. I am forever grateful that they trusted me with their Highest Office in the land.

But when I accepted the deployment, I undertook to subject myself to the supreme law of the land, the Constitution.

I also thank the citizens of South Africa for the privilege of serving as the President of the Republic since 2009. It has been an honour that I will cherish as long as I live.

I wish to thank members of Cabinet, Deputy Ministers and the whole of government, national, provincial and local, for the positive spirit and cooperative manner in which we all worked.

I also thank the other arms of state for the work we have accomplished.

I thank all political parties who are in parliament for their contributions in making our democracy strong.

I thank all stakeholders—business, labour, religious leaders, traditional leaders, youth, women’s groupings, the education sector and all others we have worked with over the years, united by the goal of moving South Africa forward.

I thank the international community for the cooperation.

I have also been disturbed by the instances of violence that have occurred because of the different views among members of our organization outside our headquarters, Luthuli House.

No life should be lost in my name and also the ANC should never be divided in my name.

I have therefore come to the decision to resign as President of the Republic with immediate effect.

Even though I disagree with the decision of the Leadership of my organization, I have always been a disciplined member of the ANC.

As I leave I will continue to serve the people of South Africa as well as the ANC, the organization I have served all my life.

I will dedicate all of my energy to work towards the attainment of the policies of our organization, in particular the Radical Economic Transformation agenda.

I thank you, ngiyabonga.