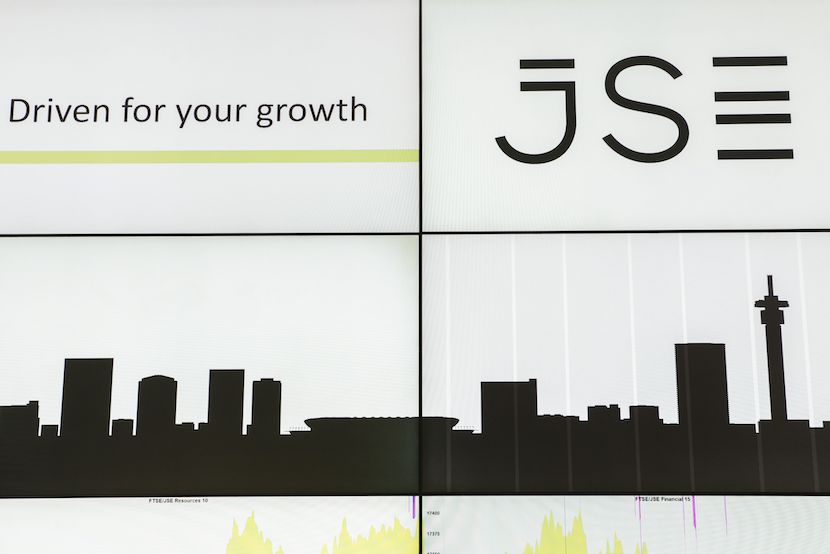 The Sasol share price has soared to staggering heights, after plunging between January to March. Sasol is listed on the Johannesburg Stock Exchange and is one of the most closely watched shares in South Africa. BizNews founder Alec Hogg picked up on the intriguing story of the Sasol share price ride in an interview with stock market fundi David Shapiro. Traders in New York appear to have been driving the share price, with the number of shareholders in Sasol American Depository Receipts (ADRs) going from 270 to 31,000 within a very short period. For more on that, read: Astonishing rise of Sasol share price: David Shapiro shares ‘intriguing story’. Sasol delivered an astonishing return of more than 270% this quarter. – Editor

(Bloomberg) – South African stocks are about to round off their strongest quarter in almost two decades, and the influence of the coronavirus pandemic is clear to see in the shares most responsible for driving the market higher.

The FTSE/JSE Africa All Share Index has climbed 22% since the start of April, its best performance over any quarter since 2001. Emerging-market stocks, heading for their biggest gains since 2009, are up 18%. South Africa’s benchmark ranks eighth over the period among 93 major global indexes tracked by Bloomberg as of Monday’s close. It’s within 5% of erasing 2020’s losses. 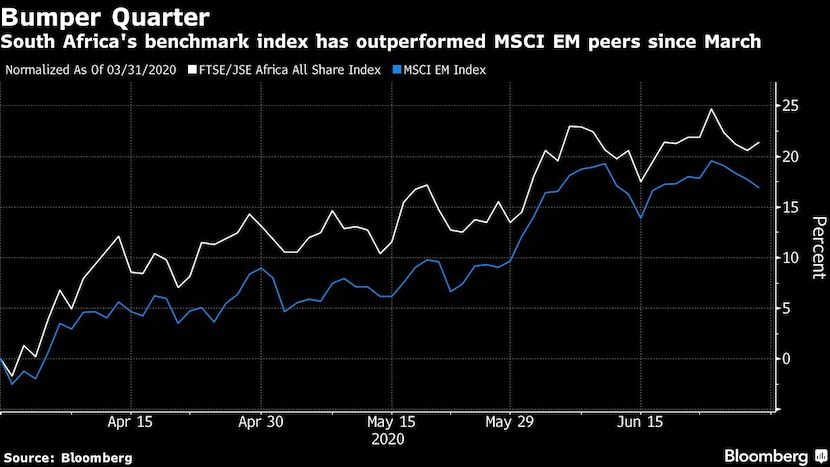 AngloGold Ashanti and Gold Fields are among the leading index-point contributors to the gains, as the uncertain times push traders toward the haven of bullion. Tech investor Naspers has prospered as the Covid-19 lockdown strengthened the hand of partly owned Chinese online giant Tencent Holdings Ltd., spurring it to record highs in Hong Kong. Mining behemoth Anglo American has benefited as central bankers around the world release massive stimulus to revive battered economies.

“If the global economy continues to recover, combined with the money printing that is happening and with central banks cutting interest rates in most markets, there is a lot of stimulus that should support higher valuations,” said Peter Takaendesa, head of equities at Mergence Investment Managers in Cape Town. 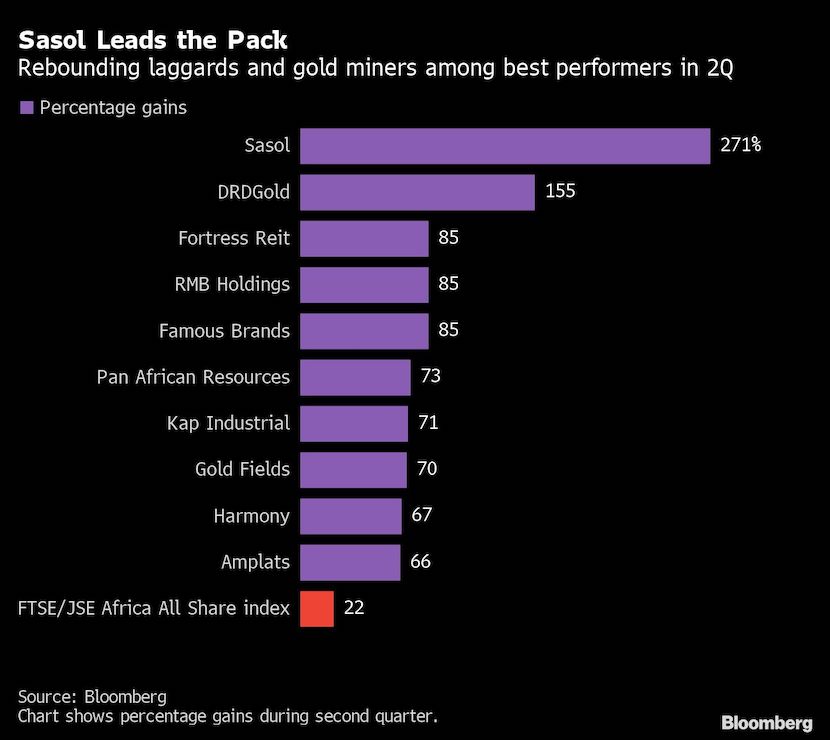 Sasol has outpaced all other gainers over the quarter, jumping almost fourfold as some investors bet that asset sales, cost-cutting measures and recovering oil prices will reduce the need for a painful rights offering by the fuels and chemicals producer. It’s also been among stocks to benefit from buying by first-time mom-and-pop traders who, with an unprecedented amount of time on their hands during the national lockdown, were lured to the market by beaten-down valuations.

“We have seen an increase in appetite for stock broking-type of accounts, where people have discretion to purchase shares like Sasol,” according to Renzi Thirumalai, head of investments at FNB Wealth & Investments. “Quite a few shares were at depressed levels, so there were a lot of opportunities there.”

The South African benchmark index was 0.2% higher as of 11:39 a.m. in Johannesburg Tuesday. Its 8.8% advance during June in dollar terms is the best performance globally after Turkey.