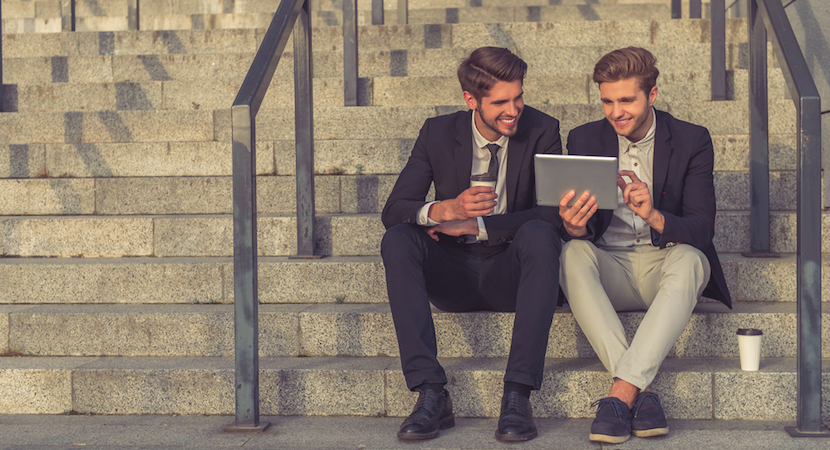 Some joker said that pitching a financial plan to a Millennial (also known as Gen Y) needed to be done in 140 characters and involve at least four emojis. Like all jokes, there is a GIF of truth in it. But today’s Millennials are tomorrow’s clients. They think differently about a lot of things, such as money, and they use language differently to talk about it. In order to talk to them, we need to understand how they communicate.

This may seem obvious but then consider how corporates have been (mis) speaking to women for years. Executive coach and motivational speaker Sue Stockdale, writing in the UK Guardian, said that when trying to gather information about women-owned fast-growth companies, very few women responded to her requests simply because they did not see their business as “fast-growth” companies, despite the fact that they were. She realised that the language businesswomen used to describe their companies was very different from how businessmen described theirs.

“What I had uncovered was that the women did not identify with the label used and had not come forward as a result,” wrote Stockdale. “So the language seemed to matter.”

And it matters to Millennials. We need to understand how they think and what they “identify” with. According to the Millennial Disruption Index (MDI) compiled by Scratch, a “creative and strategic” division of US multi-media conglomerate Viacom, more than 30% of Millennials surveyed believe they won’t even need a bank in three years time. Even more startling is the finding that 73% “would be more excited about a new offering in financial services from Google, Amazon, Apple, PayPal, or Square than from their own nationwide bank”.

This reflects a startlingly different approach to the question and idea of money and savings, the implications of which for the financial planning sector have yet to be fully understood.

As Stockdale concluded regarding talking to businesswomen, the corporate world needs to “think about how to encourage people to make different choices based on how options are presented”.

Ditto with Millennials: if you asked them what pension plans they had in place, and if you did pitch them a pension plan — and thought you were being clever using only 140 characters — the conversation most probably would end like this:

Best-selling author (Start With Why: How Great Leaders Inspire Everyone to Take Action) and marketing guru Simon Sinek in a much-viewed YouTube performance, said that the problem with Gen Ys is that they’re hooked on instant gratification. Getting likes and re-tweets is addictive. Sinek (and others) claim that using social media releases the neurotransmitter dopamine (the “reward molecule”) in the brain, which is also triggered when we gamble, our sports team wins, or we get praised.

Sinek’s reference to the role of dopamine has been challenged, but what we can take away from his basic hypothesis is that asking Millennials to think about the future (i.e. pensions) is so *dead*. It’s not how they talk (or think) about the future.

But it’s not that they don’t think about pensions. A joint report in 2015 by the Insured Retirement Institute and the Center for Generational Kinetics found that Millennials “do not see traditional pensions in their future” but they did think about retirement. In fact, 77% of the Millennials surveyed felt that reducing their debt rather than saving was their primary retirement plan (although, worryingly, 15% of Millennials list “winning the lottery” as part of their retirement strategy).

Sinek also joked that what Millennials want from the workplace is “free food and bean bags” (along with the work that has a “purpose” and makes an “impact”). His main message, however, is that it falls to the existing corporate world (of which financial services are part) to find ways of including them in its corporate strategy.

So how do you connect with millennials? You tell them a story, rather than give them a sales pitch. Millennials have access to unlimited information about your industry, and they will scour the Internet tirelessly for it. The Center found, for example, that 88% of Millennials placed fee transparency as a key component in their decision making. So, become a resource for transparency in your sector rather than a sales tool for a product. Provide information about transparency, list the questions that need to be asked, use plain English to define terms and conditions, explain the small print, especially about how customer data will be used, and let them know what’s in it for them. Remember: pay attention to their information hierarchy.

What does this mean for marketers? First, we probably need to stop thinking of them as Millennials. However different they may seem, they want to be part of the big picture. By recognising their significance, our story can become significant. They want relationships, not contracts; they want to trust us with their future, not our rationale about planning for the future.