The video entertainment group says it will focus on returning its loss-making operations outside of South Africa to profitability as it prepares for a February listing.

MultiChoice will list on the JSE at the end of next month in a move that will position Africa’s biggest pay-TV operator for further growth across the continent.

In its pre-listing statement ahead of its unbundling from Naspers, the video entertainment group said further investment in its online platforms was expected to provide more growth opportunities in its ‘Rest of Africa’ and Connected Video operations on the back of healthy cash flows in South Africa.

MultiChoice added 1.5 million subscribers last year to almost 13.5 million, generating revenue of R47.5 billion and trading profit of R6.32 million. The unbundled group will have limited leverage and will be able to pursue growth opportunities in African media entertainment. It believes that the listing and unbundling will create a leading entertainment business listed on the JSE that is profitable and higher cash generative.

The company said there would be a focus on returning its loss-making operations outside of South Africa to profitability. It would do this by making content affordable to more consumers, accelerating subscriber acquisition through competitive set-top box offers, investing in a world-class retention capability and on customer service and delivery. 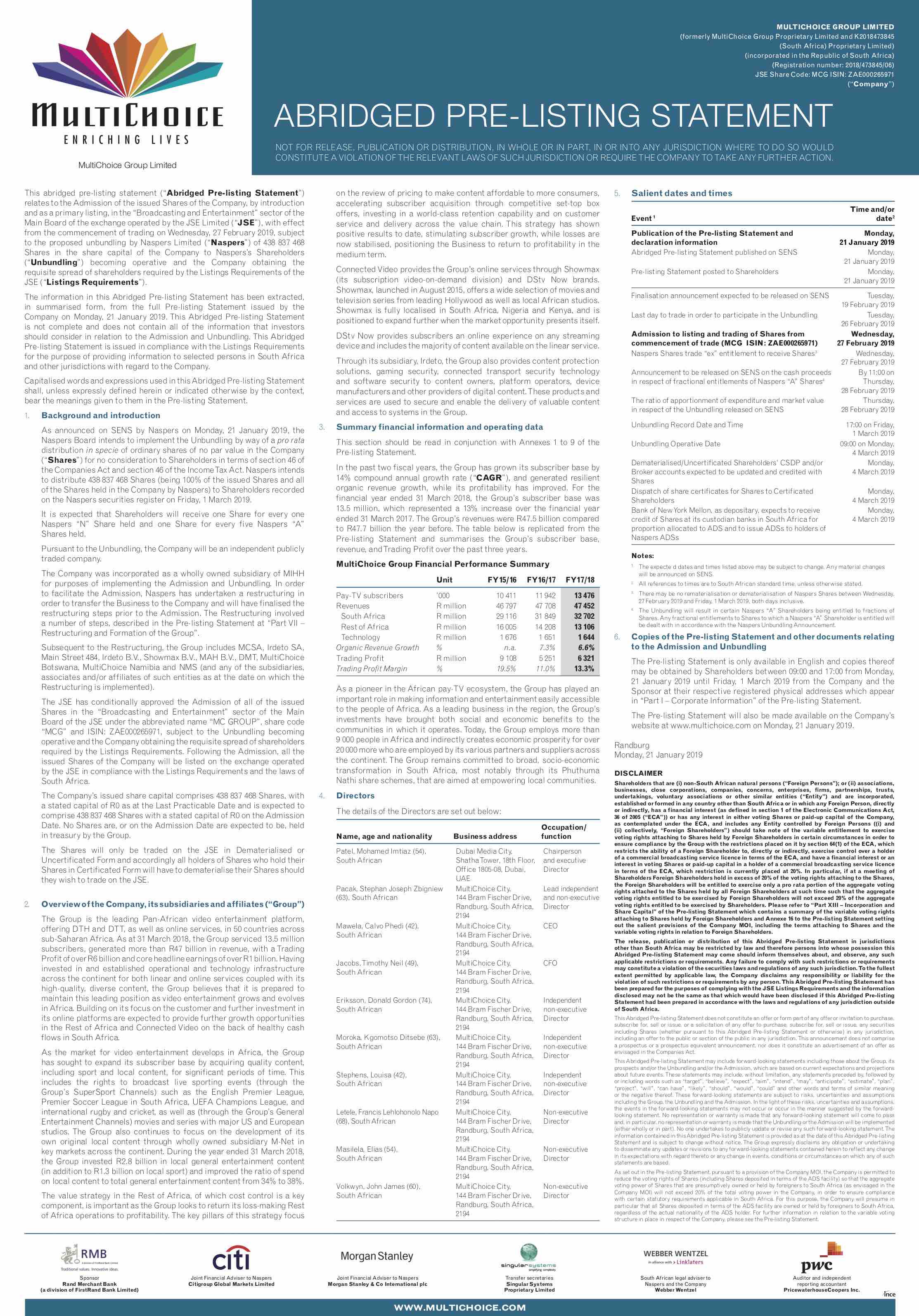 “This strategy has shown positive results to date, stimulating subscriber growth, while losses are now stabilised, positioning the Business to return to profitability in the medium term,” MultiChoice said.

As part of the transaction, Naspers plans to allocate an additional stake in Multichoice SA to empowerment shareholders Phuthuma Nathi, raising their stake to 25%. It will also swap a quarter of their original allocation for MultiChoice Group shares that will be freely tradable.

MultiChoice is expected to start trading on the Broadcasting and Entertainment sector of the JSE’s main board on 27 February. Naspers will unbundle the MultiChoice shares at the close of trade on 1 March.