Naspers expects to unbundle and list its MultiChoice business on the JSE by the end of February if all goes according to plan. In a pre-listing statement, the global internet and media business said shares in the video entertainment business would start trading on the JSE on 27 February. Any investors holding Naspers shares as of 26 February would get receive shares in MultiChoice through a pro rata distribution in specie. The shares will be unbundled at the close of trade of Friday, 1 March, with shareholders receiving one MultiChoice share for every one ordinary ’N’ share and for every five ‘A’ ordinary shares held.

Naspers said it had evolved from a traditional media business into a global internet and entertainment group. However, as part of a continuing review of the business, its board determined that there was no strategic rationale for keeping both business lines together and there were no synergies between the global internet and African video entertainment business. It believes that the unbundling will create a leading entertainment business listed on the JSE that is profitable and higher cash generative. It will have limited leverage and will be able to pursue growth opportunities in African media entertainment. 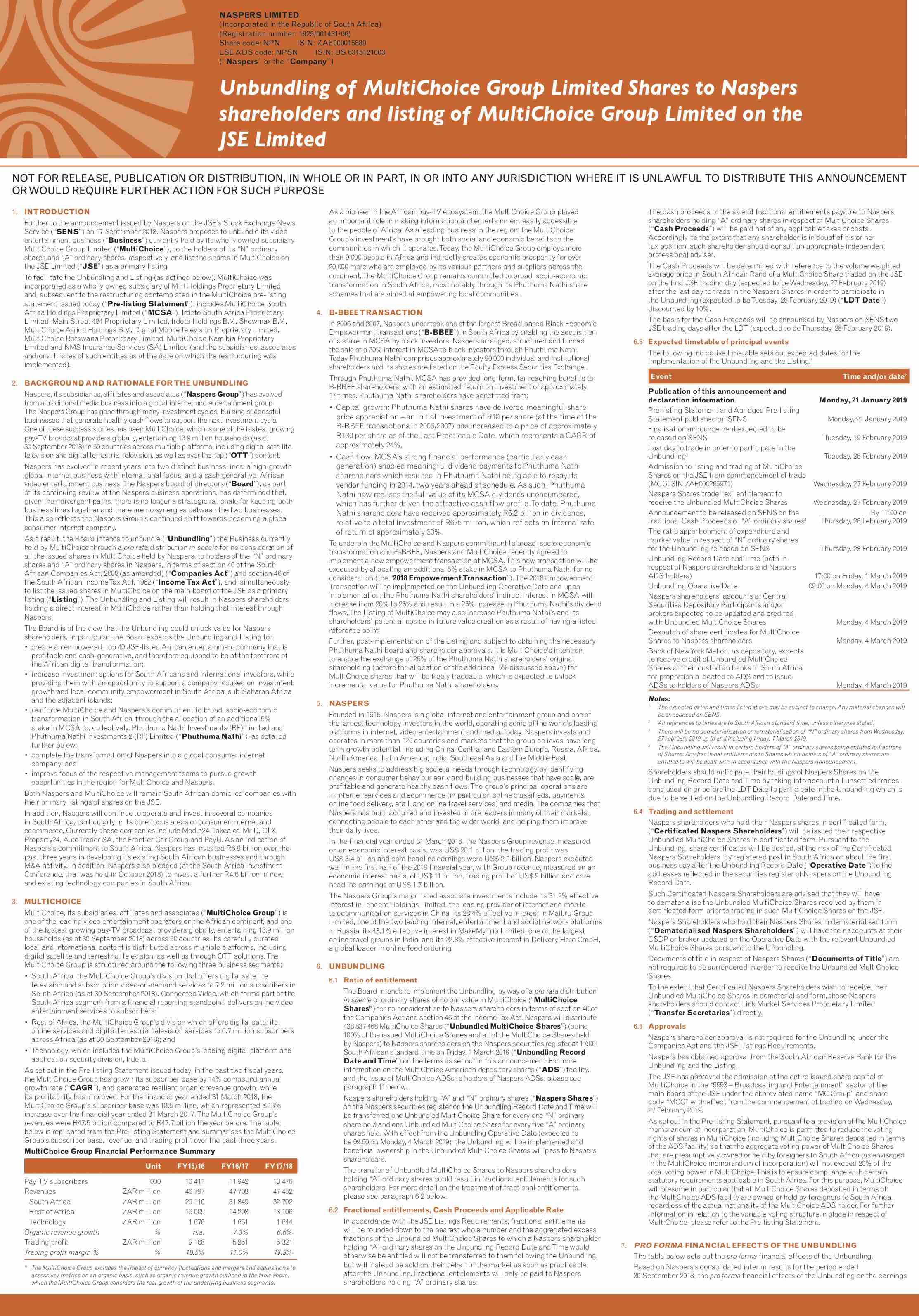 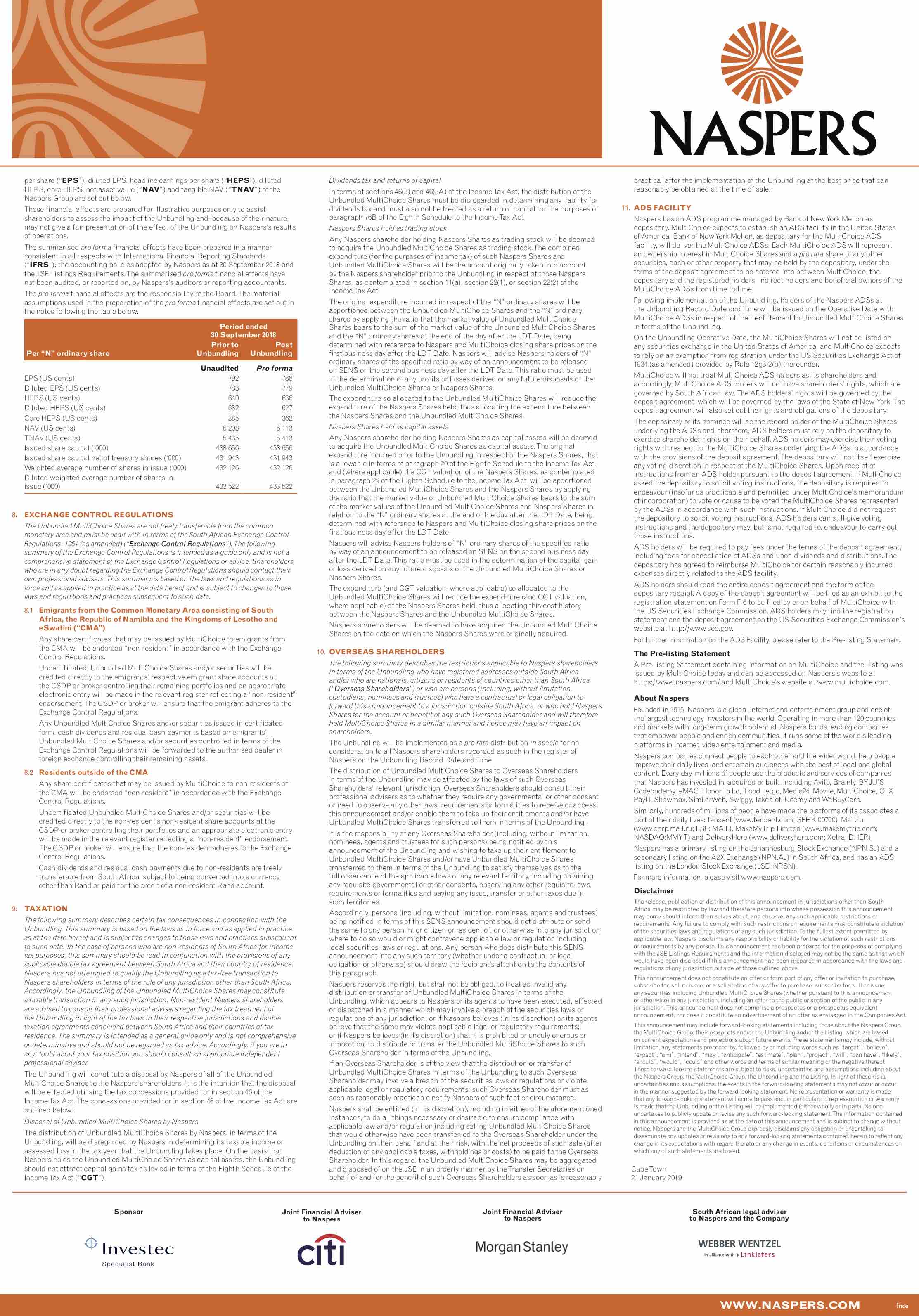 “The Naspers Group has gone through many investment cycles, building successful businesses that generate healthy cash flows to support the next investment cycle,” the company said. ”One of these success stories has been MultiChoice, which is one of the fastest growing pay-TV broadcast providers globally, entertaining 13.5 million households (as at 31 March 2018) in 50 countries across multiple platforms, including digital satellite television and digital terrestrial television, as well as over-the top (OTT) content.”

MultiChoice reported revenue of R47.5bn last year and trading profit of R6.32bn. Had the unbundling of MultiChoice been in effect last year, it would have shaved 5c off of group diluted headline earnings per share (HEPS) to $6.32, while normalised HEPS would have been 23c lower at $3.85.

As part of the transaction, Naspers plans to allocate an additional stake in Multichoice SA to empowerment shareholders Phuthuma Nathi, raising their stake to 25%. It will also swap a quarter of their original allocation for MultiChoice Group shares that will be freely tradable.

The Reserve Bank has approved the unbundling and listing of MultiChoice and the JSE has approved its admission to the main board under the share code MCG. Shareholder approval isn’t required.