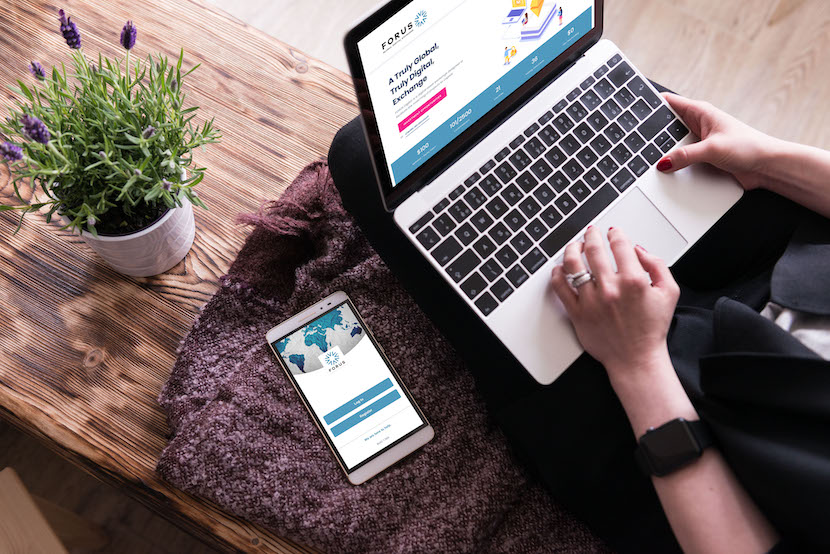 *This content is brought to you by FORUS Digital Exchange

FORUS Digital, a new global digital banking platform originated in SA, is coming to market and listing its own equity-based token, the FDX, on the FORUS Digital Exchange alongside the FORUS platform token, the MahalaX. FORUS Digital are now raising $100m through the listing of 100,000,000 FDX tokens on the exchange, valued at $1 each.

FORUS Digital is a digital asset exchange designed to facilitate the matching of projects to capital, and trades in a range of asset-backed digital securities. Forex, equity, debt and commodity-based instruments can all be traded, with smart contracts enabling wholesale capital to invest directly in projects or across multi-asset securitised funds.

The FORUS Digital Exchange launches on 1 February 2021 out of New Zealand, as the last pillar in the FORUS financial ecosystem crafted over 11 years: from the creation of the wallet, public utility blockchain, and the S-QR standard, to the creation of the African Wealth Fund,  MahalaX – the FORUS equity token, and the FORUS Foundation. The FORUS Digital team are located in South Africa, London, Vietnam, the Caribbean and New Zealand. Over 100 million customers contracted through our country licence partners will download digital wallets and are set to use the platform for daily transacting and for receiving finance and production investment.

Investment into various instruments and funds are tokenised, and

investors hold their digital assets in their FORUS wallets.”

The FORUS Digital Exchange is minting and listing a number of digital asset classes such as equities, funds, debt-based instruments, forex and commodities in the near future. These will soon be available to invest and trade in through the FORUS Digital wallet. The exchange takes care of the order management, trade execution and settlement instantly, securely and seamlessly, processed via the FORUS blockchain.

MahalaX and the African Wealth Fund

MahalaX, launched in 2018, generates returns from participation in income generation on the FORUS Digital platform and is currently valued at $100. MahalaX value will grow as the FORUS user base increases. MahalaX plays a key role in the waterfall bond structure that FORUS have designed to leverage the equity capital to raise debt capital to invest in production.

The African Wealth Fund Prudential Capital Debt Instrument and the Working Capital Debt-based Investment solution are also being listed. Capital raised will be invested in numerous projects through the exchange. The African Wealth Fund leverages the biggest and most valuable asset that Africa has, it’s people. It’s majority-owned by customers who, as social enterprises, member or user-based organisations, bring their members onto the digital platform. Revenue is generated through its financing activities and interest on treasury funds. The African Wealth Fund also invests directly into enterprises and generates revenue through a growth in carried interest on investments.

The FORUS Digital post money valuation is based on onboarding our users, and accruing 20% of a forecast ARPU of $10. FORUS Digital has a conservative forecast earnings of $120 million based on the first 60 million customers.

The FORUS Digital fiat-backed token is ready to go in 26 currencies. Capital is being raised for the prudential requirements for the establishment of the first six country banks. FORUS Digital Exchange is the operational arm of the FORUS solution and is domiciled in New Zealand. Regional exchanges will be established to support operations across the globe. The exchange software is developed and ready to go live.

The FORUS technology and financial model enables universal stakeholding and the users to participate in revenue-generation through the MahalaX equity token.

The FORUS Digital Exchange comes at a time when the world’s leading economies are recognising and legislating to enable a swift and clean adoption of distributed ledger technology (DLT). Australia, New Zealand, Canada and Switzerland are among the leaders. January 2021 saw major international institutional acceptance of digital currencies.

FORUS is collaborating with the R3 Working Group to implement interoperable central bank-issued digital currency, with the Bank of International Settlements and some of the world’s biggest central banks, including Japan, UK, Switzerland and the European Central Bank.

FORUS has designed a strategy that enables economic regeneration and has projects rolling out throughout Africa, the US, the Caribbean and South East Asia.

FORUS invites new Mavens to invest $1000 or R15,000, and become active in the platform rollout.