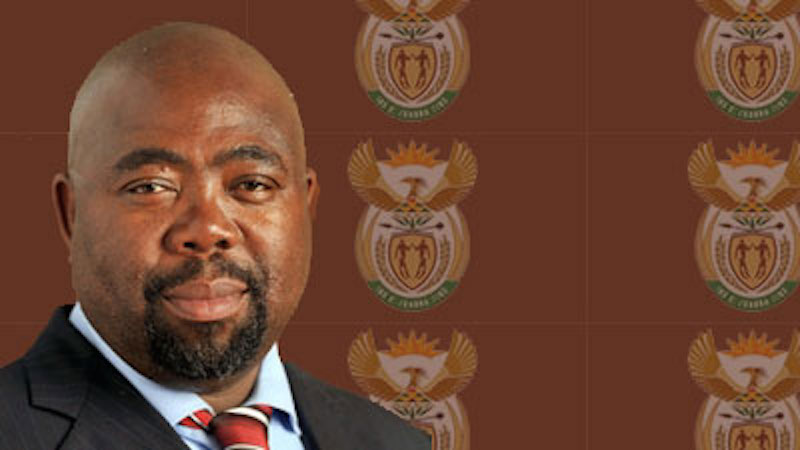 Head of Policy Research at the IRR, Dr. Anthea Jeffery underlines the crucial pitfalls that can be found in the recently cast Expropriation Bill of 2015 – a document that should, by way of aligning itself to our Constitution, be a protection for the people of our nation as much as it is for the government. The truth is that far from protecting us, the Bill sways dangerously in the favour of Government. Basically, it means that any member of state can take what they want, when they want it, as long as it sits in the camps of ‘for public purposes’ or ‘in public interest’ – as defined by.. well, the government. – CH

The Expropriation Bill of 2015 has finally been released by the Department of Public Works. The minister, Thulas Nxesi, wants it pushed through Parliament before year end. However, the 2015 Bill is just as unconstitutional as its 2013 predecessor.

The 2015 Bill again empowers both the minister of public works and all organs of state to expropriate property of virtually every kind, either ‘for public purposes’ or ‘in the public interest’.

In similar vein, the right to possess the property will automatically pass to the State on the relevant date in the notice, which could again be very soon after the transfer of ownership.

Like its predecessor, the 2015 Bill stipulates that the amount of compensation the State plans to pay must be included in the notice of expropriation. However, the current Bill breaks new ground by stating that an owner who objects to a second (not necessarily revised) offer of compensation from the State will be deemed to have accepted that offer if he fails to start court proceedings contesting the amount within 60 days.

Another new provision adds that, if a magistrate’s court (or the High Court) ultimately decides on a smaller amount of compensation than the Government has offered, the owner will have to pay the State’s legal costs. These costs will be deducted from the compensation owing to him, leaving only the balance, if any, to be paid to him.

In these circumstances, the expropriated owner – who may already have lost both ownership and possession of his property to the State – will need deep pockets to risk such litigation. He will also be given a mere 60 days in which to weigh the prospects of success, find legal representation, and issue summons. Most individuals will have no practical choice but to accept whatever the State offers.

Like its predecessor, the Bill seeks to empower the State to take property upfront – simply by notice of expropriation – while leaving it up to affected individuals to seek redress in the courts thereafter, if they can afford this.

However, ‘self-help’ of this kind is barred by both the common law and the Constitution. Under the common law, the State cannot simply seize property – even a gun likely to have been used in committing a murder – without first obtaining a court order in the form of a search-and-seizure warrant. In addition, a landlord, whether a state entity or a private individual, cannot simply evict a tenant in arrears with rent, but must first obtain a court order.

As these rules show, the common law protects individuals against unauthorised takings of their property. This protection is all the more important when it is the State that seeks to act in this way, for the State is a bearer of power wholly disproportionate to the puny strength of the subject.

Since 1996, the Constitution has thus strengthened common-law protections in three ways. First, the property clause (Section 25) lays down a number of conditions which must be met before any expropriation can be valid. Second, another clause (Section 34) adds that legal disputes must be ‘resolved by the application of law…in a fair public hearing before a court’. In addition, a third clause (Section 26) bars the State from evicting a person from his home without a court order expressly allowing this.

The Government claims the 2015 Bill will bring the current Expropriation Act of 1975 into line with the Constitution, but this is simply not true.

To pass constitutional muster, the 2015 Bill must be comprehensively recast. Among other necessary changes, it must prohibit the State from issuing a notice of expropriation until it has obtained a court order confirming:

The Government claims that the Bill is needed to speed up land reform, but this is a tired and unconvincing excuse that brushes over many inconvenient truths. In fact, only 8% of South Africans want land to farm; at least 73% of land reform projects have failed; and the Government has already spent billions of rands on taking hundreds of farms out of production with little benefit to anyone. Such pointless waste must stop, not be given further impetus.

Mr Nxesi now adds that the Expropriation Bill is needed to speed up the infrastructure programme. But this has stalled because of other policy mistakes, including a quota-driven affirmative action policy that has left many state entities without the experience to manage large projects.

However, in putting forward this flawed rationale, Mr Nxesi implicitly acknowledges that the Expropriation Bill will by no means be confined to farmland. Many people outside the agricultural sector have long tended to believe that the Bill would not affect them, but this is an illusion.

In its current form, the Bill is a draconian measure giving all state entities the power to take from farmers, miners, firms, and ordinary people their most important assets – often their sole assets, built up over a lifetime of endeavour. In return, less than adequate compensation will be paid. Moreover, once the Bill has been put on to the Statute Book, there will be little to prevent hundreds of state entities from resorting to it ever more often.

*Anthea Jeffery is the author of BEE: Helping or Hurting?, which deals with threats to property rights in mining, farming, and elsewhere.