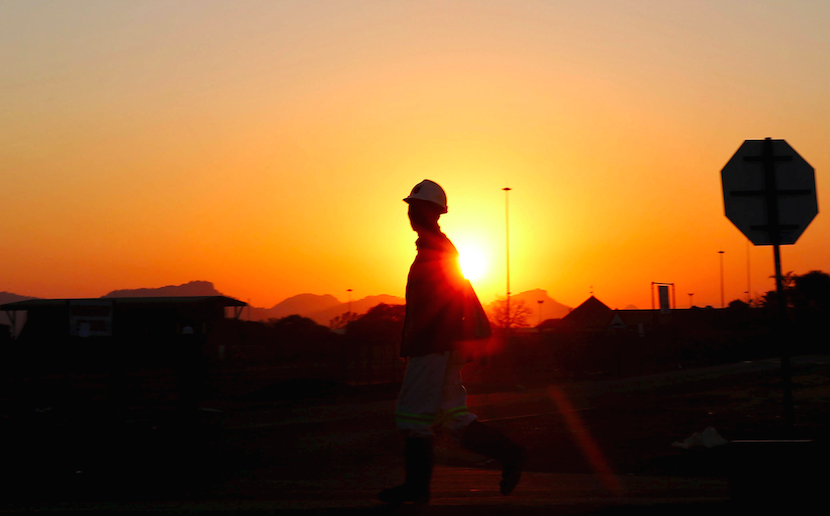 Magnus Heystek and I began our careers in financial journalism in the same year – 1980 – and in the same building – Perskor, Height St, Doornfontein. Our desks were a floor apart, he with the long departed Die Transvaler; me with The Citizen. In the three and a half decades since, we’ve played lots of golf and broken bread many times. Magnus has a fine mind and a talented pen. He possesses the rare combination of being able to accurately interpret trends and then communicate them in language we can all understand. He has also made some superb calls – was way ahead of me on offshore investing; residential property, Mauritius and, more recently biotech companies. Which is probably why he has built a substantial financial services business – Brenthurst Wealth, on whose website this article first appeared – while I’ve kept trying to beat the odds in media. Magnus is at his best when communicating his personal thoughts to clients. Weaving in personal experiences with his appreciation of the bigger picture. With no holds barred, as always. He is now fretting about his homeland going bankrupt, a theme equally well articulated by RW Johnson in his masterpiece, How Long Will SA Survive? This article first appeared on the Brenthurst Wealth website. – Alec Hogg

“How did you go bankrupt?”

These two lines, which appear in the Ernest Hemingway-novel ‘The Sun Also Rises’, encapsulate, for me at least, what is slowly but surely unfolding in South Africa.

We are in the slowly at first phase of going bankrupt as a country. But at a later stage, not too far away, will we reach the ‘suddenly’ part of running out of cash. Some would say we’ve already reached that point.

The #feesmustfall student unrest we witnessed at most of our campuses, Parliament and even at the Union Buildings, are seemingly unrelated symptoms of a much greater build-up of steam boiling under the surface. These sporadic and isolated incidents include the labour uprising and massacre at Marikana in 2012, the ongoing e-tolls boycott and several hundred incidents of social unrest around water, electricity and the provision of basic services.

But related they are and there is more to come.

For me they represent small but ever-growing fissures in the ground under our feet that are opening up as the financial pressures – brought about by years of economic mismanagement, corruption, lack of governance and government arrogance, to name just a few – build up steam.

What the end of the commodity cycle means

These pressures were still manageable when the commodity prices were in full bloom and the economy was growing at around 5%, prior to the Great Financial Crisis. Government revenue was pouring in, creating the illusion of a cash-flow that forever rises into the future. Ah, such bliss….

Those days now seem so far away. The commodity cycle peaked in about October 2011; less than a year later the first to feel the squeeze were the mine workers at the platinum mines who went on strike demanding an adjustment to their basic wages. They were met with a hail of bullets leaving 37 dead.

The e-toll saga in Gauteng is nothing else but a manifestation of middle-class anger directed at the financial squeeze they find themselves in. By itself e-tolls are not a substantial cost, but when taken into consideration with above-average increases in land taxes, medical aid fees, school fees, electricity and everything else, it becomes the proverbial last straw on the camel’s back. With e-tolls you have a choice to pay or not pay; that therefore became the weakest fissure and out burst the steam.

If government does not realise this and continues on its misguided current path, the pressures are bound to build up to a bursting point of volcanic proportions.

It also is a manifestation of the utter powerlessness experienced by middle-class voters who are being squeezed by rising taxes, levies, fees, medical aid contributions, cost of living and a host of other factors. There is a rage building up under normally placid and law-abiding taxpayers.

Mugged by a blue light gang

Let me give you a small example of what I’m talking about. I’m certain many will relate to this.

The other day, in rush-hour traffic near Sandton on the MI North going to Pretoria, I sat in bumper-to-bumper traffic, when behind me one of our modern-day curses under the ANC government loomed large in my rear-view mirror: a blue light convoy, accompanied by about five JMPD vehicles.

Everyone was threatened, cajoled, sworn at and pushed aside as the convey came screaming past, sirens blaring. Woe betide anyone who did not react fast enough in the eyes of the gun-toting JMPD-traffic cops, so that the big and very important man/woman of ANC could come through. I watched with horror as the procession continued in the direction of Pretoria.

It left me breathless with an impotent rage and yet we as taxpaying citizens can do absolutely nothing about it. I looked at the faces of the motorists around me, black and white, and the same rage was clearly visible.

It may be an insignificant incident in the greater scheme of things, but this is the way an increasing number of middle-class taxpayers in the private sector are starting to feel about the government. For it is they who are feeling the economic pinch the hardest.

Middle-class taxpayers in government have been earning salary increases at a rate of inflation plus 3% for many year now and have been promised increases of the same for the next three years. A cushy job in government is now the surest way to middle-class wealth for most South Africans. Much of that is the consequence of cadre deployment, among other things. Merit seemingly counts for very little in the greater scheme of things. Such is the power of the civil service that National Treasury had to allocate money from its contingency reserves – emergency money in other words – to satisfy the demands of government workers.

Middle-class taxpayers are not, generally, beating inflation with their salary increases. This can already be seen in new motor car sales, home sizes, travel and even medical aid membership – they are all shrinking. Middle class SA is under a tremendous amount of pressure. Over the weekend the Lever Institute at the University of Cape Town confirmed this trend.

As it is, according to economist Mike Schüssler, the average salary in government is now R241 000 per annum versus R196 000 per annum in the private sector. The bloated government salary bill lies at the heart of much of our financial problems at the moment. And what are we getting in exchange? Surly, sloppy service with attitude and if you can’t do your job, you employ a consultant.

There was a time that a government employee would accept a lesser salary (relative to the private sector), in exchange for job security, medical aid, housing allowance and a generous pension fund. It was in the private sector where you would make the big bucks but where you could also lose your job and/or business if things went pear-shaped.

In the current financial year SA will spend R550 billion on the salaries of all civil servants from local to national government, more than half of the four major taxes central government receives, namely VAT, personal income tax, company tax and fuel taxes.

People often ask me what a fiscal cliff is. Just open your eyes and observe. We are busy storming at one right now. A fiscal cliff is when your expenses keep on rising but your income suddenly drops away, leaving you with a massive debt to service.

Our media is barely scratching the surface when it comes to the thievery and gross incompetence at local government level. All the North West municipalities, for instance, are under administration. It has become so common that reports of theft and maladministration do not even receive a mention anymore.

Last month trade union Solidarity released a report on the ‘ghost workers’ of the North West province, highlighting that at least 36 000 ghost employees have been drawing a combined amount of R19 billion in salaries in this province alone. R19 billion! This report received barely a mention in the media and one battles to find any discussion on it.

I feel like shouting: There’s the money for #feesmustfall!

The education fee shortfall shouldn’t cost anyone a thing. Just stop the thieving and corruption and you have all the money for anyone who qualifies to go to university.

But in the end government will find someone else to blame: the private sector, the ‘privileged’ whites, the colonialists or the foreigners.

Government spending will be higher next year; so too the budget deficit, the wage bill as well as interest payments on government debt.

And all the time those pesky foreigners, the foreign debt ratings agencies, are waiting and watching.

Ratings agencies… such a western thing.

*Magnus Heystek is investment strategist at Brenthurst Wealth. He can be reached for ideas and suggestions at [email protected].