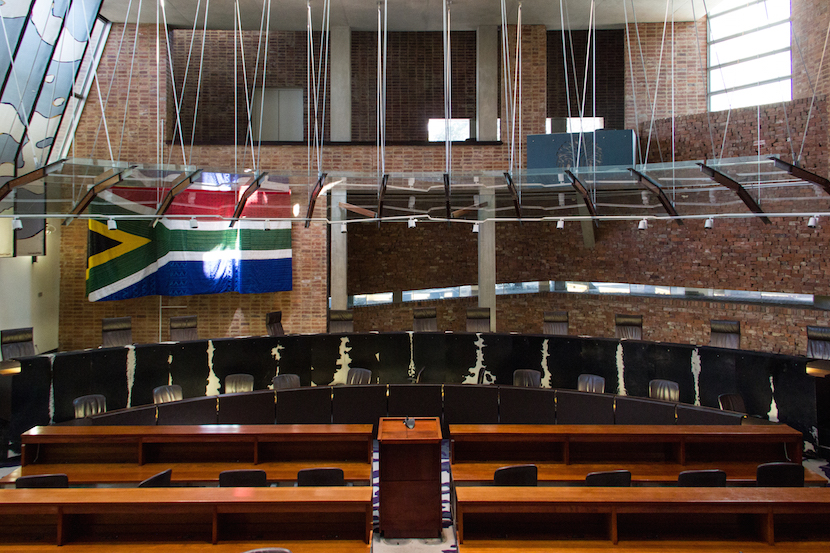 Nelson Mandela was neither the hero nor the icon that the world worshipped, but he did understand that more was to be gained by trying to promote unity than to fuel the fans of mindless racism to score political points.

But the party which has been diminished most by these events is the ANC.

The ANC’s response to the furore following Penny Sparrow’s appallingly racist Facebook entry referring to blacks as monkeys, should have provided leadership to all through this crisis by behaving with dignity, soberness and enjoining the tolerant majority to take the lead.

Instead, the ANC joined the fray by threatening to legislate further criminal punishment against anyone guilty of racism or promoting Apartheid.

In truth this is really only electioneering and trying to divert society from its increasingly poor governance, particularly President Zuma’s.

First, in a bizarre act of Monty Pythonesque electioneering, the ANC laid a complaint with the SA Human Rights Commission to “investigate the DA as a ‘breeding ground’ for racists.”

Second, Zizi Kodwa the ANC’s spokesman on all matters racist, said that the DA’s billboards commenting on joblessness under Zuma’s ANC government are racist:

“Even in that message in the billboard, its depiction, if nothing else, expresses the character of a racist party. In their narrow view, unemployment in this country is caused by a black government.”

The ANC’s nonsensical response to what is bog-standard electioneering neither burnishes its anti-racism credentials nor taints the DA. If the ANC had gravitas and a track record of good governance, it would ignore these posters. People aren’t stupid: won’t believe the posters’ claims if they don’t believe they’re true.

What the ANC is implying is that 21 years of equity measures have failed to reduce racism: not the Employment Equity Act, the Labour Relations Act, the Promotion of Equality and Prevention of Unfair Discrimination Act, any of the Affirmative Action and Black Economic Empowerment measures, the courts or other legislated bodies that enforce legislation.

“We will take action against her because we think it is unfortunate for a person who comes from such a profession to make such remarks, but it means within the media there are racists like her who harbour hatred towards black people [and the ANC].”

The comment may have been crass and careless but it wasn’t racist. Why did the ANC say it was?

A local columnist once said that there are worse things in this life than to be offended. He was right. We all need to take the utmost care to ensure that the causing of racial offence doesn’t allow critics of the government to be branded as racist just for expressing criticism. We cannot allow the satisfaction of our putative outrage to silence of our opponents.

There is a distinction between being offended and being incited to hatred and violence. Section 16(2) of the Constitution prohibits speech that incites imminent violence or advocates hatred that is “based on race, ethnicity, gender or religion, and that constitutes incitement to cause harm.” (our underlining)

At the ANC’s birthday “celebration”, Zuma vowed that the party would lead society in the fight against racism. He warned of tough measures against citizens found to be racist.

John Jeffery, Deputy Minister of Justice and Constitutional Development, said, in an interview that the government intended a range of punishments: suspended sentences and fines. Imprisonment would be a last resort.

Jeffery said that the the Department of Justice has been working on a hate crimes bill. Jeffery said that they had not intended to include hate speech as a hate crime, but now they would have to reconsider it. He reassured us that they don’t want to restrict free speech. People can go to an Equality Court or to a civil court but these avenues are not used nearly enough, said Jeffery.

Submitting that people don’t use the Equality Court enough is not the same as saying that the the government has promoted use of the forum sufficiently. Or that people have perceived a great need to use them.

South Africa has been legislated into oblivion, but when all else (performance) fails, legislate!

The 15-year old Equality Act forbids hate speech. All the divisions of the High Court and designated Magistrates’ Courts are designated as ‘Equality Courts’.

The Act gives effect to the letter and spirit of the Constitution by providing measures to facilitate the eradication of hate speech.

It is required to “educate the public and raise public awareness on the importance of promoting equality and overcoming hate speech” and to provide remedies for victims of hate speech.

It also prohibits the advocacy of hatred that constitutes incitement to cause harm, contemplated in the Constitution.

The prohibition of hate speech forbids publishing, propagating, advocating or communicating prohibited words in a manner that could reasonably be “construed to demonstrate a clear intention to-

(b) be harmful or to incite harm;

An Equality Court can

An Equality Court order is equal to that made by a civil court, and appeals and review against its decisions can be made to a High Court or the Supreme Court of Appeal.

The South African Human Rights Commission and others can conduct investigations into cases and make recommendations regarding cases of hate speech referred to them by an equality court.

In addition, the common law crime of crimen injuria is available. It is defined as “unlawfully, intentionally and seriously impairing the dignity of another”. Hate speech can be the subject of a crime injuria charge which can result in imprisonment.

An accuser has to prove three elements:

Crimen injuria is mostly of value to a person complaining about the behaviour of a single accused rather than amorphous groups.

The common law civil claim for defamation can also be used against hate speech, particularly to claim monetary damages. Defamation is the unlawful and intentional publication of an untrue statement about someone which detrimentally affects the complainant’s reputation. It is also most appropriately resorted to against an individual.

The ANC’s hysterical hyperbole is not going to detract from its failures. The ‘triple finance minister’ moment of Zuma in December 2015 turned a corner in the contempt the people of this country feel for the ANC’s leadership that will not easily be reversed or disguised.

Racism is expressed mostly vocally when people are unhappy about society. Racists and their victims have common ground: all are deeply frustrated by and angry with a government and a president that governs us poorly. We are all being economically impoverished by very poor leadership, the poor worst of all. No amount of anti-racism mobilisation will save the ANC from itself.

*Sara Gon is a Policy Fellow at the IRR, a think tank that promotes economic and political liberty.