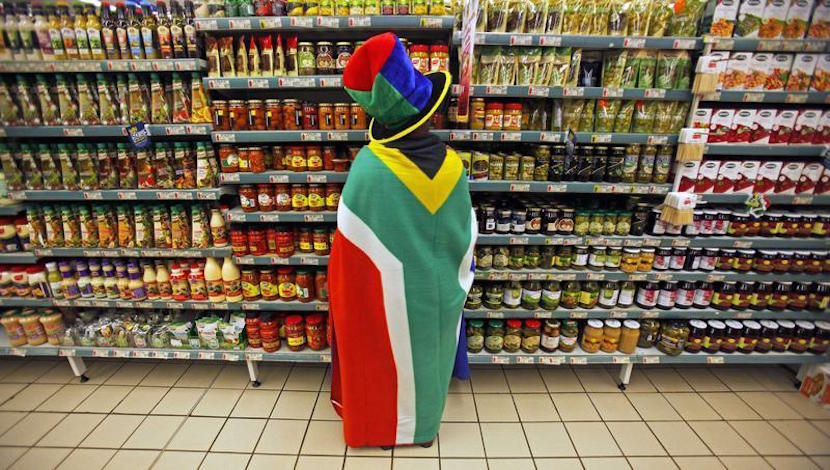 We recently gave advice on how to grow cojones (BizNews, 21 January 2016), particularly for distribution to the corporate sector. In it we reflected on the pusillanimity of Business Leadership SA’s response to Nhlanhla Nene’s sacking.

Chris Barron has done so with more vigour in an interview with Business Leadership South Africa’s (BLSA) chairman, Bobby Godsell who said that BLSA couldn’t have done more. Not a single business leader wasn’t distressed by this event, and everyone used every avenue available to express that concern.

Other than some bankers and a few others, the public has no idea what business did in this matter. We understand that not every approach to government can be done publicly or be made public, but if all approaches are discreet or diplomatic, we can only assume that nothing is being done. We are often taken aback by how little business does in its own interests.

South African business leadership in general is out of touch with ordinary people and obeisant to the politicians.

We don’t see evidence of the NDP being implemented. It is spoken about like a magic spell that is yet to be cast. A government comprised of five economics-related ministers, two of whom are communists, would be risible if the consequences weren’t devastatingly serious. The economy has become a governmental plaything intended to reward alliance partners and more.

Godsell gives, as an example of an NDP advance, a law that prevents employees from doing business with government. A law is not necessary: a contractual condition of employment will suffice.

A look at other laws that have been drafted since the NDP was adopted by the Cabinet in 2012 reveals the following: The Expropriation Bill of 2015, The Promotion and Protection of Investment Act of 2015, the Private Security Industry Regulation Amendment Bill of 2013, proposals to transfer 50% of all commercial farms to long-serving farmworkers, new limits on land ownership in terms of which farmers would be allowed to own a maximum of 12 000 hectares, new rules prohibiting foreigners (and foreign-owned companies) from owning farmland, proposals to restrict or terminate patent rights, the Mineral and Petroleum Resources Development Amendment Act of 2013 (withdrawn but leaving investor uncertainty intact), amended visa regulations in 2015 (to be amended), and various measures amending employment equity requirements which deter local and foreign investment.

None of the above measures is beneficial to business, growth or investment.

The Executive Director of the American Chamber of Commerce in South Africa, Carol O’Brien, says of the Promotion and Protection of Investment Act: “But it has to be borne in mind that (investment) decisions of that nature are made five, eight years before the time, so we will really see the results of this in the years to come, not immediately.”

Barron said that there is a discrepancy between the NDP and government’s intentions with regard to nuclear power and land reform. Godsell said that as a democracy there’s going to be controversy. The Cabinet approved the NDP – the President and his Ministers cannot just ignore it and do the opposite of what they agreed.

Business’s customers and clients need leadership on economic issues. Many South Africans don’t believe they can wait for the electoral process to deal with the economy. Zuma is only set to leave office in 2019. A no-confidence vote will not succeed while ANC parliamentarians don’t support one. So people are forced to resort to other types of pressure. People, however, have largely written off business to support them.

There wasn’t much concern in the interview that the International Monetary Fund (IMF) and the World Bank were soon going to tell government what needs to be done and give it ultimata, if business would not.

The Nene affair left us in no doubt that the international financial institutions are going to face down the government in a way they have never done before, sooner rather than later. The disastrous effects of a ratings downgrade don’t need to be repeated here. But the possibility of achieving junk status for the first time in 2016 is very real.

The mood in Davos this year was sober. Fewer foreign investors attended South African events than in previous years.

The IMF has forecast that South Africa’s growth rate will be under 1% in 2016. Historically the IMF’s views on our growth rate have erred on the side of optimism. Also historically, the IMF’s forecasts come later in the year: coming now is unusually, and worryingly, early.

FDI flows into West Africa “only” shrank by 10% to $12.8-billion, as a result real issues such as the Ebola outbreak, regional conflicts and falling commodity prices.

We are in deep trouble and need to be brave.