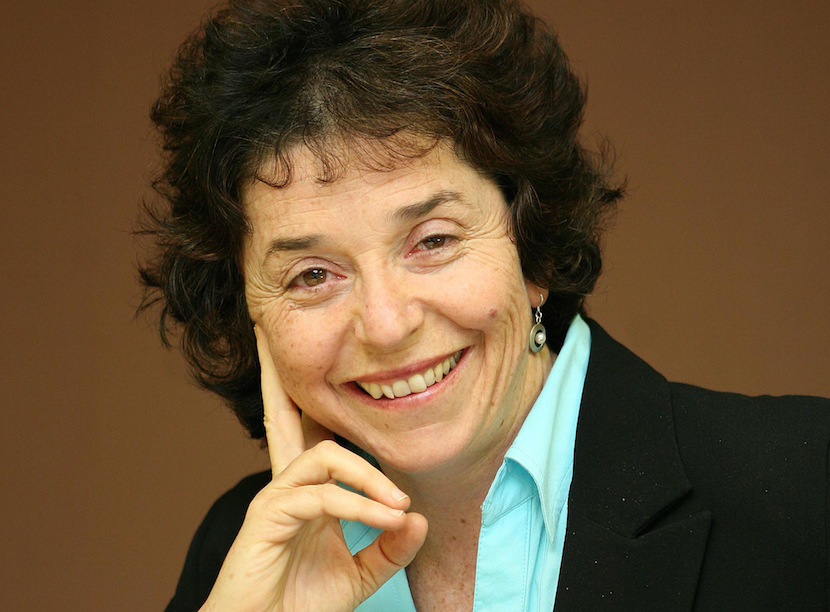 For the past decade, CDE head Ann Bernstein has been a full voiced canary in SA’s coal mine. An excellent researcher and forthright commentator, she has been warning about much which has now come to pass. Unfortunately, the courageous Bernstein’s fretting fell on deaf ears. Those who should have publicly supported her, business leadership, simply tut-tutted while shoveling the maximum abroad (and letting SA-blocked cash lie fallow in the bank). Bernstein repays the compliment in this typically direct op-ed, explaining how SA business has emasculated itself. Some years back then Finance Minister Trevor Manuel accused SA business of cowardice. The way Bernstein sees it, little has changed. – Alec Hogg

THE country is in deep trouble: huge layoffs of workers will add to our devastatingly high unemployment. We have a growth rate that will not reach 1% this year, and there is no prospect of a change in policy and attitude by SA’s top leaders.

The issues at stake could not be more important: in the short term, how to manage the 2016 budget and stave off the downgrade by rating agencies to junk status; more fundamentally, the future of the economy and the nonracial democracy.

At this time of economic crisis, the government (or parts of it) are suddenly very interested in what business leaders have to say. This opportunity should not be wasted. How has business responded so far?

The public response by SA’s apex business organisation, Business Leadership SA (BLSA), after the shock removal of Nhlanhla Nene from the finance ministry in December was instructive. A more defensive, cautious, and totally-without-impact statement is hard to imagine. This approach attracted considerable criticism from business and the media, leading Peter Bruce, editor-in-chief of Business Day and the Financial Mail, to write, “In the middle of a crisis that could have shut SA down, BLSA forfeited its right to speak for anyone.”

A statement by business leaders amid an unprecedented economic crisis should have spelled out the consequences of the president’s actions for all South Africans; indicated that he had single-handedly undermined one of the major achievements of democratic SA, namely the creation of a world-class treasury and global confidence in the country’s fiscal management; and stated it had undermined their confidence in how the country was being governed.

A stronger statement was contained in an open letter to the president by a group of prominent, mainly black, South Africans including a few leading business people (Reuel Khoza, immediate past chairman of Nedbank, and Bonang Mohale, chairman of Shell). They wrote that “the damage this is causing to the credibility of the country may take years or even decades to reverse … we are gravely concerned about the manner in which you are governing us.”

How did leading companies and business organisations get to this weak and ineffectual place? In the face of sustained attacks on its legitimacy, and the pressure of having to do business with the government, “established” business organisations and companies have increasingly chosen to be reactive and accommodating. This is understandable to an extent. Business leaders are in a difficult situation: castigated by high government officials for not speaking out clearly; criticised by others when they do.

“Going along to get along,” as participants in, and sometime implementers of, policies they believe to be misguided and damaging is probably the predominant response. Others have opted for silence and withdrawal. But a lack of plain speaking does not foster effective communication about the problems besetting the economy, or make clear what business needs from the government. It leaves unchallenged damaging ideas about the nature of economic growth in a global economy. It also leads some in the government to suspect, correctly, that business leaders don’t say in public what they say in private. A climate of mistrust is the result.

This approach is fundamentally flawed. Too much time is spent seeking a good relationship by being compliant and uncritical. Instead of constructively arguing for a different approach to achieving common national goals, business support often functions as a “Band-Aid”, propping up failure in the form of wrong policies, bad implementation or a reluctance to deal with uncomfortable root causes.

The default approach of organised business to political engagement is to avoid public debate and bet on the ability of business leaders to build the kind of personal relations with senior politicians needed to shift policy. But informal, backroom engagement on its own is often ineffective and generates its own risks. It must be complemented by robust public engagement.

In a democracy, public positions and participation inform discussion and validate the role of business. It also prevents suspicions as to what exactly is happening in all those behind-the-scenes discussions. Who is benefiting from the backroom deals?

A pliant business community that retreats from public debate and shows a fear of the government is bad for the country. In democracies, the “public square” really matters. Business leaders and organisations need to participate in the debate on how SA should deal with its challenges of unemployment, poverty and inequality. Business has to make the public case for prioritising private sector-led economic growth, and explain how an expanding economy can create many new jobs. It has to make the case for the reforms that are essential for SA to get out of its deepening troubles so that we can return to building an inclusive and increasingly prosperous society.

South African business has not gauged the environment in which it is operating correctly. It is a highly contextual reality, shaped by an apartheid history, liberation politics and the 2008 global economic crisis, which to many undermined capitalism. In this context, to neglect the public arena and perceptions of markets, firms and profits in that arena has been a big mistake. Public debate influences how the government and the governing party perceive business. Silence allows antimarket voices to dominate public discussion. It also fails to provide support to promarket voices within the government.

To many South Africans, the virtues of markets and enterprise are not self-evident. If business is to thrive in the long term and help SA grow, it cannot leave the defence of the market to chance, or to other interests. Business needs to contest the idea that all or most of SA’s problems are caused by business or markets. It has to communicate that business success means far more than profits for “fat cats” — companies pay out vast sums in taxes, wages, health and pension benefits. Business needs to be a co-author of SA’s future, rather than a victim of circumstance, a passenger, or be co-opted without knowing it.

There is no coherent business strategy or effective organisation making a strong case for how to achieve the high and inclusive growth SA desperately needs. Business leaders have struggled to engage effectively in the democratic politics of the country.

They have overemphasised behind-the-scenes talks with the government and nearly totally underutilised the opportunities democracy provides to participate in public debate and through these mechanisms, influence attitudes to markets and firms.

They have not made the case for much higher and more inclusive growth as the only foundation to deal with the challenges of poverty, unemployment and inequality.

They have not made the case for how SA is to create an environment for many more new and smaller firms. They have not been effective in promoting the benefits of profit-making firms for national development or in putting forward practical proposals on how dynamic markets and companies can help resolve the country’s many challenges.

At this time of crisis in SA, it is not only the government that needs a fundamental change of direction. Business needs a new strategy if it is to provide the leadership the country desperately needs.