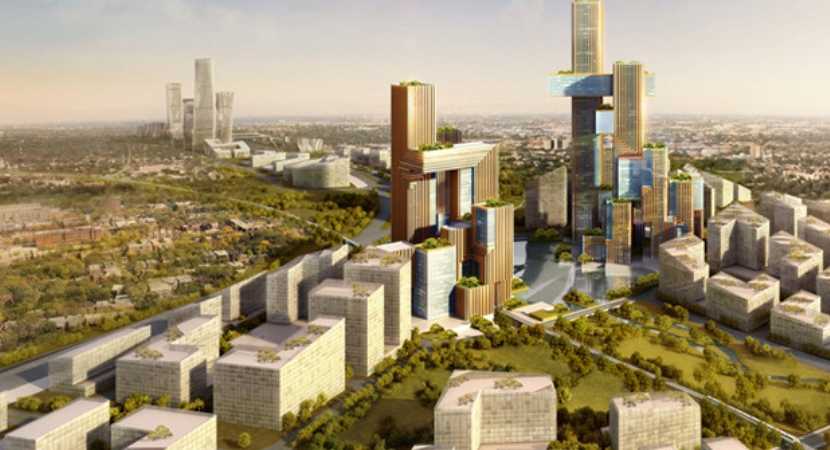 JOHANNESBURG — Back in 2013/14, many journalists were caught up and infatuated in the hype of a newly planned Chinese megacity to be situated in Modderfontein, less than 20km away from Sandton Central. One of those journalists was me who was intrigued at the prospect of Chinese firm Zendai bringing a construction boom to a rather quiet Johannesburg. At the time, I was the editor of ITWeb Africa, an online publication covering technology across the continent. China’s role in Africa was particularly newsworthy at the time and so I found myself writing about the Zendai-backed project’s plans to be the continent’s first-ever smart city. However, there were some journalists among us who were more sceptical, in particular, colleague and BizNews publisher Alec Hogg. And in what is a highly prophetic article, Alec back in 2013 already cast doubt on the megacity project. Alec turned out to be absolutely dead-right and it’s now emerged that the project was quietly killed off some time ago already. The reasons for its failure are numerous, but what’s clear is that the project was always more pie than sky. – Gareth van Zyl

By Ricardo Reboredo* and Frances Brill*

Six years ago a major development was announced in South Africa. Billed as a game changer, it was meant to alter the urban footprint of Johannesburg, Africa’s richest city, forever.

The Modderfontein New City project was launched amid much fanfare, expectation and media hype.

Zendai, a Chinese developer, bought a 1600-hectare site north-east of Johannesburg for the development, which it quickly dubbed as the “New York of Africa”. Early plans showed it was to include 55,000 housing units, 1,468,000 m2 of office space and all the necessary amenities for urban life in the form of a single large-scale urban district. The cost estimate was set at R84bn.

The developers believed that Modderfontein could function as a global business hub and would become Johannesburg’s main commercial center, replacing Sandton. The project would also change Johannesburg’s international profile by strengthening relations with Asian corporate interests.

But, despite the release of futuristic computer-generated images which led to significant publicity for the project, it was never built. Instead, the land was eventually sold off. Another developer has since begun construction on a much more scaled down project, in the form of a gated-community style housing development.

Modderfontein has faded away from the public consciousness. The story of why it failed has never been adequately told in the media.

Our research, which took place over the course of several years, sought to understand the factors which led to the project’s demise. We also wanted to find out how Modderfontein’s failure relates to the broader African urban context.

We found that the project was hindered by conflicting visions between the developer and the City of Johannesburg. Moreover, unexpectedly low demand for both housing and office space meant the original plan for the project was incompatible with the city’s real estate market.

The project’s trajectory also shows how African “edge-city” developments, which are generally elite-driven and marketed as “eco-friendly” or “smart”, can be influenced by a strong local government with the means and willingness to shape development.

Zendai’s aspirations to produce a high-end, mixed-used development did not fit with the City of Johannesburg’s approach. Rather than a luxurious global hub, the city wanted a more inclusive development – one which reflected the principles outlined in its 2014 Spatial Development Framework.

At the heart of the framework is the desire to reshape a trend that saw capital leave the old central business district for affluent Sandton at the dawn of democracy in 1994. This was accompanied by an upsurge in securitised suburbs further north towards Pretoria, the country’s capital city.

These spatial trends were incompatible with the ideals of South Africa’s new democratic government and its strategy to mitigate the effects of apartheid-era planning. During apartheid, black people were prohibited from living in more affluent areas, which were reserved for the minority white population. Instead, they were forced into sprawling “townships” on the periphery of cities, far from work and economic opportunities.

The Shanghai Zendai vision is ever so faintly creepy: wanting their 1600 ha in Modderfontein to be the new centre of Joburg.

To this end, the city demanded that Zendai include at least 5 000 affordable homes in its plans. It also wanted to ensure that the development was compatible with, and complemented, Johanneburg’s public transport system. The city was willing to contribute funding for the necessary infrastructure and inclusive housing.

Yet Zendai remained steadfast in its commitment to its vision, eventually deciding against fully integrating the city’s wishes into its planning application. This saw the city draw-out the planning process.

Meanwhile, problems were mounting for Zendai. The owner, Dai Zhikang, was eventually forced to sell his stake in the project to the China Orient Asset Management Company. Rather than continuing with the project, the asset managers sold the land to the company behind the new housing development on the site.

Over the last decade, a variety of developments like Modderfontein, including Eko-Atlantic in Nigeria, New Cairo in Egypt, and Konza Technology City in Kenya, have been touted by both public and private sectors as panaceas for Africa’s urban problems. The thinking is that as the developments are disconnected from the existing urban landscape, they won’t be burdened by crime or informality. However, these projects can take badly needed resources away from the marginalised areas of the city.

To make them more palatable to domestic and international audiences, the developments are usually marketed as “smart” or “eco-friendly”.

But these developments can fail at the point of implementation. This is because, as speculative projects, they generally don’t recognise the need to fit in with the wishes of the local authorities or adapt to the existing city. In the case of Modderfontein, the city government had the capability to push back against the developers and, in the end tried to shape the project to better fit Johannesburg’s urban realities.