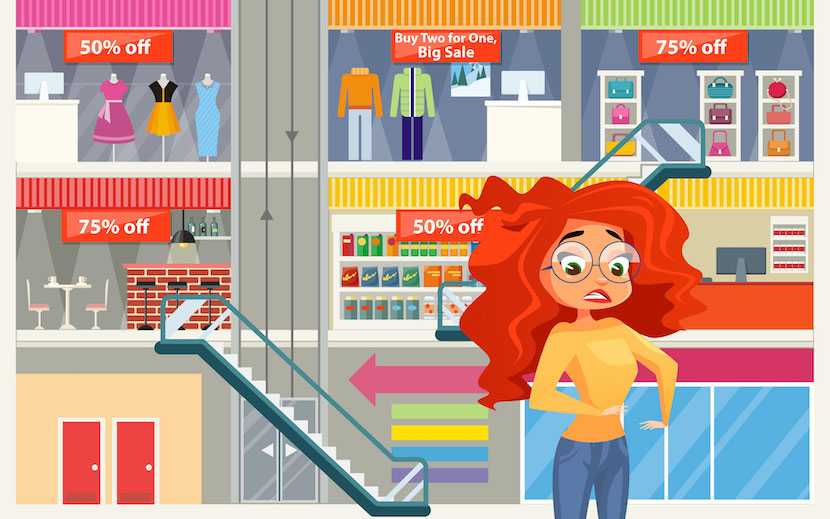 Money may not be able to buy you happiness, but its absence can certainly cause you stress. The big challenge is to find a way of spending less than you earn, and knowing when enough is enough.

Nothing will make you wake up and smell the financial coffee like an overdraft, a monthly income of less than half of that overdraft on average, two children to feed, and an impending divorce.

I will never forget that feeling as long as I live – the dread, the panic, the anxiety. Actually, who am I kidding? I was terrified.

In retrospect, I realise that I was in that place not because I didn’t earn enough, or because I had debt – and had been living in debt for too long – although those factors are hugely important on a practical level.

I was in that place because I had handed over my financial power to someone else. I wasn’t in charge of my own finances the way I wanted to be, and had been persuaded to do things in a way that didn’t sit well with me.

Something had to change, and it had to change fast, or I didn’t know how I was going to feed my children while we went through a period of enormous upheaval.

The road to financial freedom, it turns out, is like many things, simple – which is not to say it’s easy. Not in the least. And it takes time. But it really is about two things – getting more money in, or spending less. Or both, if you can pull it off.

But more importantly, I think, financial freedom happens in your head. Because it requires you to go to a place where you figure out what’s really important to you; what really matters.

Financial freedom, I think, apart from being in a place where you own more than you owe (which is hopefully minimal to nothing) is a freedom from the lure of consumerism.

We live in a world where we are bombarded from every quarter with the ‘must-have’ message, which changes with alarming frequency. Most of it is unnecessary to life, most of it is about artifice, about image, about being seen to be having a particular lifestyle.

So we get ourselves into more and more trouble, till we end up with a situation where our lives are like a designer cappuccino with magnificent froth, except there’s no coffee underneath, it just dirty dishwater. But it looks good, right?

And then we lie in our beds, sleepless, wondering how we’re going to pay for the car, the house, the store accounts, the credit cards, the personal loans. When in fact, a smaller, simpler, slightly older car is just as efficient as getting us from A to B.

Read also: Mandy Collins: On the cusp of turning 50, I’m celebrating the silver linings of a whole new age of possibility

We really don’t need three types of lounge or an acre of land in the middle of a city. Three bicycles or guitars or cars per person is ridiculous. That slightly older cell phone still works.

And when you strip away all of those things, you’re still you underneath it all – with all of your insecurities and anxieties.

My finances are a lot more settled now, several years later. My car is 12 years old, with 304 000km on the clock and a few dents and scratches, but I don’t owe anything on it, and it gets me where I need to go.

If I can’t buy something cash – I don’t buy it. I don’t live in a well-to-do suburb anymore, but it’s nice enough, and I’m happier here than I ever was in the upmarket suburb I lived before.

My house could do with some fixing here and there – which is the way of home ownership – but I just do it as I’m able, in small chunks, and slowly, but surely it’s getting done.

We have clothes to wear, and enough food to eat, and I am grateful for that every single day.

More importantly, though, I am free from that compulsion to constantly acquire more stuff – and not just any stuff – this or that stuff that marketers tell me will make other people look at me in a particular way; stuff that really doesn’t add anything significant to my life other than stress and debt and insomnia.