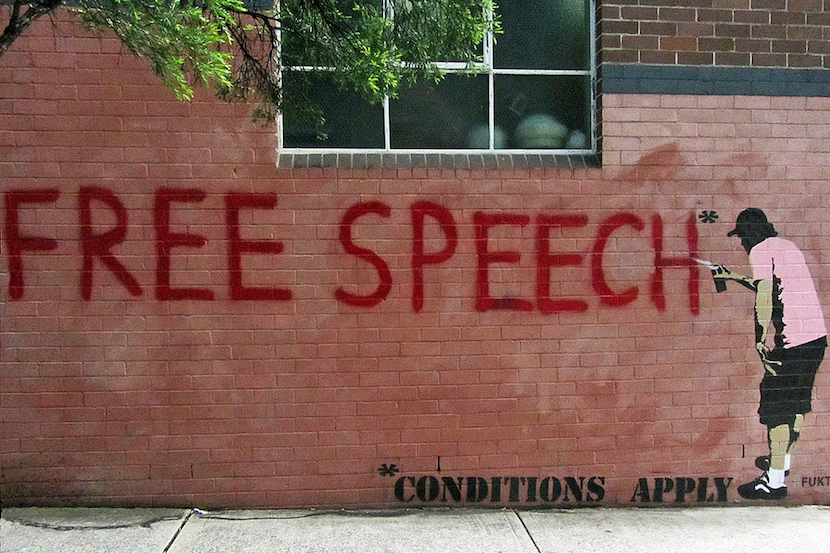 Five key changes have been implemented to the hate speech and hate crimes bill which, says Anthea Jeffery, will help to protect commentators such as journalists, artists, academics and more. The changes, as the IRR’s Head of Policy Research notes, are significant based on how the 2016 draft would have threatened free speech in South Africa. Using an example of a cartoon which insulted former President Jacob Zuma, Jeffery draws parallels between what would have happened then and now. “A journalist who e-mailed the cartoon insulting the president to others, or who included the cartoon in an article posted on the Internet, could have been jailed for up to three years. That the journalist was not the author of the cartoon and intended only to inform would not be a defence.” Below, Jeffery also goes through the five changes in detail – but notes that these changes are “not nearly enough.” – Jarryd Neves

Revised hate speech bill: gains on the swings, but what of the roundabouts?

Parliament has called for written submissions by 1st October 2021 on the new hate speech and hate crimes bill, formally the Prevention and Combating of Hate Crime and Hate Speech Bill of 2018 (the Bill).

Thanks to the IRR and the thousands of other people and organisations who raised objections to the 2016 version of this bill, many important improvements to the hate speech provisions have been made.

These changes will help protect journalists, academics, artists, and many other commentators. They also show an encouragingly positive response from the justice ministry to reasoned argument and compelling evidence.

On the hate speech provisions, five key changes have been made. Their significance is best assessed by reminding readers of just how severely the 2016 draft would have threatened free speech.

The threat to free speech in the 2016 bill

Under the 2016 draft, the author of a cartoon insulting former president Jacob Zuma by drawing him with a showerhead fixed to his forehead could potentially have been jailed for up to three years for intentionally bringing Mr Zuma into ‘contempt or ridicule’ for his ‘belief’ that showering after sex with an HIV-positive partner would protect him from infection.

A journalist who e-mailed the cartoon insulting the president to others, or who included the cartoon in an article posted on the Internet, could have been jailed for up to three years too. That the journalist was not the author of the cartoon and intended only to inform would not be a defence.

If the journalist discussed her proposal to publish the cartoon with a colleague who recommended that she go ahead, that colleague could also have been jailed for up to three years for ‘aiding’ or ‘encouraging’ the commission of the hate speech crime.

For a second offence of the same kind, the cartoonist, the journalist, and her colleague could all have been jailed for up to ten years.

In response to strong criticism from the IRR and others, the deputy minister of justice and constitutional development, John Jeffery, claimed that the 2016 draft was modelled on equivalent hate speech laws in Australia, Canada, and Kenya.

But this was not so. Australia does not put people in jail for hate speech and has a raft of free speech defences to protect journalists, academics, artists, cartoonists, and other commentators from civil liability.

Canada allows jail terms only for speech that incites genocide or public violence. It also includes a range of free speech defences to protect journalists, satirists, and others.

Kenya’s aim, against the background of the ethnic violence in 2007/08 that cost 1 300 lives, is primarily to prohibit speech that intends to stir up similar ethnic conflict or is likely to do so. Its prohibitions are thus much narrower than those in the 2016 draft.

The closest equivalent to the draft bill’s provisions making it a criminal offence to insult Mr Zuma – or simply to distribute such an insult – were to be found in communist Cuba. Under ‘insult’ laws there, people can be jailed for up to three years for criticisms of this kind that are directed at the president or his government.

A law curtailing free speech in this way had no place in South Africa’s democracy, said the IRR and many others. The justice ministry, to its credit, has heeded these concerns in the revised version of the Bill now open for public comment.

What then are the five key changes?

First, the ‘insult’ clauses have been dropped, while the definition of hate speech has been narrowed to the intentional ‘communication’ of material that could ‘reasonably be construed to demonstrate a clear intention to (i) be harmful or to incite harm, or (ii) promote or propagate hatred’, based on one or more of 15 listed grounds.

Second, the listed grounds are somewhat narrower and no longer include ‘occupation or trade’ in the hate speech context. This is a helpful shift, as ‘occupation’ might otherwise be used to penalise ‘harmful’ comments about MPs or cabinet ministers.

Third, the clauses making it a crime to ‘aid’, ‘encourage’, ‘incite’ or ‘promote’ the commission of a hate speech offence have been scrapped.

Fourth, the penalties for repeated hate speech crimes have been reduced. An initial hate speech crime is still punishable by a fine (of unspecified amount) or imprisonment for up to three years, or both. But whereas the draft bill made a second offence punishable by imprisonment for up to ten years, the current provisions halve this to a maximum of five years. (Under both versions, a fine can be levied instead, or in addition to, the jail term imposed.)

Fifth, important defences have been introduced for journalists, academics, and artists among others. According to Section 4(2) of the Bill, the prohibition of hate speech does not apply to any publication or communication that is ‘done in good faith’ and ‘in the course of engaging in’:

This fifth change is particularly significant and brings the Bill better into line with hate speech legislation elsewhere. By protecting journalists and others from criminal prosecution and punishment, it also helps preserve the freedom of expression that the Constitutional Court has described as ‘the lifeblood of an open and democratic society’.

These changes are not nearly enough

But these changes are also not nearly enough. Take the example of Paul Rossi, a maths teacher at a Manhattan high school who felt compelled despite the risks (he no longer has his job) to question the uniform ‘anti-racist’ views the school expected both staff and students to endorse.

Worse still, as Rossi writes, staff were also expected to treat students differently according to their race. In keeping with the precepts of critical race theory (CRT), ‘the morally compromised status of “oppressor” was assigned to one group of students based on their immutable characteristics, [while] dependency, resentment and moral superiority were cultivated in students considered “oppressed”’.

At a mandatory, whites-only student and faculty Zoom meeting (racially segregated sessions had become commonplace), Rossi questioned whether people should define themselves in terms of their racial identity at all. He also questioned whether attributes such as ‘objectivity’ and ‘individualism’, which used to be seen as strengths, should be dismissed as ‘characteristics of white supremacy’.

His questions, he said, encouraged others to speak up and generated a more meaningful discussion. But when his words were shared outside the meeting (in breach of the school norm of confidentiality), he was told by the head of the school that his queries had ‘caused “harm” to students, given that these topics were “life and death matters, about people’s flesh and blood and bone”’. He was also told he had created ‘“dissonance for vulnerable and unformed thinkers” and “neurological disturbance in students’ beings and systems”’.

CRT-type thinking, in terms of which all whites are seen as oppressors and all blacks as their victims, is seeping into many South African schools too. Imagine then the difficulty a teacher here might face if the Bill’s hate speech provisions were enacted into law and she wanted to question damaging CRT dogma in the way that Rossi felt compelled to do.

A teacher who asked questions of this kind in a school meeting would not have the benefit of the defences introduced by the Bill. She would not be engaged in creative activity, nor in academic research or scientific inquiry, nor in ‘fair and accurate reporting in the public interest’. Nor could she be said to be ‘interpreting’ or ‘espousing’ any religious belief.

Could she then be convicted of hate speech under the present Bill? This will depend on whether she has ‘intentionally’ communicated words ‘in a manner that could reasonably be construed to demonstrate a clear intention’ to be ‘harmful’ to people on the basis of their race.

The Rossi example suggests this test could easily be met. If she tried to argue that she intended no harm and caused none too, this could be brushed aside on the basis that she had blundered in on ‘life and death matters’, thereby creating ‘dissonance’ and ‘neurological disturbance in students’ beings and systems’.

Despite the important improvements to the Bill, it is difficult to predict how far criminal liability for hate speech might in time extend – and particularly so as CRT’s exaggerations and distortions take increasing hold over universities, schools, civil society organisations, and the private sector.

In 2001, in the Mamabolo case, the Constitutional Court highlighted ‘the public interest in the open market place of ideas’ and said ‘we should be particularly astute to outlaw any form of thought control, however respectably dressed.’

Has this judgment been overtaken by the recent Constitutional Court ruling in the Qwelane case that endorsed, with some important changes, the definition of hate speech in the Promotion of Equality and Prevention of Unfair Discrimination Act (Pepuda) of 2000? This is a key question that merits careful unpacking – and to which I will turn in this column next week.