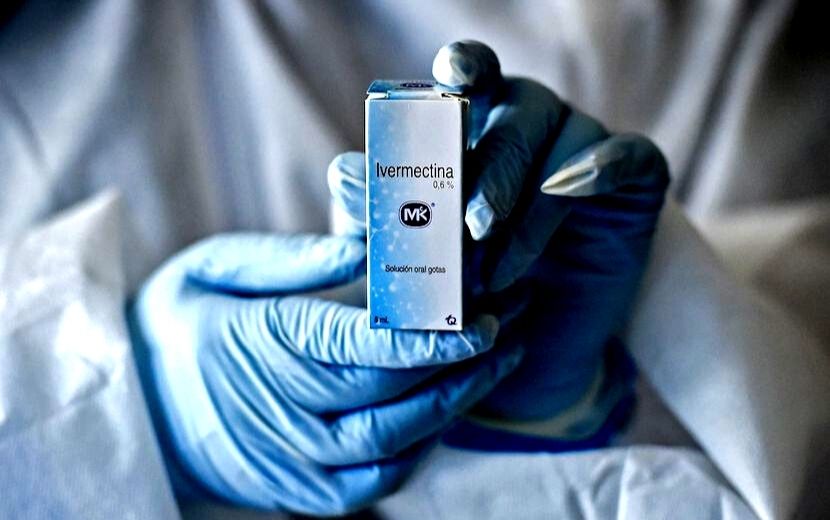 The article was first published on 16 March 2021

Ivermectin, the cheap drug taking the fight to Covid-19, has been used across the world (for many decades) to fight ailments of all sorts – with excellent results. The drug has been banned in South Africa, despite many studies and plenty of evidence showing its effectiveness in curing patients with Covid-19. The South African Health Products Regulatory Authority (SAHPRA) approved the use of the drug under specific circumstances – much to the frustration of many. In a major breakthrough, Bongani Luthuli – Attorney and Director at Bongani Khanyile ka Luthuli Attorneys Inc, pan-Africanist, ACDP NEC – told BizNews that ‘due to the pressure of ACDP and others – they’ve conceded to the usage and rollout of ivermectin. They will be registering the product on Wednesday’. – Jarryd Neves

Bongani Luthuli on the background of the ivermectin battle:

The papers have been exchanged back and forth, where ACDP has taken SAHPRA and the minister to court, to seek the usage and rollout of ivermectin. SAHPRA has been reluctant to do that. What they did was, opportunistically, they sent out a programme – what they called a compassionate programme – which meant that doctors would have to apply under Section 21 to get permission to use ivermectin. It is quite a bureaucratic process, frustrating and completely unworkable, because they contended that ivermectin was not fit for human use and was banned in the republic.

On the decision to allow the use of ivermectin in SA:

We then filed our papers and secured dates – 29th, 30th and 31st – for the oral arguments to be argued. I’m the attorney for the ACDP in this matter and I got a call yesterday by SAHPRA’s attorneys, that they want to chat to us on the developments.

It turns out that on Wednesday there will be – due to the pressure of ACDP and others – they’ve conceded to the usage and rollout of ivermectin. They will be registering the product on Wednesday. We then discussed the draft order and [that] essentially covers everything that ACDP had sought, by way of relief in the court. It’s a major breakthrough for the people of South Africa because we’ve been very adamant that ivermectin can assist in this pandemic.

On whether this can be contested:

We were going to argue the substance of the application, but now they have conceded and they’ve come now and said, ‘look, we’re going to rollout ivermectin. They’ve consented to the order that we have sought. This is now a settlement, as opposed to a directive from court. We’ve agreed then, that it’s going to be made an order of court, so that we don’t need to go to court on the 29th to the 31st – because they’ve literally conceded.

On people that have been arrested for using ivermectin:

I think those people have to be given some kind of amnesty. Normally, what happens is if the law comes in effect one needs to see it retrospectively – whether it’s a retrospective application or not. It would be completely unfair, in this context, to say those that have been arrested must continue being prosecuted when it’s now legal. There needs to be a discharge of those [individuals]. That’s what we’re going to be calling out for.

We have felt that those were unlawful arrests in any event because of our conviction on ivermectin. That’s going to be the stance; we’re going to have to agitate for those people to be discharged [and be] free from persecution.

On why the ACDP has fought this battle:

So, we’ve heard from other jurisdictions, we’ve got reports and proof. From some of the doctors around the effective use of ivermectin for treatment. So we believe in this product and we’ve been advocating for it, but the government has been tone deaf.

On which specific products can be used:

It says that ivermectin is a product, that is contained in any treatment that would be used. There’s been a misnomer, as to whether it’s authorised or not. It has been used for the treatment of animals and we know that it’s safe for human treatment. It’s a matter of dosage – and that’s in the purview of the doctor themselves.

When they prescribe a particular dosage, then we know that’s safe. So we’re saying any product that has ivermectin – which is what they are doing now on Wednesday – is safe for treatment and the doctors can get to the [specificities of] the amount, the quantities and the dosage.

As people in South Africa and elsewhere in the world, especially those who, in the triaging stakes of being excluded from treatment as a result of age and co-morbidities, given that for many months of having no vaccines or cures on the horizon, came to realise that they were on their own while BigPharma saw opportunity to cash in big on the global pandemic, enter the grape-vine news that lowly, exceptionally safe, very cheap IVERMECTIN, in any and every available form, offered hope.

At first, just rumours, but with a groundswell of scientific evidence from world-renowned medical professionals like Professors Paul E. Marik, Pierre Kory of the FLCCC in the US, the work of Dr Andrew Hill and others, advocating and clamouring for the use of Ivermectin as a prophylaxis and possible life-saver against Covid-19, people across South Africa, Africa and the world responded.

As authorities, vested interests and academics at the fore-front of regulating and controlling public access to Ivermectin  issued dire warnings filled with half-truths, downright lies, and shoddy rationalisations against the use of one of the safest medical inventions ever, the public responded. Ivermectin, freely available disappeared off Veterinary Pharmaceutical shelves. And turned the Covid-19 tide.

Of course, those nay-sayers (and their media classical Greek chorus) would feign ignorance of the role and impact of Ivermectin. After all billions are at stake for BigPharma with its deep pockets able to bribe its way into governments, academic institutions and global health regulatory authorities.