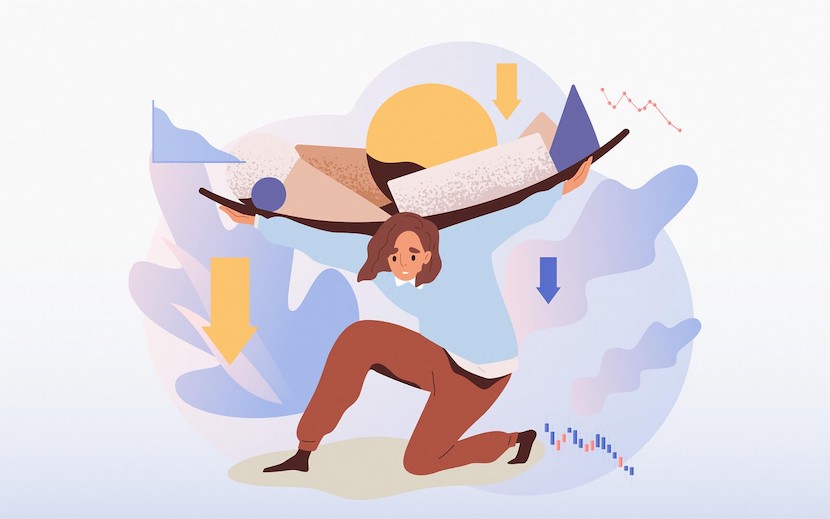 Could it all be a matter of mind over money?

Debt is a four-letter word that South Africans are all too familiar with. But we’re not alone.

According to the South African Reserve Bank, the national household debt-to-income ratio stood at 77% in 2020. This means that if a household earns R20 000 in a month, it will have to pay out just over R15 000 to service its debts.

That’s a whopping piece of the pie, especially when lenders consider a ratio of between 28% and 35% to be safe.

How did we get into this pickle? It might seem obvious, given the economic turbulence of the past two years, along with the rising cost of living. But there are other factors at play that affect everyone across the world, regardless of their economic situation.

The psychology behind accruing and managing debt is a relatively new field of study, but one that is delivering key insights into how people engage with the money they have or don’t have.

One recent finding is how the “psychological ownership of money” affects a person’s borrowing habits.

Stephanie Tully, an assistant professor of marketing at Stanford Graduate School of Business, defines this as “the extent to which funds that are available to be borrowed feel like one’s own money”.

If a lender has a high psychological ownership of borrowed money, the borrowed funds will feel like their own. They’ll be much more likely to spend it than those with a low sense of ownership.

This high attachment is connected not only to a person’s need for efficacy, control, or sense of identity, but to the context of the borrowed money itself.

Tully points out that while loans are typically cheaper than credit, people are more readily drawn to credit since it implies greater autonomy, possibility, and ownership. A loan, on the other hand, reflects limits and underscores that the money is owed rather than personally owned.

There are other psychological factors that influence the management of debt. While it is common knowledge that one should first pay off the debt that accrues the highest interest, researchers have pinpointed something called “debt account aversion” that negatively influences borrowers with multiple debt streams.

In the paper Winning the Battle but Losing the War: The Psychology of Debt Management, Dr Moty Amar and his team reveal that people tend to pay off the smallest loan first to reduce the total number of debt streams. This helps them achieve a sense of tangible progress toward debt repayment, despite the strategy not benefitting them financially in the long run.

Even debt consolidation, the most useful and beneficial tactic to managing multiple streams, is not used nearly as much as it should be. The reason? Time and complexity.

According to Scientific American, the complex decision-making process and the level of research and paperwork can lead to decision paralysis. “We become unable to make a decision for fear of making the wrong one. So, we procrastinate or rely on a default.”

The problem with unhealthy debt extends far beyond what it means for your credit record. According to a study published in Social Science and Medicine, high financial debt is associated with higher perceived stress and depression, worse self-reported general health, and higher diastolic blood pressure.

A clear reminder to take debt seriously, and not just for your credit health. If you’re struggling with your burden of debt, remember that you’re not alone.

If you feel your debt status is becoming unmanageable, speak to a financial adviser or debt counsellor to help you.