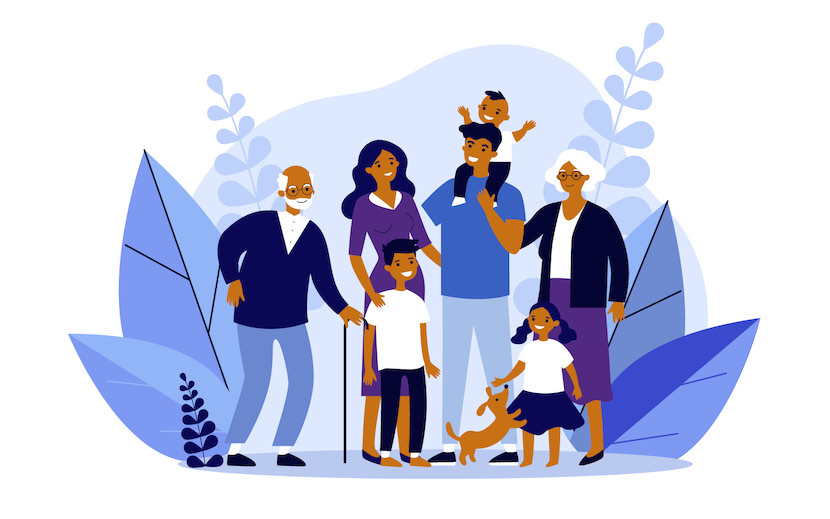 Those who lend their names to us live on in who we are.

My father, Thabo, was a young man of 22, newly-married, when he overheard a conversation that would forever change his life.

He heard his father complaining to friends about the way his own children did not respect him as much as Thabo did.

In this way, inadvertently, Thabo learned that the man who had raised him was not his biological father.

The revelation came as a jolt, but my father decided to honour his adoptive father by keeping his surname.

Then he went to look for his real father, a popular body builder from Lesotho, who periodically lived in Kimberley.

As part of the quest, my parents travelled to the glorious Kingdom of Lesotho in 1981, with their newborn daughter, my older sister. There they found my father’s biological father – Monaheng Monyane.

Growing up, I remember my biological grandfather as a man who was proud of his family history.

We learned that we were direct descendants of King Moshoeshoe I. However, there was a significant language barrier that made it difficult for us to understand how we formed part of the royal lineage. We were raised to speak SeTswana.

Unfortunately, our father and grandfather passed away before my sister and I could make any sense of our ancestry.

Last year, as I was adjusting to depression medication, a friend sent me a quote by Qwana M. “BabyGirl” Reynolds-Frasier.

They were two of the most powerful sentences I had ever read. I sought to learn more about my forefathers, even though I was not carrying their surname. The first order of business was to learn our clan praise.

“I am the tribal crocodile from Mantsane of Monaheng. The calf of Kali, child of Tšolo. He/she, who refuses to be rationed. He/she, who does not eat leftovers. He/she who eats the entire portion.”

A warm feeling of belonging fills me every time I recite these words.

With this information on hand and a bit of research, I began my journey of self-discovery; that which my soul, and possibly the spirit of our father, yearned for.

I had become accustomed to shrinking myself to please others, continuously pouring from an empty cup.

This left me feeling depleted and riddled with guilt, for allowing myself to be treated the way I had been by family, friends, colleagues, and strangers.

It had to start with me working on myself. What better way to do that than by finding the meaning behind my name?

People tend to frown when I give them my full name: Poppy Cynthia Louw. I have often had to explain how it is that I am black, yet I have no African name.

Never mind the surname and the fact that my maternal grandmother, the child of a woman from Namibia, spoke to us in Afrikaans, the closest language to her mother tongue.

My older sister, Lerato, named me after my late aunt, Poppy Cynthia Moss. I recently researched the meaning of the name and on the kind of person my aunt was.

A poppy is a type of flower from the Papaveraceae family. A bright, colourful, happy-looking flower.

My mother, aunt, and uncle sent me voice notes describing this unicorn of a woman I was named after. She was a loving, happy-go-lucky, friendly and funny person, who was not only beautiful at first sight, but loved beautiful things. She always wore a smile on her face and tried to avoid conflict.

From my uncle, I learned that I share a zodiac sign with Poppy, giving me an even deeper connection to her. She loved soccer and was a hard worker in her household duties, including washing and polishing the red stoep.

My aunt passed before I was born, so I never got to meet her, but learning about her from family has made me proud to be the one who carries her name. The one chosen to continue her legacy of love, kindness, and living life fully and passionately.

Knowing who I am and where I come from has been the greatest blessing. I am more self-assured, I practice self-love, and I have stopped seeking approval from people.

I may have not met King Moshoeshoe I, my Aunt Poppy, or many of those who came before me. But I can hold my head high with the knowledge that my ancestors are always with me, and that I am free to accept myself and redefine who I am.