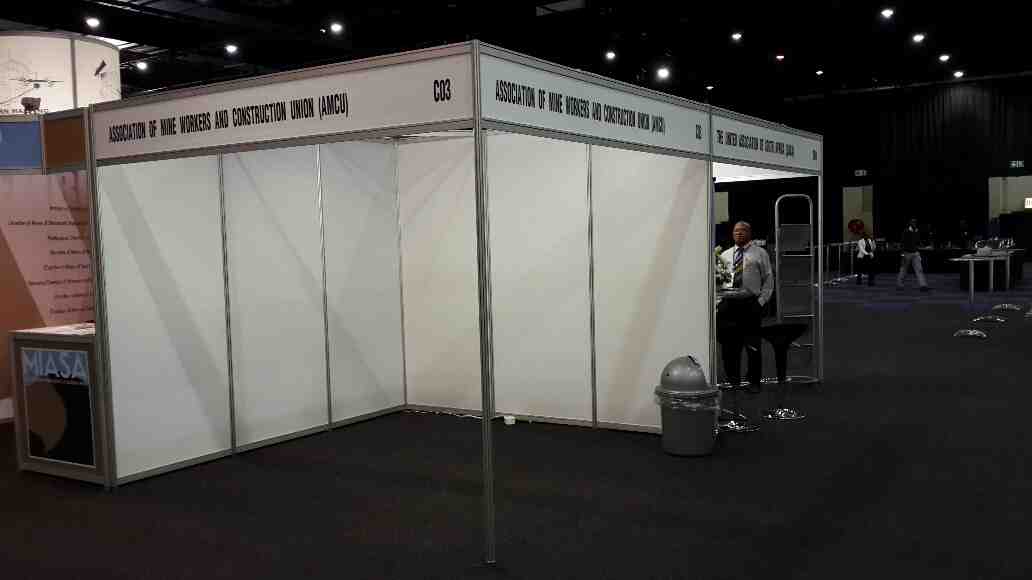 Have spent today at the Mining Lekgotla at the Sandton Convention Centre. It wasn’t the most uplifing experience. A bit like being the

quiet kid at the jock’s after-match party. Standing one side and watching testosterone levels rise in direct proportion to alcohol consumption. There hasn’t been much drinking here. But there’s that same awful feeling in the gut. Like when you witness a disaster about to unfold.

One year and a few days after Marikana, it looks like the mining industry, labour and Government has learnt little from that darkest point in Democratic SA’s short history. Instead of celebrating progress, of reflecting on how bad things were, it feels like we’ve lurched even further down the scale. The atmosphere is highly charged, tense, uncertain. Those few foreigners who have bothered to make the trip are the only ones talking openly about it.

There has been no getting around a table to talk things over. Everyone knows there’s really no point in doing so while a central role player is absent. A lekgotla is traditionally a gathering of those with cool heads, society’s wise men and women who talk straight and settle difficult issues. Instead, at this gathering, so far it’s been more jaw, jaw. The leading protagonist, the body everyone else is blaming for the problems, trade union AMCU, didn’t pitch. Its empty stand in the exhibition hall bears silent witness.

It also hasn’t helped that the organisers miscalculated on security equipment. With only two x-ray machines for an expected 1 250 delegates, the wait to get into the Ballroom is excessive. That, and the late arrival of some presenters, threw the official timing into a tailspin. But you can overcome lateness. Being exposed to the aggression and narcissism of those who just “know” they have the answers is more difficult.

I had the privilege of interviewing two of the NUM officials closely involved in the run-up to Marikana. Both came across as angry. Angry with AMCU. Angry with Impala Platinum. Angry with Lonmin. Angry with everyone, it seems, but themselves. Ironically, they are now calling on Government to instill discipline. Hinting that it should use the full might of the SAPS and Army to enforce provisions in labour legislation. Re-establish the rule of law.

How long this approach will last is moot. Just when I was starting to get hopeful, one of them completely misinterpreted an excellent presentation by Fred MacMahon from Canada’s Fraser Institute. In it MacMahon showed how poorly South Africa fares in a global comparison of issues that matter to mining investors. Chiefly the uncertain legislative framework and, of course, labour relations where, the country is stone last – which takes some doing when you have Zimbabwe, Indonesia and China on the same list.

The young union firebrand said the data “tortured” him. But instead of the Fraser Institute’s data being the last straw to sober up SA’s teetering mining camel, in his mind it proved the argument for greater state intervention. He got to this unlikely conclusion by pointing to Botswana and Chile ranking higher on the list than SA. And, he argued, they have a bigger direct State involvement in ownership through Debswana and Codelco. That the rankings actually related to the regulatory framework foreign investors look for, passed him by.

So what to make of all this doom and gloom? Anglo American’s CEO Mark Cutifani provided a light, easy-going opening address. It carried his typical “let’s get together and work this out” message. Reminding me of the excellent advice Benjamin Zander once provided on a weekend breakaway in the bush: Wear the world like a loose cloak. Don’t take yourself so godddam seriously. Everything will come right. This too shall pass.

I like that. And mostly agree with Cutifani that the more we worry about things going wrong, the more likely they are to do so. We have it in our power to fix things. But somehow, after what I saw here today, the mountain looks a little higher, the climb a little steeper. The ghost of AMCU is the biggest reason making it so. This immature but growing force might not have been in the room, but it cannot be ignored. This is not a case of the dogs barking and the caravan moving on.  Perhaps the industry needs to sink still further before reaching its true rock bottom. Perhaps, horrors, even Marikana wasn’t enough.