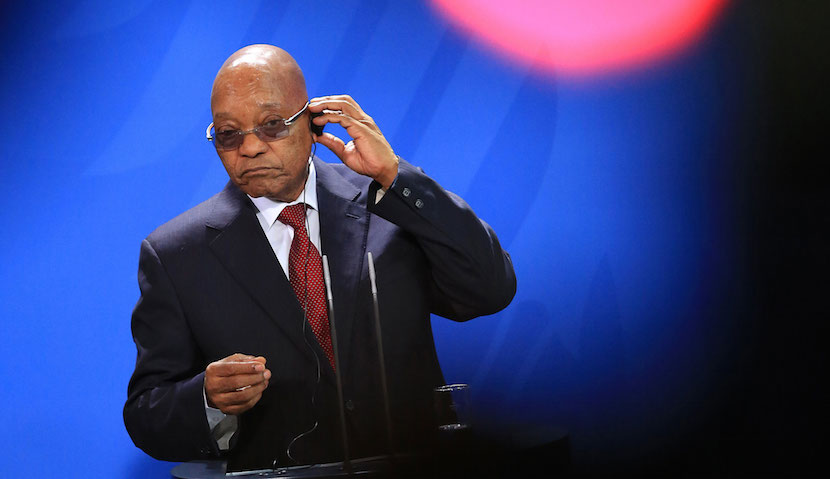 One could argue conspiracy theory’s become a part of everyday thinking for those with ‘targets’ on their backs. And it seems another variation of an event has caused alarm in the ruling party ranks. In the News24 report below ANC spokesperson Zizi Kodwa says instead of making plans to keep the party in power, Britain’s Defence Ministry is planning to unseat President Jacob Zuma. And adding fuel to this fire, secretary general Gwede Mantashe, said in an interview on eNCA that the United States embassy were meeting daily to discuss regime change. But given the history of northern neighbours Zimbabwe, one can understand were the thought process is coming from – but surely not. The ‘illusion’ of a target on one’s back can lead to many conclusions. And one could argue the ANC should look internally before pointing fingers outside. And while the Constitutional Court ruling may seem like a distant memory, many former stalwarts have called for Zuma to resign, while 27 former Directors General only yesterday called for a public ‘state capture’ inquiry. And one thing’s for certain, the pressure for leadership change is growing. – Stuart Lowman

Johannesburg – Reports that Britain’s Defence Ministry is making plans to keep the ANC in power are merely an attempt to distract South Africans from its real plan to unseat President Jacob Zuma, the party said on Monday.

“We know they want to divert us from the real story,” spokesperson Zizi Kodwa told News24.

He was responding to a report by news publication VICE that a group of officials from Britain’s Royal College of Defence Studies visited South Africa last year to “assess the political threats to continuing ANC rule in South Africa”.

The officers’ task was to “devise a medium term strategy, with concrete deliverables, for the party to retain power at the next general election”.

VICE reported that the delegation visited the Johannesburg Stock Exchange and the offices of British platinum miner Lonmin.

Kodwa accused Britain and the United States of America of using undemocratic means to change a democratically elected government.

Read also: How world sees SA: As elections loom, ANC’s honeymoon is well and truly over

“It has done so in many other countries, working with America as part of a Western coalition, to unseat democratically elected government through undemocratic means. They are part of that agenda,” he said.

The ANC wanted answers from the British government and would approach the Department of International Relations and Co-operation to raise the issue through formal channels.

The SA National Defence Force’s Brigadier General Xolani Mabanga told News24 earlier he was unaware of the claims. If proven true, the SANDF would stay out of it as it was “above party politics”.

The UK’s Defence Ministry said the visit was “purely academic”.

This was not the first time the ANC had made such allegations.

According to Mantashe, not corruption, greed and lack of good governance are to blame when ppl demand regime change. Blame the West. Smh

Speaking at an anti-racism march in Pretoria in February, he accused the US Embassy of meeting daily to advance regime change in South Africa.

Mantashe accused the embassy of taking people to the United States for six weeks and then bringing them back to South Africa and “planting” them on campuses. – News24