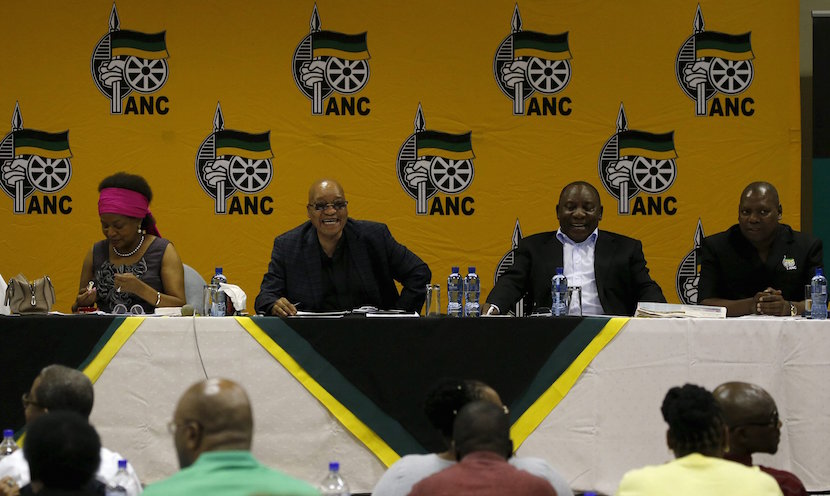 Since assuming control of South Africa, ANC leaders who followed Nelson Mandela have a record of rapidly dispensing of those perceived as threats. Early in his first term, President Thabo Mbeki banished lively future contenders Tokyo Sexwale and Mathews Phosa by accusing them of an outrageous plot to overthrow him – and later actually fired his Deputy Jacob Zuma. For his part, Zuma’s treatment of deputy Cyril “Gopher” Ramaphosa has spiked the billionaire trade unionist’s succession chances. So a widely whispered dark horse in the succession stakes, ANC Treasurer and Top Six member Zweli Mkhize, has wisely kept a low profile. To now see him in the limelight over the very public matter of the reconstituted South African Airways directorate, sends a signal about the way ANC winds are blowing. Mkhize is highly rated but seems to be backing the wrong horse. The new SAA board is a politically engineered compromise – although he was convinced to bring in new blood, Zuma refuses to ditch the cause of the mess, his Foundation and SAA’s chair Duduzile Myeni. And while some appointees seem credible, none have requisite experience in the complex airline sector. For now, though, that’s a side issue. Zweli Mkhize, a would-be-Presidential candidate, has finally put his head above the parapet. There is no coincidence this comes at a time when the ANC’s leadership vacuum and internal divisions have become increasingly obvious. – Alec Hogg

Johannesburg – The appointment of a new SAA board is a step forward, says Zweli Mkhize, ANC treasurer general.

Mkhize was addressing media and business leaders at the Sanlam offices in Sandton, on Tuesday night. Mkhize shared on the economic outlook for the country and the way forward following the local election results.

“What is most positive is that Cabinet is taking responsibility for what has happened.” It shows government and Cabinet looked at various issues before taking a decision to replace the board. “SAA should operate at a level that is competitive with other airlines, and is able to run without government guarantees.”

Mkhize said it would be ideal for all State-owned Enterprises (SOEs) to be independent, to run efficiently and to be self-sustaining, without having to rely on government subsidies.

He also said that the president’s SOE oversight counsel is purely a recommendation, and not something the government has concluded. “It is not about bringing new powers for the President.”

Read also: Is ANC heading for a split? Inside the Zuma vs Gordhan war

Mkhize said that government and the private sector must be open to discuss such issues with each other.  “There can’t be a time where we avoid each other, especially if we think a situation is tough.

“Sometimes we need a crisis to realise we need each other,” he said as he made reference to December 9, when former Finance Minister Nhlanhla Nene was removed from his post. The event saw the rand plummet.

“Out of that something positive has come. There is more meaningful consultation and negotiation between government and the private sector,” he said.

To avoid a downgrade in December, Mkhize said that South Africans should do their bit, not necessarily to “impress the visitors” but to take themselves forward. “We must do it to make a better life for ourselves.” He added that the 3.3% growth in GDP for the second quarter should be celebrated, following a “tense” first quarter.

Despite the areas of weakness, Mkhize said it was important to acknowledge the country’s strengths. Among these include the independence of its commercial and financial institutions, as well as Treasury and the fact that the country has a stable democracy.

“Every five years there are elections and the results are respected,” he said. “There is no way we will have a regime, outside the will of the people.”

Zweli Mkhize: "We as the ANC will not allow state capture, regardless of by whom it is." pic.twitter.com/4aoarZLLFy

He said that managing matters should not make people “uncomfortable” about the sense of political stability in the country. He was referring to reports on the Hawks probe into Finance Minister Pravin Gordhan. Mkhize said it was important to “hold onto the fact” that the president, deputy president and ruling party expressed confidence in the minister.

He added that discussions between government and business should lead to solutions that support economic growth, draw investment and create more jobs. – Fin24