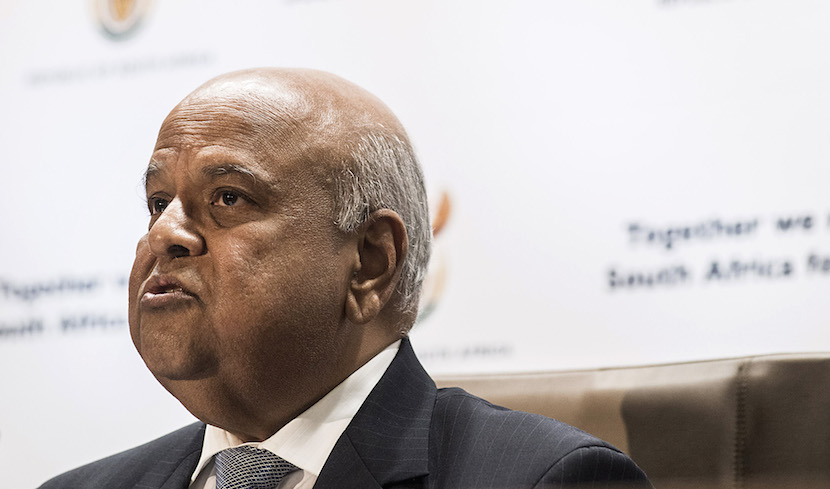 Sometimes a footnote speaks more powerfully than a whole book. The nation has received a clear signal that South Africa is coming to an end in the long war of attrition between its crony capitalist-friendly President Jacob Zuma and higher-minded members of his party. In Parliament yesterday, finance minister Pravin Gordhan – the focus of Zuma’s ire – mentioned almost as an aside a fact which says much. He shared that Zuma’s avowed favourite, destructive SA Airways chairman Dudu Myeni, is now a lame duck. Although re-appointed as chairman during restructuring of the airline’s board, this was done merely to ensure a “smooth handover”. Myeni will be gone from Kempton Park, permanently, within a year. Add this week’s unusual high profile speech by ANC Top Six member and Presidential prospect Zweli Mkhize plus ANC stalwart and Anglogold chairman Sipho Pityana‘s public roasting of Zuma, it’s pretty clear a tornado of change is bearing down on South African politics. History also tells us the most effective agents for political change are churches and students. Both these powerful forces are now in play. Religious leaders have publicly sided with Gordhan against Zuma. And university students are also out in force. Hope springs. – Alec Hogg

The airline needs a new management team and must be able to stand on its own feet withing the next five years, Gordhan told lawmakers in Cape Town on Wednesday. Chairwoman Dudu Myeni was reappointed to ensure proper handover to a new board and will vacate her post after a year, he said.

Gordhan said he will meet with Public Enterprises Minister Lynne Brown about the sale of a minority stake in the airline. The government reappointed Myeni last week and also appointed 11 new non-executive directors for the carrier.

The NRLC met Gordhan on Wednesday.

“We are gravely concerned about how he is being treated and the implications this has for our country and the fight against corruption,” it said in a statement.

After what Gordhan said yesterday, something tells me that Dudu Myeni won't have things her way with the new SAA Board.

The Hawks’ investigation into Gordhan’s alleged wrongdoing could seriously damage the economy, given the vital role of an effective Treasury.

“We have confidence in the integrity and ability of the Treasury team and in the way they are doing their work. We would like to strongly warn those who want to raid the institution and destabilise the country not to push the people of South Africa too far. No one, but no one, should treat our country as their personal fiefdom.”

On August 22, the Hawks instructed Gordhan and three former Sars employees – Ivan Pillay, Johann van Loggerenberg and Oupa Magashula – to present themselves to their office in Pretoria so they could make warning statements.

Gordhan: If there is any bullying I am subjected to (regarding SAA board), I will come back and report to you.
*cough*

The unit wanted to question Gordhan about his alleged contraventions of the National Strategic Intelligence Act and Public Finance Management Act. These related to his approval of former Sars commissioner Pillay’s early retirement in 2010 and to the alleged creation of an intelligence unit within Sars.

In a statement, Gordhan said he had taken legal advice and had no obligation to present himself to the Hawks. He said he should be left to do his job in a difficult economic environment.

Gordhan was Sars commissioner between 1999 and 2009. During this period, a so-called “rogue unit” was allegedly established, which was allegedly involved in illegal intelligence gathering. – News24