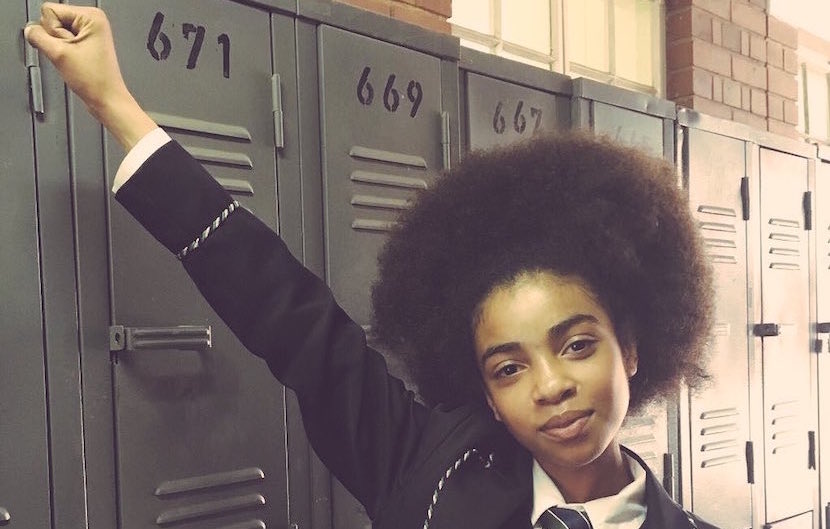 The hair protests, sparked by policy at Pretoria Girls’ High School, trumped Pravin Gordhan and SOE stories, according to data from media monitoring group Roi Africa. And it’s a theme that many feared could head the way the #FeeMustFall protests went. The debate still rages on what is an acceptable hairstyle, but it’s also widened into a race and language controversy. The submission by Kyle Findlay doesn’t dig into these issues but rather looks at how social media reacted to the events. The research is fascinating and well worth a read, as he’s developed some useful graphics around it all. The true power of the medium will be seen in what changes come about. The article was first published on his blog.

I started collecting tweets that mentioned the controversy around Pretoria Girls High school’s hair policy (based on terms like “#StopRacismAtPretoriaGirlsHigh”, “hair AND racism”, etc.) a few days ago. I was a bit behind the curve, only picking up on it on the second day of action but still managed to collect 36,460 tweets from 30,175 different Twitter users. Let’s take a look at who the main communities were discussing this topic and what they had to say.

First, to set the scene, here’s what the overall tweet volumes that I collected looked like. The largest volume of tweets (aside potentially from the first day which I missed) was generated when the Sans Souci students entered the fray:

Here I’ve tagged the tweets mentioning each school and their related terms. You can see that Sans Souci really entered the picture on the 1st September, pushing overall conversation volumes up, although Pretoria Girls High still dominated in terms of overall mentions:

I then mapped the interaction network of users talking to and retweeting each other around this topic, and identified the sub-communities within it. It’s interesting to see how the international community picked up on the event. International users generated a significant proportion of all the tweets. The events particularly resonated with followers of international sites/accounts, @Blavity and @ajplus, but you can also see that many other international users’ posts about the incidents resonated with their own followers (recognizable by the little ‘firework explosions’ of retweets around key influencer accounts in the top half of the graph): 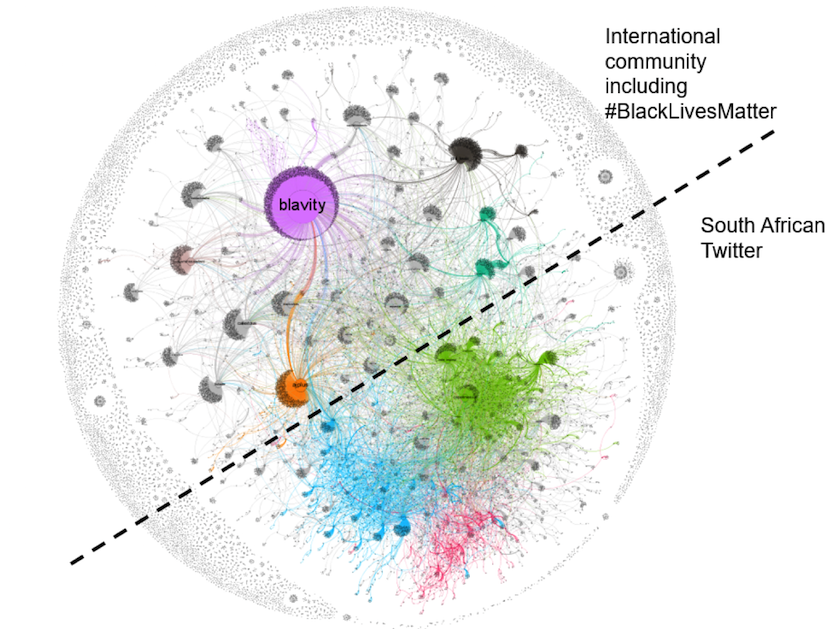 The other half of the conversation was made up by the South African Twittersphere, with the main local communities including Woke Twitter (think Rhodes Must Fall and various other fallists), Mainstream Twitter (including politicians and news agencies) and what I’ve called “Gauteng Twitter” (a mixture of races and political allegiances, making this community difficult to categorise but which seems centred around Pretoria and Jo’burg). I’ve highlighted these communities in the below graph. It’s important to note that, while these were the largest local communities, they only represented between 5-7% of users each and there were many other communities as well. In fact, the community distribution in this dataset is quite fractured, implying that there were many different groups discussing the topic. I’ve just highlighted a few of the largest. 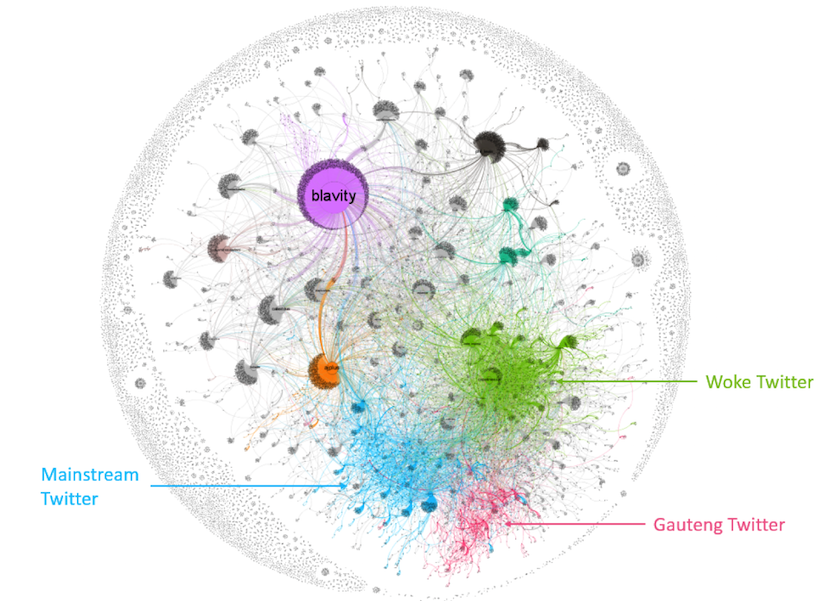 Finally, here are some of the most retweeted tweets from each of the communities that I’ve highlighted.

These were some of the tweets that really resonated with the various international influencers and their communities:

They were told by their school that their hair is "untidy." They are now protesting.#StopRacismAtPretoriaGirlsHigh pic.twitter.com/WEaRZqbQQF

Pretoria high students take stand over school wanting them to relax/straighten their hair because it looks 'untidy' pic.twitter.com/SZY0SxZmrW

Here are the top tweets in the Woke Twitter community. It’s interesting to see Independent Media’s Cape Times finding a place within this community since media houses seldom show up strongly within this highly decentralised community, except for The Daily Vox (whose in there too) and maybe Ground Up, but they often tend to cut across communities:

"The education department has been aware of the racism at #SansSouci – we've filed documents long before this" pic.twitter.com/bPOOyWC8xW

Pupils at #SansSouci Girls High School are protesting against "institutionalised racism" at the school. pic.twitter.com/TiUHGgbe5E

One of the pupils shows how they received a demerit for not speaking english at school #SansSouci pic.twitter.com/Yp0hj8k75e

The top tweets in the Mainstream Twitter community came from a mixture of influencers and politicians (including the EFF surprisingly):

Outrageous that in 2016 South Africa youth still need to fight racism and sexism in schools!#LawsonBrownHighSchool #PretoriaGirlsHigh

Let's get one thing straight–nothing about these girls (including their hair) needs to be tamed. #PretoriaGirlsHigh pic.twitter.com/a1AirlM86D

Please don't ever allow the prejudiced system of "society" to turn you into someone you're not!

ANC should not patronize #PretoriaGirlsHigh by joining picket lines.Rather they should explain how come after 22yrs in power thy did nothing

Finally, the Gauteng Community was the most likely to offer a different, more flippant, interpretation of the events although this was quite a diverse community in terms of language and race so its difficult to really capture the full picture with just these top tweets:

not to hate on pretoria girls high but this afro thingy has gone a bit far now pic.twitter.com/5lRVjHfdJC

So what are the conclusions to draw from this? Well, for one thing, most folks, black and white, seemed to recognise and support the girls’ protests. Also, I was surprised at the degree to which the incidents tapped into the international community, which shows us that the rest of the world has its eyes on South Africa and our race relations. We saw a similar thing during #FeesMustFall protests last year where the single most popular tweet was this one that tapped into the international community in a massive way:

White students knew police wouldn't hurt them so they made a human shield for black protesters. #uctshutdown pic.twitter.com/Oi9RCYHwYb