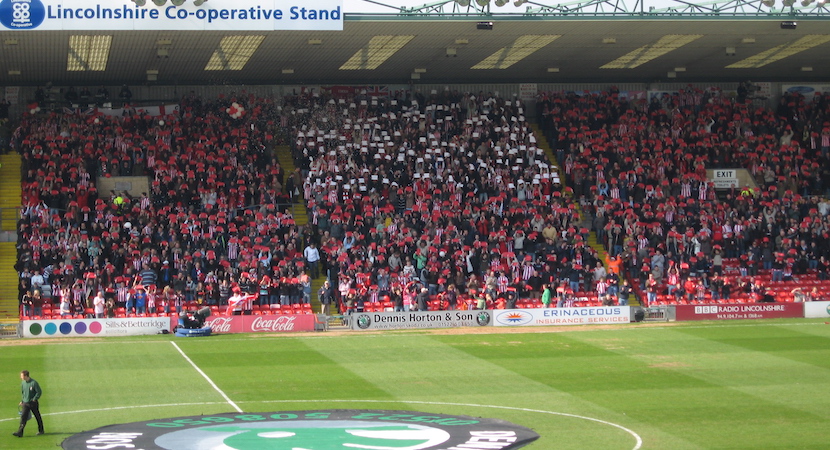 There is a strong South African link in the amazing rejuvenation of English soccer club Lincoln City which this week won promotion back to the professional football league after a six year absence. Last month the club was the first non-league side in 103 years to make the quarter finals of England’s prestigious FA Cup – beating three top ranked teams along the way.

Lincoln City’s revival owes much to the involvement of South African Clive Nates, who decided to get involved in soccer after retiring after a successful career in money management with Libam and Peregrine. Capetonian Nates picked the struggling amateur club because its chairman, who has a holiday home in Hout Bay, was prepared to allow him to be more than just a financial investor.

Using methods similar to those he employed when picking stocks, Nates spotted managerial duo Danny and Nicky Cowley whose arrival at Lincoln in May last year sparked the turnaround. Nates, who invested a reported £300,000 investment for a 25% stake, has also helped find the new players who have made all the difference.

Lincoln’s dream run in the FA Cup ended with a 5-0 drubbing at the Emirates Stadium. But it’s instructive that the club’s entire salary bill is only one tenth of that paid to a single player in that night’s opposition Arsenal team. Nates is clearly taking value investing to a new level.